It is time that women discover the Aztec Indian woman called Doña Marina by the Spaniards and La Malinche by her fellow Indians and demand recognition of her as a true heroine. She certainly had as great an impact on the history of the New World as any woman, yet has been belittled and defamed by male Mexican historians.

Perhaps unwilling to admit that the fall of the Aztec Empire was caused largely by a revolt of the tribes they oppressed, they have made Doña Maria a scapegoat. Some have painted her as a traitor, others as a harlot. Today, she is ignored. Information about her is scarce but digging into the Spanish Archives we find the words of Hernando Cortes, conqueror of New Spain and the man she served faithfully as interpreter, secretary, confidant and mistress.

Cortes wrote, “After God we owe this conquest of New Spain to Doña Marina.”

She also bore Cortes a son whom he acknowledged. Baptized Martin Cortes, he is the first ”Mexican,” ie, a mixture of Spanish and Indian blood, whose name and history we know. To learn more about this remarkable woman, we must turn to Bernal Diaz who was an eyewitness to the Conquest.

His book, “The Conquest of New Spain” is the only eye-witness account of the entire Campaign to be translated into English. Although he does not describe Doña Marina physically, he authenticates her pedigree, dedication to Cortes, the sincerity of her commitment to Christianity and always refers to her with respect and affection. We can only assume that she was attractive. As time went by, Cortes was offered many women. Always, he gave them to other Captains. Her linguistic ability assured Doña Marina her role as an interpreter but not as his only bed-mate. During the entire Conquest, their relationship was monogamous.

Let us meet this remarkable woman.

Born the daughter of a noble Aztec family, upon the death of her father, a chief, her mother remarried. Soon after she gave birth to a son. Probably at the urging of her new husband, she decided that he, rather than her daughter, should rule the village. To accomplish this, she sold the young girl to some passing traders and claimed she had died. They in turn took her to Tabasco where she wound up as the slave of the cacique, the military chief of the area. By the time Cortes arrived, she had learned the Mayan dialects spoken in the Yucatan while still understanding Nahuatl, the language of the Aztecs and most Non-Mayan Indians.

The first landfall of the Spaniards on their voyage of conquest was in a Mayan- speaking area. There, they ransomed a priest, Jeronimo de Aguilar, shipwrecked years before and held as a slave. He spoke both Spanish and the Mayan dialects. Thus he was able to act as an interpreter. At Tabasco, Cortes was presented with 20 young women slaves , who he proceed to convert to Christianity and baptize. One of them, christened Doña Marina, was about to enter the pages of history, for at the next port of call the expedition met envoys of Moctezuma, the Aztec Emperor, and found that Jeronimo de Aquilar could no longer communicate with the Indians.

That night, Cortes was told that the slave, Doña Marina, could speak and understand the language of the Aztecs, and the next day, she became his alter ego. She spoke no Spanish, but translated what the Aztecs said in Nahuatl to Mayan and de Aguilar relayed it to Cortes in Spanish. The importance of the ability of Cortes to communicate with Moctezuma played a vital role in the Conquest. Cortes sent message after message, proclaiming that he had come in peace and wished to visit the Emperor only to extend greetings from his own monarch.

The result was great indecision on the part of the Aztec ruler. There can be little doubt that had Moctezuma ordered an immediate all out attack on the invaders before they forged alliances with non-Aztec Indians, he could have driven them out of his kingdom. Without Doña Marina to interpret, sending these messages would have been impossible . Thus, from almost her first day as an interpreter, she helped insure the success of the Spaniards.

Almost immediately thereafter, she again proved invaluable when she helped forge an alliance with the Cempoalans. Without the ability to negotiate, provided by her, the entire course of the Conquest would have been different. We must remember that the Spanish mission was not only to find gold and jewels, but also to convert the natives to Christianity. In their minds, this was of prime importance. The role that Doña Marina played in this, is made clear by Diaz. There can be no doubt that she accepted Christianity whole heartedly and preached it sincerely.

As the Conquest progressed and she and Cortes shared a bed, Doña Marina quickly learned to speak Spanish and replaced Jeronimo De Aquilar almost completely.

As the invaders and their Cempoalan allies moved toward Moctezuma’s capital, a pattern developed. First an attack by the Indians whose territory they were entering, followed almost immediately by meetings at which every effort was made to avoid further bloodshed, enlist new allies, end human sacrifices and establish at least token Christianity. The treaty with the Tlaxcalans, negotiated largely by Doña Marina, brought the Spaniards their most valuable allies.

Always, Doña Marina served as the voice of Cortes. This symbiotic relationship led to the Indians calling her La Malinche. Bernal Diaz explains they always called Cortes, Malinche, meaning “Marina’s Captain.” Prescott, whose “Conquest of Mexico” is the best known book written in English rather than translated from Spanish, explains that the name means “Captain’s Woman.” Both indicate that the Indians knew full well that the words they heard were those of the Captain, Malinche, not La Malinche’s. Still, some call her a traitor, instigating the fall of the Aztec Empire. It is time to rehabilitate her reputation.

Perhaps the greatest injustice done to this woman is that historians fail to give her credit for saving the lives of thousands of Indians by enabling Cortes to negotiate rather than wage total war, killing all who opposed him and destroying their cities. There is ample evidence that Cortes was not out to destroy the Aztec Empire. To the very end, he sought to forge a treaty between Moctezuma and the Spanish crown which would have insured a steady flow of gold to the Spanish treasury. Equally important to him was conversion to Christianity and the end of human sacrifice.

It is possible that he might have achieved his goals for his first entrée to Tenochtitlan, ie, Mexico City, on November 8th, 1519, was peaceful. Using Doña Marina as the interpreter, Cortes and Moctezuma started an on-going dialogue aimed at both a treaty with Spain and the conversion to Christianity. Ultimately, it was the effort to destroy the religious practices of the Aztecs that led to a resumption of fighting between them and the Spaniards. To a certain extent, it was also an attempt to overthrow Moctezuma, who although still treated as Emperor by the Spaniards, was actually under house arrest. The final straw was the granting of permission by the Aztec Emperor for the construction of a cross and altar in a room in the main temple of the Aztecs. Bernal Diaz reports that this was accomplished at a meeting with Montezuma attended only by Cortes and Doña Marina. This led to an attack on the Spaniards.

Attempting to quell the uprising, Moctezuma addressed his fellow countrymen, but was attacked and wounded. In a final effort to again restore tranquility, Cortes now invited the leaders of the hostilities to a meeting in the great square of the city. With La Malinche as his interpreter, he made a last plea for peace, promising to depart the city. They stood on the very spot where Moctezuma suffered the wounds that were soon to prove fatal. Doña Marina’s courage in facing this hostile audience is remarkable.

The Aztecs listened to her with respect, but on June 30, 1520, Moctezuma succumbed to the wounds inflicted on him by his own people, and all hopes for a negotiated peace were gone. On the night of July 1, 1520, La Noche Triste, the Sorrowful Night,” the Spaniards, although suffering heavy casualties, managed to fight their way out of the city. Doña Marina went with them, mounted behind Cortes, which again attests to her courage and the high esteem in which she was held. The Spaniards could easily have left her behind. Too, she could have abandoned them and her new religion. Instead, she was willing to risk her life to flee with them.

For a final testimonial to her nobility of character, we turn again to Bernal Diaz. In 1523, long after the Conquest of Mexico was completed, he was present at a reunion between Doña Marina, her mother and half-brother. Despite the way they had treated her, she embraced them, gave them gifts of jewels and clothing, and sent them home, pardoned for the injustice they had done her. Her attitude was that what they had done had freed her from the worship of idols, and led her to Christianity. Because his Spanish wife now joined him, he arranged a marriage for her to Don Juan Jaramillo, one of his Captains.

She was a lady of importance, respected by all the Indians of New Spain. Bernal Diaz swears to the accuracy of this story and it by itself refutes all the charges that historians have fabricated to demean her. Who knew her better than her fellow Indians ? 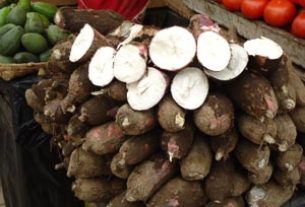 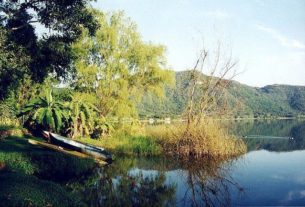 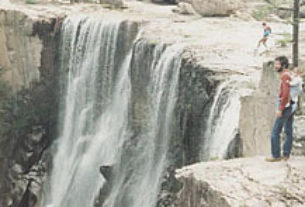