MexConnect is 25 years old this year! David McLaughlin launched MexConnect (originally Mexico Connect) in 1996 after many months of behind-the-scenes preparation. MexConnect was initially published as a monthly magazine, with an entire new selection of articles on various topics added every month.

The first homepage design (eg November 1996) had Living, Mexico Travel and Business sections, as well as an index and links to other sites. It also had a link to the online Mexico Connect Forum for readers to exchange information and ideas. (Click on each image to expand)

Progress was rapid. Within a few months, a separate Business Forum was introduced and the homepage streamlined:

By the end of its first full year online, MexConnect had grown and blossomed. By December 1997 it offered an online bookstore (yes, way before Amazon), photo galleries, a range of columnists writing monthly, and a powerful site search function (yes, way before Google). It was also clocking up awards, establishing itself as a premier content site.

This growth continued over the years. More forums were spun off the General and Business forums and more columnists were added. The quality of writing on MexConnect, whether fiction or non-fiction, was second to none. Its photo galleries covered the entire country and every aspect of its history, art and culture.

As the world caught up with MexConnect, easier, more flexible editing systems were invented. These allowed us to undertake a complete revamp and upgrade MexConnect to a specially-designed bespoke platform (similar to modern WordPress) in 2009 and adopt a more responsive layout:

This bespoke system served us well for many years. But, inevitably, we eventually reached a point where our platform was becoming outdated and unsustainable. Prior to his untimely passing in 2019, David was considering moving part or all of the site to WordPress in order to increase its flexibility and enable another redesign.

In his honor, and to ensure that MexConnect can serve its readers—past, present and future—for many years to come, we moved as much of the original site as we could in 2020 to its current platform and design. More than 90% of all the articles and photos published on MexConnect during its first 25 years can still be found on the site via menu options, tags, links and our search function.

In an age where everything has become digital and throw-away, MexConnect’s massive archive is both historically valuable and irreplaceable. 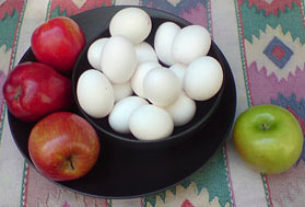 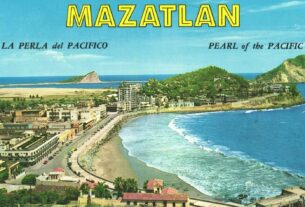 2 thoughts on “MexConnect celebrates 25 years on the web”