During the month of February . . .

1, 1867 The Battle of San Jacinto is fought in Zacatecas between Republican forces, commanded by Mariano Escobedo, and the Imperialist forces of Miguel Miramón. The Republicans win, and take about 500 prisoners, including 139 French soldiers and general Miramón.

2, 1530 Hernán Cortés commissions Nuño Beltrán de Guzmán to conquer the “interior”. Guzmán rapidly advances through what are now the states of Michoacán and Jalisco.

2, 1848 The Treaty of Guadalupe Hidalgo is signed in Mexico City, between Mexico and the U.S., putting an end to the U.S. Intervention. As a result of the treaty, Mexico has to exchange huge territories (2 million square kilometers) in the north (Texas north of the River Bravo/Grande, New Mexico, Upper California) for 15 million pesos.

2, 1861 The government of Benito Juárez passes the “Printing Law”, which enshrines the freedom to write and print anything provided it does not infringe respect for privacy, morality and public order.

3, 1939 By decree of President Lázaro Cárdenas, the National Institute of Anthropology and History (INAH) is created, Its first director is the archaeologist Alfonso Caso.

4, 1402 Nezahualcóyotl, son of king Ixtlilxóchitl, is born in the city of Texcoco. He ascends to the throne in 1431, reorganizes the kingdom and rebuilds the city. He becomes famous as a poet, philosopher, orator and legislator.

5, 1590 Friar Bernardino de Sahagún (Bernardino Ribeira) dies in Tlatelolco, Mexico City. De Sahagún was a missionary, educator and historian who arrived in New Spain in 1529. He was a strong advocate for Indian rights.

5, 1861 Regulations are published for the nationalization of church property.

6, 1917 The punitive expedition of U.S. general Pershing crosses the border back into the U.S. after eleven months in Mexico. The original motive for the incursion was to locate and apprehend Francisco (Pancho) Villa in retaliation for Villa’s attack on Columbus on March 9, 1916.

7, 1864 The internationally renowned pianist and composer Ricardo Castro is born in the city of Durango. He becomes director of the National Conservatory prior to his death in Mexico City on November 28, 1907.

7, 1903 Ricardo López Méndez is born in Izamal, Yucatán. He is best remembered for his exquisite poetry, including “Mexico, I believe in you”. Many of his poems are later transformed into popular songs.

8, 1847 The invading forces of the U.S., commanded by General Scott arrive in the port of Veracruz.

8, 1969 A meteorite, estimated to be 4 million years old, older than any previous known meteorite in Mexico, falls on the Valle of Allende in Chihuahua.

10, 1818 The birth in Mexico City of Guillermo Prieto, who becomes a poet, dramatist, and liberal politician. He holds numerous government positions and is a staunch supporter of the Reform Movement. He dies March 2, 1897.

12, 1779 The frigates “Princesa” and “Favorita” set sail from San Blas to explore the northern Pacific coast as far as San Francisco.

14, 1781 Valentín Gómez Farías is born in Guadalajara, Jalisco. A strong supporter of independence, Gómez Farías goes on to become President on five occasions. He dies in Mexico City July 5, 1858.

14, 1831 Vicente Guerrero is executed at Cuilapan, Oaxaca, on the orders of President Anastasio Bustamante.

15, 1925 In Mexico City’s Teatro Principal, the world is introduced to the musical novelty of the moment: “El Sonido Trece”, invented by violinist and composer Julián Carrillo Trujillo (born in Ahualulco, San Luis Potosí in 1875). The revolutionary sound is based on a system comprised of smaller divisions than a semitone. Carrillo dies in Mexico City on September 9, 1965.

17, 1519 Hernán Cortés and his crew set foot on the island of Cozumel after crossing the ocean from Cuba.

17, 1877 General Porfirio Díáz regains office as President. After 1884, Díaz remains in power continuously until he is forced out on May 25, 1911, as the Mexican Revolution gets under way.

18, 1913 On the orders of Victoriano Huerta, Francisco I. Madero and José María Pino Suárez, President and Vice- President respectively, are apprehended and forced to resign.

19, 1862 The Soledad Agreement is signed in Soledad, Veracruz, by representatives of Mexico, France, England and Spain. The agreement recognizes the government of Benito Juárez, and the European powers promise to discuss their foreign debt demands and restrict their troops to Tehuacán, Córdoba and Orizaba. However, the French government subsequently refuses to ratify the agreement and sends its troops into the interior of Mexico.

19, 1880 Álvaro Obregón is born in Navojoa, Sonora. Obregón becomes a distinguished soldier and politician , who becomes President in 1920. Later, shortly after assuming the presidency for a second time, he is assassinated (July 28, 1928) in Mexico City.

20, 1943 A brand-new volcano, subsequently called Paricutín, erupts in a farmer’s field in Michoacan. It attracts world-wide attention. In succeeding years of eruption, two villages, Paricutin and San Juan Parangaricutirimícuaro are lost beneath the lava.

21, 1910 The Mexican Red Cross is created. Its first director is Dr. Eduardo Liceaga, a physician from Guanajuato.

23, 1847 The Battle of la Angostura, fought on many fronts between Mexicans and U.S. invaders, comes to an abrupt end. The Battle appears to have been won by the home team, but that night their leader, Santa Anna, inexplicably orders his troops to retreat, leaving the enemy victorious.

24, 1534 The first geographic division of New Spain is established. There are four provinces: México, Michoacán, Coatzacoalcos and the Mixtecas, in addition to the (imprecise) territories of Tabasco and Yucatán.

24, 1821 The Plan of Iguala (or of the “Three Guarantees”) is proclaimed in Iguala, Guerrero by generals Vicente Guerrero and Agustín de Iturbide. The plan proclaims the independence of Mexico and has the motto, “Independence, Union and Religion”. One year to the day later, work begins in Mexico City on a new constitution.

24, 1978 During renovations for a building in downtown Mexico City, the ruins are uncovered of the Great Temple, the most important building in the Aztec capital of Tenochtitlan. Prior to the discovery, it had been thought that all Aztec constructions had been deliberately obliterated by later colonial buildings.

25, 1732 Tidal waves smash onto the Pacific coast, flooding Acapulco and many other ports, alarming the local populace.

25, 1775 The “Monte de Piedad” (National Pawn Shop) is founded in Mexico City by Pedro Romero de Terreros, the first Count of Regla and one of the richest men in Mexico. It continues to play a vital role in the lives of many citizens to this day.

26, 1854 Porfirio Parra is born in the city of Chihuahua. Parra becomes a distinguished medic, philosopher, novelist and scientist. He dies in Mexico City July 5, 1912.

27, 1882 José Vasconcelos is born in Oaxaca City. He becomes internationally known as an educator, historian and liberal politician and author of many books. He dies in Mexico City June 30, 1959.

28, 1525 Aztec Emperor Cuauhtemoc is executed at Itzancánac, in the modern-day state of Tabasco, on the orders of the leader of the conquistadores, Hernán Cortés. Cuauhtemoc had organized an heroic defense of Tenochtitlan, the Aztec capital.

Published or Updated on: January 27, 2020 by Tony Burton © 2008
Share This:
Tagged culture-customs history 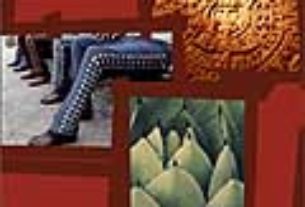