I was recently invited to write the prologue for a book on Mazatlán history, with the condition that I relate Mazatlán to Europe. As a Mazatleco who has been living in Switzerland since 1982, I felt half-fit for the job. My suggestion was that the prologue should relate Mazatlán to both Europe and the United States. The author agreed. Here’s an extract, focusing more on the U.S. since that is the origin of most of MexConnect’s readers.

Associating Mazatlán to Europe is not new. Some years ago, Mexico’s advertising campaign in U.S. magazines read ” Mexico, it’s a lot like Europe, only a lot closer” and showed a picture of Olas Altas — the ocean-front street of Old Mazatlán!

It is true. Mazatlán doesn’t follow the traditional Spanish city layout, dominated by a central Plaza Mayor with a church and city hall. Mazatlán had its first church built as late as 1842. Before that, Adolph Riensch in 1839 writes; “on Saturdays we used to party until dawn at local houses with inner patios and early on Sunday celebrate Mass at the same place.”

Mazatlán’s architecture is a portrait of the substantial German, Spanish and French merchant influx after Mexico’s independence from Spain in 1821.

But it is not only in our architecture where our history is written, but in the travel diaries of our visitors.

Among the American travelers, Herman Melville, who visited us in March of 1844, is one of the most illustrious. He had just joined the U.S. Navy and wrote about his experiences, mentioning Mazatlán in his classic ” White Jacket.”

Other members of the U.S. Pacific Squadron also painted watercolors and wrote invaluable notes which now serve as important building blocks for our early history . They include William Meyers, Henry Wise, Bull Watson and Lt. Tunis A. Craven. The latter describes Mazatlán, in 1848, as “the first civilized place we have visited since leaving Lima . . .  Mazatlán is a prettily situated and well built town, with its well filled shops, its inviting restaurants, its good market and its beautiful gardens . . . ”

Many U.S. soldiers fell in love with Mazatlán, but none more than Henry Wise, USN, who upon departing after spending half a year in Mazatlán, wrote: “I regard the half-year passed as among the most contented in my existence, and shall ever refer with many a yearning to those pleasant days in Mazatlán. Farewell Mazatlán! Adieu, ye black-eyed girls, who so detested the Yankees, and shed such pearly tears at their departure! Adieu to fandangos, bailes and tiny feet . . . in one sad sigh! Farewell.”

Let’s not forget that the war with Mexico was the first U.S. military action abroad and as such, the U.S. occupation of Mazatlán was eclectic in nature. To cite an example, the commodore would order the flagship’s band ashore and hold dances to which the local society was invited. No wonder Lt. Wise loved Mazatlán!

Later, in 1862, the French invaded Mexico. Once the U.S. Civil War ended, Lincoln’s government assisted Mexico’s strong resistance with weapons shipments. Most of the guns that reached Mazatlán came from San Francisco. An American called Frederick Fitsch and a German, Theodor Lemmen Meyer ( both of whom founded families in Mazatlán) were instrumental in introducing them.

Without the Monroe doctrine, Europeans would have intervened in Latin America as they did in Africa and Asia. Despite that, Lord Palmerston, the British foreign minister, couldn’t help giving arms to the Mayas in an attempt to procure their independence from Mexico and annexation to Britain (as with the mosquito coast, in Nicaragua).

During the Gold Rush, in 1849, many Argonauts eager to reach San Francisco’s gateway to the gold fields, were too impatient to sail all the way to Panama or Nicaragua, and took the overland route, mainly from Corpus Christi to Mazatlán, where they hoped to catch a ship heading to California.

In 1848, the ship “California” made American maritime history, since it was the first steamer to enter San Francisco, after a 144-day cruise from New York. At Mazatlán, a port of call for the “California” during that historic voyage, there was a mutiny which was put down only with help of the local authorities, since the ship refused passage to several hundred gold seekers who had trekked across Mexico. Upon arriving in San Francisco, within 24 hours the ship was deserted by her crew, so strong was the pull of the yellow metal.

The “California” belonged to Aspinwall and Howland, founders of The Pacific Mail Steamship Company. Joseph Conrad, in his novel “Nostromo, the House of Holroyd” was inspired byAspinwall, according to Conrad’s biographer Jerry Allen.

It is unknown if Joseph Conrad ever visited Mazatlán, but in his memorable piece “To-morrow” he mentions Mazatlán.

The one who got away is Longfellow who wrote his last piece dedicated to San Blas, Nayarit. It was called “The Bells of San Blas” and was inspired by an article published in Gleasons by a traveler who also visited Mazatlán.

Bayard Taylor, author of “Eldorado,” a classic in Western Americana, written in the 1850s, describes Mazatlán as “decidedly the gayest and liveliest little city on the continent.” Taylor includes a lovely painting of our city.

Among notable scientists who visited Mazatlán were Josiah Gregg in 1849, and in 1894, David Starr Jordan, founding member of the Sierra Club and the first president of Stanford University. Starr Jordan was on a shell collecting trip with his students, a trip that resulted in sending Mazatlán’s shells to European universities and museums. In the 1850s two collections of Mazatlán shells were taken to Europe. The first was taken to Germany in 1851 by one H. Melchers, and another went to London in 1857, when the British Library published a “Catalogue of Mazatlán Shells.” Other visiting scientists included Father Kino, Buschmann and Lowestern.

A special mention goes to the great ornithologist Andrew Greyson, who lived a decade in Mazatlán, working on his “Birds of the Pacific Slope.” Lately he has been given proper recognition in the U.S., and rightfully called “the Audubon of the West”. Greyson not only studied birds but was also a careful observer of social, artistic and military life. He lost his only son in 1867 during one of his observation trips.

During his lifetime Greyson was unsuccessful in trying to obtain support from the Smithsonian Institute, then in its infancy. He was also unable to obtain support from Maximilian, Kaiser from Mexico. When he passed away, on August 17, 1869, and was buried in Mazatlán (in the Protestant cemetery, of course), his wife remarried and carried his work to the U.S., where it now is situated in the Bancroft Library in Berkeley (like so much of the material mentioned in this article). The Arion press has published a bibliophiles’ edition dedicated to Greyson. The price: $5000 dollars a copy.

Harry Edwards, one of the founders of the Californian Theater (1869), visited Mazatlán in 1875, in his book “A Mingled Yarn,” he describes Mazatlán , especially the arts scene.

The famous American photographer Edward Muybridge took some classic photos here in 1875, as did the German Hugo Brehme. But it was the American Edward Weston, who visited Mazatlán together with Tina Modotti in 1923, who was impressed with what was his first visit abroad. He wrote: “We found life both gay and sad, but always life — vital, intense, black and white but never gray.” Weston made a historic photo in Mazatlán, a classic called ” The great white cloud in Mazatlán”, labeling it one of his finest and most significant photographs, as it meant an artistic departure from figurative into abstract art, or negatives with intention as opposed to matter-of-fact records.

Weston and Modotti enjoyed the Hotel Belmar where they cooled off in the August heat with ice cold beer . Finally they write about Mazatlán’s architecture with the row of identical pastel-colored houses.

Another celebrity visiting us in 1951 was Anaïs Nin, Henry Miller’s lover. She loved Mexico and also was a regular at the Hotel Belmar.

Actors John Barrymore, John Wayne, Gregory Peck, Yul Bryner and Tyrone Power were among the artists visiting Mazatlán. Locals loved seeing the screen heroes in our city, and applauded them — well, with some exceptions. Tyrone Power was once invited by a theater impresario to appear in person before a screening of his film, an invitation which Power gladly accepted. Once in the Teatro Rubio, which at that time was a movie house but now has reverted to its original identity as an opera house called the Angela Peralta Theater, the crowd applauded their hero. But when the Mazatlecos found out that the film hadn’t arrived, since the airline’s cargo had no space for the reels, the crowd exploded and booed both the impresario and Power.

Lately writers like Vicky Baum, Richard Willis, Emma Lindsay, E. Howard Hunt, and Lee Parker, among others have chosen Mazatlán as either the title of their novels or the setting

This list would be incomplete if we fail to mention American soldiers of fortune who joined Mexico’s Revolution, American miners, businessman, filibusters, outright pirates, prostitutes, clergymen, spies, and others who have colored our life and made Mazatlán the international city it is.

As we can see in this introduction to local history, Mazatlán has long been linked to American history, especially on the west coast. In another article we will spend more time with the early Spaniards, the Jesuits and Franciscans who were instrumental in colonizing California. No wonder so many Americans and Canadians feel at home in Mazatlán. 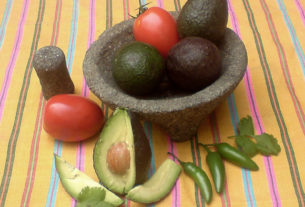 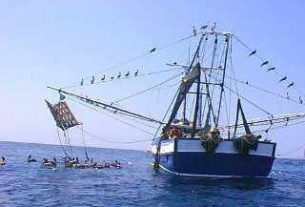