This is a wonderful mixture of fact and fiction about America, Mexico and baseball. The time of the story is the ‘40s when Mexico had great baseball teams and the Veracruz Blues “was the best ball club that ever was”. The story is about 1946, la temporada de oro, the season of gold.

How come you’ve never heard of it? Well, until Jackie Robinson, American team owners just couldn’t accept black and latino players, so those players were lured south of the border by one Jorge Pasquel, the prime hero/villain of this story. And, as you might expect, they were great players and great teams.

Pasquel, in the words of the narrator, “was (a) Mephistopheles, (b) Gatsby, (c) Barnum, (d) an egomaniacal war profiteer, (e) a liberator of oppressed athletes, (f) a civil rights pioneer, (g) a philandering murderer, (h) visionary who should be in the Baseball Hall of Fame.” Or perhaps he was all or none of the above. In truth, Pasquel, with his bribes, threats, connections and bodyguards, comes across more like a mafia boss or, say, a Mexican politician. However, although Pasquel created a great league in Mexico, little attention was paid to it by American club owners or Americans in general, simply because it was happening in Mexico and it involved black players. Such were the racist attitudes at that time.

All the games described in this novel actually took place although some of the players are fictional. I say some because a lot of real people walk through the pages of this novel…..Hemingway, Freda Kahlo, Diego Rivera, Babe Ruth, Gene Tunney and actress Maria Felix, to name a few. It’s this mixture of fact and fiction that makes Veracruz Blues such an amusing read.

In the Mexican league the umpires carry guns, and occasionally use them. It’s a league where an owner puts his arm around the pitcher and says: “Throw right down the middle. If you do not, not only will you never pitch in my baseball league, but I will have you shot.” And, as the narrator writes about one game: “No lead’s safe when you play ball two miles above sea level, where even the laws of gravity got no one to enforce ‘em.”

In Frank Bullinger Jr., Winegardner has created an excellent Runyonesque narrator for his story. Frank is a man who had hoped to write The Great American Novel and, instead, spent a lot of years reporting on the games in the Mexican League and then, in this reminiscence, created a damned fine Mexican/American novel.

There are wonderful little world weary asides, like: “Travelling tests a couple as much as, and to the same degree, as marriage. With travel you cling to the belief you will soon go home. Married people are always travelling.”

There are also longer meditations like the one on page 144 to 146 about the different attitudes to winning and losing of both Americans and Mexicans, which is a bit too long to discuss here.

“The Veracruz Blues”
By Mark Winegardner.

MexConnect is reader-supported. Purchases made via links on our site may, at no cost to you, earn us an affiliate commission. Learn more.
Published or Updated on: January 1, 2004 by Alan Cogan © 2008
Share This:
Tagged Alan Cogan book-reviews famous-people mexico-novels sport Veracruz 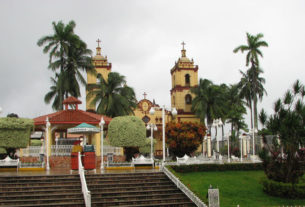 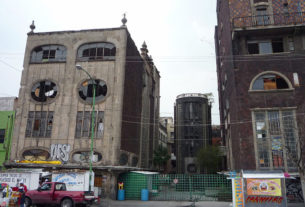