This is an odd volume. I originally bought it because it advertises itself as “a gathering of some of the best travel writing ever” about Mexico. However, you quickly find as you dip into it that not all the articles are about travel. Also, very few of them have been written in recent times. Indeed, a couple were written about 100 years ago. However, that’s not a criticism.

One of my favorites was penned in 1910 by a lady named Rosa E. King. Here’s what the editor has to say about her in one of his informative introductions. It will give you some of idea of the special character of some of the contributors to this interesting book.

“A young Englishwoman named Rosa King first went to Cuernavaca in 1905 with her husband. Two years later she returned as a widow, ‘a woman alone, with my way to make, and two young children waiting in Mexico City, depending on me.’ Never having worked before, and with little money and only one servant, she opened a tearoom in a street just off the zocalo …” I mean – really! – an English tearoom? In Cuernevaca? In 1907?

What follows in her account was, for me, absolutely fascinating because a short time ago I read (and reviewed) John Steinbeck’s book about Emiliano Zapata and in this account by Mrs. King, I found that she had met Zapata and had quite a unique perspective on the man. For me it added a great deal of background to Steinbeck’s account.

Not every article in this volume is a hymn of praise to Mexico. Read Graham Greene’s account of his trip to Palenque on the back of a burro in 1938. Greene has always seemed a rather sour, negative writer to me, but here he outdoes himself. For example:

Or, regarding the famous ruins at Palenque: “…little rooms like lavatories where a few stalactites have formed and on some of the stones are a few faint scratches which they call hieroglyphics.”

There’s plenty more from Greene in that same vein.

In total, this is an eclectic collection of very readable articles about various aspects of Mexico’s history, customs and traditions. If you want to find out how Taxco became a big silver producing town – it’s all here, and it’s interesting. If you’d like to read John Steinbeck’s impressions of the Baja they’re here, too, along with D.H.Lawrence’s account of shopping in Mexican village markets and Paul Theroux’s rather negative view of Nueva Laredo. And speaking of negative views, I can’t think of anything I’ve ever read that matches D. H. Lawrence’s disgust and outrage at attending his first – and only – bullfight.

There’s also an interesting account of shopping in the Toluca markets by Joseph Henry Jackson, who went there with John and Carol Steinbeck. And Katherine Anne Porter has an extremely moving article about the Virgin of Guadalupe, cerca 1919.

We foreigners drive and travel around Mexico these days on toll roads, with good hotels and restaurants along the way, all of us armed with excellent guidebooks brimming with information. The travellers in this book are the ones who crossed the border and started down dirt roads back in the 30’s and 40’s and, from their various accounts, you realize what adventures and risks they endured.

It’s not the kind of book to take on a trip to Cancun. It won’t tell you where to find a good pizza restaurant in Vera Cruz or the best place to buy pottery in Puebla or where the bargain hotels are located in Morelia. But if you want to broaden and deepen your understanding of this kaleidoscopic and colorful country here’s a good place to start.

I really liked it. I usually pass my books on to other people when I’m finished with them. I think I’ll keep this one on the permanent shelf.

The Reader’s Companion to Mexico
Edited by Alan Ryan

MexConnect is reader-supported. Purchases made via links on our site may, at no cost to you, earn us an affiliate commission. Learn more.
Published or Updated on: March 1, 1999 by Alan Cogan © 1999
Share This:
Tagged Alan Cogan book-reviews Chiapas culture-customs exploring-tourism famous-people history Morelos 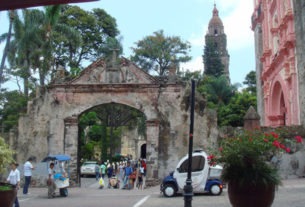 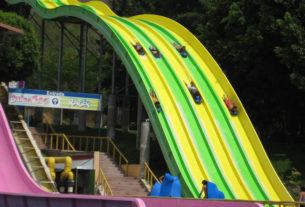 When in Rome… Mexican greeting practices in the business world