What a wonderful book this is for explaining some of the mysteries of Mexico. It’s not pretty stuff but one emerges with great admiration for the Mexican people and their ability to survive in a plainly rotten social and economic system.

Ms. Hellman, who is a Professor of Political and Social Science at York University in Toronto, has done superb research. She writes here about fifteen Mexicans in all walks of life. They emerge as authentic and likeable people, coping with problems that you and I can scarcely imagine. The people she describes range from well-to-do agri-business people to maids; from industrialists to a coyote who has been successfully smuggling illegals into California almost every night of the week for the last few years.

Josefina Valenzuela sets out for work at 6 a.m. every morning to clean five houses and apartments on the other side of Mexico City and returns around 11 p.m. She gets about $5 a day and works six twelve hour days each week. Commuting time each day is another four hours. And she considers herself lucky she doesn’t have to work in a factory for minimum wage.

Rosario Valdez takes a 16 hour overnight bus ride every week to Laredo, Texas, to buy used American clothing for resale in Mexico City. On her return trip across the border various officials regularly extract mordidas worth many times the value of the goods Rosario is carrying. “You have to understand,” she says, “that thousands of people at the border live from collecting bribes. The entire economy of cities like Nuevo Laredo rests on the money people extort from others. It’s a way of life.”

If you’ve ever wondered how the average Mexican lives in a country that has one of the most unequal patterns of income distribution in the world, this is a book which will give you a lot of insights. Ms. Hellman doesn’t avoid history and economics, but her stories are always told in terms of the direct experience of her fifteen subjects.

Bernardo Navarro, is an example of an industrialist who was hurt by government officials making decisions for the wrong reasons. A successful manufacturer of quality consumer electronic devices, he saw his industry almost destroyed as economic planners opened up his market to Asian competition, just so the government could make a splashy announcement about economic progress. “It is not an exaggeration to say that there were grown men who cried,” says Bernardo. “I mean we literally wept.”

At the other end of the scale is Lupe Gonzalez who rises at 3 a.m. every morning to get water from the communal pump for drinking, cooking and washing in the Mexico City building where she lives. 3 a.m. is her assigned time to get water. Sometimes the water comes in a mere trickle and she has to wait the full hour to fill the three drums she needs for her husband and six children.

Ms. Hellman is good at showing how all these people and the government’s policies are intertwined. For example, when NAFTA was announced, Rosario Valdez was allowed to bring the used American clothing she bought each week into Mexico without fear of molestation from border police. The police, in turn, cut off from that mordida, started harassing drug dealers or became drug dealers themselves. At the same time, so many people got into the used clothing business that it was no longer profitable. Rosario, a true Mexican survivor, found another business.

It’s hard to see how the Mexican system of corruption and inequality can possibly end. The government can’t really end it because it’s the tens of thousands of acts of corruption that keep the ruling party in power. Unfortunately, Ms. Hellman isn’t sanguine about it ever really ending. You won’t be either after reading this book.

Verdict: If you want to understand this country better, read “Mexican Lives”.

MexConnect is reader-supported. Purchases made via links on our site may, at no cost to you, earn us an affiliate commission. Learn more.
Published or Updated on: February 15, 2003 by Alan Cogan © 2008
Share This:
Tagged Alan Cogan book-reviews culture-customs family lifestyles 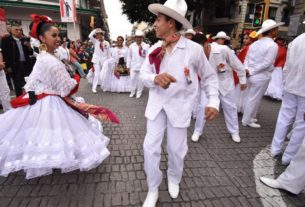