I started to read this book several years ago, before coming to Mexico, and didn’t get very far into it. It’s a formidable 1,038 pages in length and, at the time, I just didn’t feel I could go the distance. Also, the world that Jennings was describing was a bit too alien and the names of people were rather unpronounceable. There were just too many sentences like the following: The young man, about my own age, took only a single step inside and said, ‘The Tecútli Tlauquécholtzin, my master and yours, requires the presence of your son Chicóme-Xochitl Tliléctic-Mixtli at the palace.’ Not the easiest stuff to wrestle with when you’re in the mood for a comfy read.

However, after four years in Mexico and a recent visit to Mexico City I decided to pick it up again. I had just finished reading Hugh Thomas’s excellent book, “Conquest”, and had developed a more than passing interest in the Aztec civilization.

I’m delighted to say, on my second attempt, I found this novel to be a total winner. In fact, it just kept on getting better and better and I can’t recommend it highly enough. A couple of people described it as “that gory book” when I mentioned I was reading it. Yes, it’s gory, because it describes a society that was rather big on human sacrifice and a people who were rather beastly to neighboring tribes. But they had worthy things going for them, too. They built a wonderful city and produced great artists and created a viable civilization.

My hat is off to Gary Jennings for his scholarship, the breadth of his knowledge and understanding of the society he is writing about and for his ability to encapsulate all of this culture and history in one exciting narrative. It was a terrific story in “Conquest” and it’s a terrific story in “Aztec”. In fact, if you’re really serious about learning something about that era, both books complement each other rather nicely.

Jennings’ mode of narration is simply to tell the story of one man – Mixtli Dark Cloud – who, because of a defect in his sight has a special gift for observation. Because of this short-sightedness “he sees things close and true; he sees things as they really are”. I think this is just another way of saying he thinks a bit more objectively and clearly than you and I. Anyway, his personal gifts are recognized by an elderly seer and Mixtli is saved from the drudgery of being a quarryman like his father and given an education in a nobleman’s house. His talent for clear observation serves him well and he rises in the hierarchy and is eventually entrusted with official missions that allow him to travel the mountains, sea coasts, deserts and jungles of what is now modern Mexico, referred to here as The One World. At the same time, his humble beginnings and noble connections enable him to move easily across all levels of society, both humble and exalted. Through Mixtli narrating what is essentially his autobiography, we get ample opportunities to look at all aspects of the Aztec world.

As a character Mixtli has everything it takes to carry a 1,000 page novel on his shoulders. He’s a warrior, businessman, diplomat, traveller, linguist, leader, lover, husband, survivor and all-round hero. His unique place in society allows him to observe everything that goes on. And it’s a tribute to Jennings’ plotting that his presence at a number of key events and his friendship with several historical characters seems perfectly natural. He’s there when the first Spanish invaders arrive at what is now Veracruz. He’s even there when Hernan Cortes sinks his ten ships so that his men can’t return to where they sailed from but, rather, have to follow their captain on his brutal conquest of The One World.

Mixtli has many conversations with Cortes, the Saddam Hussain of his day, and Cortes’ Mayan girl friend, the arch-schemer Malíntzin, and other key historical figures of the times, such as Cortes’s officers and various Aztec nobles. Mixtli is also a confidante of the indecisive Motecuzóma who misses several chances to finish off the conquistadores at an early stage and thus allows his people to become completely conquered and enslaved. The complex motives of all these people are clearly explored.

The story of what happened to the Aztecs – or the Mexica, as they called themselves –is one of the great tragic episodes of history. The description of Cortes’s deliberate destruction of Tenochtitlan and the later enslavement of the populace is quite upsetting to read. The Spaniards also brought smallpox with them, a new disease for the Mexica. This also took an enormous toll of the populace.

However, Jennings reminds us that an immense amount of the Mexica civilization still remains today, most noticeably in place names. I guess I had just never thought of Queretero and Cuernavaca, Acapulco, Jalisco, Chiapas and so on as being Aztec names, although they’re often slightly altered in the book. Jennings has interesting things to say about them, bringing them alive as unique places in tribal history. A few others – like Sinalabola and Uluumil Kutz – might take a little more effort to recognize.

He also has much to say about accents and the way the different tribes in The One World emphasized the pronunciation of words. Some put the accent on the second syllable and others on the third. Others insist on putting accents on the last syllables of words. When I visited the pyramids at Teotihuacán a few months ago, our guide insisted on calling it Teotiuácan, and making it sound like Teo-ti- whacken. We asked him about this and pointed out that all the guidebooks put the emphasis on the last syllable. He wouldn’t agree and the matter never got settled. I believe now that he was of Mayan origin and that that was his way of saying the word. A small point, perhaps, but through Jennings’ book, I’ve become more aware of the diversity of people I meet in Mexico and that like we Anglos, they all have their different regional origins and accents and ways of expressing themselves – more, in fact, than us.

And in the Mexico City Times today the lead story was about 56 ethnic Indian groups protesting the government’s Chiapas policy in front of the senate. Some of the speakers, the newspaper reported, stumbled over the Spanish they had to use. Many of them spoke in their native languages…. mixteco, chol, tarahumara, zapoteco, náhuatl and zoque. So, as you can see, there are lots of traces of the old culture still very much alive.

But I shouldn’t make “Aztec” sound too historical and learned. This is a helluva good story with plenty of sex and violence and powerful characters. Yes, it’s gory and bloody in parts. For instance Jennings gives precise instructions on how to flay somebody, i.e. how to completely remove all their skin so that a priest can immediately wear it intact, using the arms like sleeves and the legs like leggings. (Hint: remove the head first.) What the heck – if that repels you, simply skim over it and get back to the main story line. As for those complicated unpronounceable names with all the q’s and x’s and xtls in them – well… hang in, you eventually get used to them.

A most pleasant surprise. For this reader it’s one of those rare books in which all those gushy comments printed on the covers are actually true. I’m glad I finally got around to reading it. Put it in your Amazon shopping cart right now! In fact, if you’re still in doubt, go and read several pages of reviews from both Americans and Mexicans on amazon.com. Obviously I’m not alone in my admiration for this novel.

MexConnect is reader-supported. Purchases made via links on our site may, at no cost to you, earn us an affiliate commission. Learn more.
Published or Updated on: February 15, 2003 by Alan Cogan © 2008
Share This:
Tagged Alan Cogan aztec book-reviews famous-people history mexico-novels 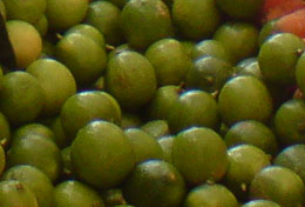 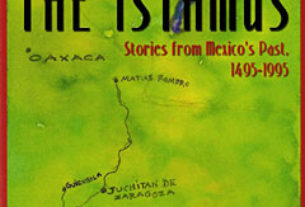 Did You Know? Puerto Vallarta in Mexico will become an island and float away