Bob Culbertson, a Border Patrol chief, is chasing Mexican border crossers somewhere in Texas when a light aircraft in obvious difficulties flies overhead and then crashes in the scrub. Culbertson and his partner go to investigate and find two dead men and 40 or 50 bags of cocaine in the aircraft. One of the men has a satchel with a pouch in it. Culbertson, for some reason, takes the pouch but doesn’t tell his partner. We are never given a good explanation as to why he does this. Later, when he examines it, he finds a collection of government documents which he believes are CIA papers.

Next thing we know, our man takes an immediate trip to Washington to visit his cousin, Phil Taylor. Phil is Commissioner of Immigration in the present administration and the official responsible for the Border Patrol. He is Culbertson’s boss’s boss. He is also a good old buddy of the President, Harry Butler, a Texan.

Culbertson shows Phil the documents from the pouch. It seems to refer to a possible para-military operation in Mexico. The contents aren’t very clear but they look serious.

Culbertson wants Phil to take the papers to the President and the next thing we readers know is that both Culbertson and Phil are in the Oval Office in the White House. And we’re only on page 22 of this rather incredible tale.

The plot outlined in the papers seems to involve an attempt to destabilize the Mexican Government, which has more than its share of top officials who are involved in drug deals and the murder of political opponents. The President takes the papers and, after his visitors have left, he destroys them.

The mysterious papers concern a plot that aims to carve up several of Mexico’s northern states and turn them into a new and independent country. The people behind this scheme are Texas oilmen and ranchers who are all good buddies of good ol’ boy President Butler. The schemers are after the off-shore oil rights that would come their way when the new country is created. A huge oil find lies off-shore, but it is in northern Mexican waters. Taking over the country is the way to get at it. There are others in the administration who support the plot as a way to solve drug and immigration problems that exist between the U.S. and Mexico.

The author keeps bouncing back and forth between various characters – both U.S. and Mexican – and he seems to want to keep it all as mysterious as possible. Thank heaven for the explanation of the plot on the fly leaf of this book which I had to keep referring to in order to stay oriented to the story.

Anyway, as we work our way through the various threads of this complicated tale, around page 40, we eventually meet up with Jim Kreeger, the CIA’s man in Mexico City. He comes as a bit of a relief as he’s about the only likeable character we have met so far. He’s also straight and honest but when he tries to dig too deeply into the plot he finds he’s fighting people in Washington who are scheming to get rid of him.

I won’t give away too much of the action, which involves kidnapping, treachery, back-stabbing, murder, threatened revolution and all kinds of shady political goings-on, all of them involving the CIA and SIN, Servicio de Informacion Nacional, the Mexican secret police.

If I don’t sound very enthusiastic about this story it’s because I objected to the constant nasty tone that is expressed throughout the narrative. Here’s a sample:

“Incidents of violence throughout Mexico increased daily. Leaders of the Mexican Human Rights Committee were toppled like ninepins. In the south, there were reports the army and the landowners’ pistoleros had shot squatters by the thousands, dumping their bodies in mass graves. In Tabasco, radical petroleum workers took revenge on their crooked union boss by hanging him from the chandelier in a restaurant where he was dining with visiting Japanese bigwigs.

“Such Mexican-against-Mexican violence normally might rate a page seven item in a Houston newspaper, and perhaps in Miami as well. In most other cities north of the border, however, such news would receive little notice….”

There are many such passages like that throughout this book. And I might sound rather naïve but is Mexico anywhere near that bad?

In any event I had a tough time finishing this one. I just found it rather incredible and unbelievable and I didn’t enjoy reading it very much.

In my humble O: A not too thrilling thriller.

Available from Amazon Books: Paperback
(Out of Print, however, used copies are available.)

MexConnect is reader-supported. Purchases made via links on our site may, at no cost to you, earn us an affiliate commission. Learn more.
Published or Updated on: February 15, 1998 by Alan Cogan © 2008
Share This:
Tagged Alan Cogan book-reviews border-crossings mexico-novels politics 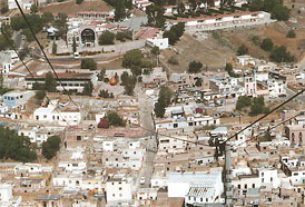 Zacatecas: an easy step into Mexico

Eggs: A Mexican Staple from Soup to Dessert

The art of peace: Art, music and theater in Cancun