HEALTH ADVISORY: Beware of the Mexican affliction widely known as “Mamítis”. Mamítis rears its ugly head in just about every Mexican family. It is insidious and slow to show its face, but once unleashed, it can wreak havoc on all those in its path. mamítis destroys relationships. It is dangerous, and should be given serious psychological attention as soon as any symptoms are identified. Precautionary measures could save your sanity, happiness, and personal relationships.

Of the most interesting phenomena that I have witnessed while living here in Mexico is ” mamítis“. Simply stated, mamítis is a fully grown child’s dependence on an over – worried, imposing, ubiquitous and omnipotent mother. The fixation with the mother is both the mother and the child’s fault. Neither one is willing to let go. While at first glance, mamítis is something warm, sweet, and seemingly innocuous, it runs rampant when it is not checked by an intervening third party, such as a wife, husband, daughter – in – law, or son – in – law.

Luckily my relationship with Carlos has been relatively unaffected by mamítis. My mother – in – law respects my independence and maturity. While these are qualities she doesn’t necessarily expect of her own daughters, she is able to recognize that I am capable of taking care of myself and making my own decisions. She still exerts a force over my husband, and even more so since we are still living with her until our house is finished in October, but in general she does not try to interfere with what we do as a married couple. I thank her from the bottom of my heart for this.

However, from time to time I realize the extent to which a Mexican mother worries about her adult children. Last week Carlos decided to go out for a drink with an old friend of his from school. He called to let us know that he would be a little late. Granted, he was more than a little bit late, but he is a grown, 27-year-old man. He is capable of making his own decisions and staying out past dark. Yet until this day Carlos’s mother is incapable of sleeping until everyone living in the house is safe in bed. She stays up in her bedroom watching TV and waiting to hear the sound of the key in the lock downstairs. Then she turns out the light and falls asleep. (Note: I am the youngest one in the house at 24 years old.)

Well, my mother – in – law was really worried that night. She couldn’t sleep because her son wasn’t home. She was waiting and waiting and waiting. It was raining. Finally in the middle of the night she knocked on the door of my room nearly in tears about how upset she was that Carlos still hadn’t arrived. By this point I was also a bit worried. The roads in Mexico get really slippery when it rains, and there are often some pretty horrible road accidents. Plus, Carlos really had taken a longer time coming home than we had expected. I must confess, however, that I was having a hard time comprehending how worked up my mother – in – law was about the situation. For a few minutes I thought she might have a heart attack. Her heart was racing, and she made me put my hand over her heart to see for myself how hard it was beating. She complained that her legs were hurting, and she was crying. My main concern at that point was calming her down. We called Carlos on his cell ‘phone and he was on his way home – about five minutes away. His mom finally started to relax. She went downstairs to have some tea to calm down and bring her heart rate back to normal. Finally Carlos waltzed in as if nothing had happened. My mother – in – law gave me full permission to scold him….hmmmm. I took advantage of that special permission and did just that – by then I was just annoyed by the whole scandal!

Now, please don’t misunderstand this story. It’s not that I don’t think this is a good thing on one level. I just wonder if my mother – in – law will ever be able to sleep when all her kids finally move out of the house. Right now, all three of my mother – in – law’s kids are living at home. That includes Carlos and I, his older sister and her husband, and Carlos’ younger, unmarried sister. Carlos and I are both ready to leave. We have bought all the basic necessities to be able to move in when the house is ready, and we are ready to rough it for a while until we have money to put in the kitchen cabinets, etc. For the moment, we figure we will be alright with a bed, fridge, and stove. I will be living out of my suitcase until we have money to put a closet in the bedroom.

However, I think our readiness to leave basically comes from the fact that we have both lived away from home. We are appreciative of everything my mother-in-law has done, but we are also reluctant to take advantage of her. Not to mention, we believe that you get married to start a new life with your new partner, not continue your old life as if nothing has changed. But this does not seem to be the norm in Mexico. It is not considered imposing if a son or daughter stays at home until he or she is married and even after. And when babies are born, children once again come home or mothers move in with their daughters to help with the baby.

For example, Carlos’ older sister and her husband are living with my mother – in – law. They have been married for two years now. For the first few months after the wedding they lived with my mother – in – law. Then they moved to an apartment that was literally right across the street. Whenever they were not working or sleeping they were at my mother-in-law’s house. They ate lunch and dinner at the house every day. In an American household this might be seen as a burden, if not for the time then certainly on the food budget. But in Mexico, the more the merrier. I have never once heard a Mexican complain of more mouths to feed or more people coming to visit – especially if the visitors are one’s children!

Last Christmas, Carlos´ sister found out she was pregnant. They let the lease on their apartment run out and they moved back home. The problem was, where would they sleep. Before she was married, Carlos´ older sister shared a bedroom with the younger sister. The solution to the problem was to move the younger sister out of her bedroom so that the older sister and her husband could sleep in the bedroom with the new baby. The younger sister was moved to the couch in the TV room where there is no air conditioning (a necessity in summer in Monterrey) and you can hear absolutely everything that is happening in all parts of the house. I honestly don’t know how she sleeps at night, but sacrifices are willingly made to accommodate family.

Carlos´ sister and her husband have a new house that has been in their possession for over 4 months. Yet they are comfortable living with my mother-in-law and show no real interest in moving out anytime soon. The pair spends all weekend with my in – laws. I never really see them alone together. The hardest thing for me to understand is how they are not simply dying to go live in their new house, fix it up, and raise the baby as a couple – obviously with considerable help of the family, but not necessarily 24-7.

My dilemma is that I am not sure that I will ever be ready to pack up and move back in with my in-laws – even with a new baby! But I worry that since the older sister did, I will be pressured or expected to as well. I will greatly appreciate the help, advice, and affection of my in-laws, but I am not the same person as my sister – in – law. I think that my future solution will be to invite my own mother to Monterrey for when the baby is born. I’d rather experience mamítis with my own mother!

On a more trivial note, I also have a hard time understanding the financial dependence that most middle class Mexican children have on their parents. Mexican parents have a tendency to spoil their children – even into their 20s. Not only are they given money, but they are also generally pampered in terms of not getting a job. I suppose the Mexican economy has part of the fault here. Unless you already have a college degree, there is not much you can do in Mexico to earn a decent salary. Minimum wage is so low here that unless you really need the money in order to eat, the minimum wage work is not worth the effort. But this lack of part-time work creates a dependency by the child on the parents. They expect to be given money, and the parents don’t instill in their children a respect for the value of hard work, earning money, and budgeting.

Budgeting is utterly lacking in most of the teenagers and 20-somethings that I have met in Mexico. This can become a larger problem when children eventually do go out on their own. They have no experience in managing finances. Most don’t even know how or where to pay the bills or how to make out a check.

Obviously these observations about mamitis are not true in all cases, but mamítis is certainly present in varying degrees in many families. I do not plan on having children for another two years or so, but I often wonder about myself. Will Mexico turn me into a mother tormented by worrying? Will I spoil my children? There are so many things I do love about the Mexican family, but I hope to find the right balance in my family so that mamítis doesn’t control me or my children. I think my American parents did a pretty good job with my brother and me. They were strict, yet caring-without being effusive and doting. I can count on them for anything, yet I am capable of taking care of myself thanks to the independence that they instilled in me. I owe them everything. I hope to imbue my children with a sense of the importance of family so present in Mexican culture, but also with the American idea that independence and individual responsibility are also essential.

And if I turn into a Mexican mother and raise children with mamítis, it may not be such a bad thing. At least it’s a kind of guarantee that my children will love and take care of me until the day I die. And I guess that’s not such a bad thing after all. 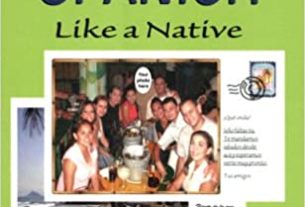