One of history’s recurring ironies is the spectacle of figures who die in defeat or disgrace, but emerge in future generations as heroes while the people who defeated them are downgraded to villains. Miguel Hidalgo, executed as a “traitor” to the Spanish crown, is today considered Mexico’s George Washington. Nathan Hale, hanged by the British as a spy, has become a symbol of resistance to tyranny. Helmuth von Moltke, judicially murdered for his anti-Nazi activities, is now hailed as a noble representative of the “other Germany” that opposed Hitler.

Then we have the example of Cuauhtemoc, last emperor of the Aztecs. Today, Cuauhtemoc is a universal object of veneration in Mexico. Streets, parks, stadia — even a brewery — are named after him. Yet Hernan Cortés, the man who defeated him, is so little celebrated that I have only encountered one street that bears his name. In Orwell’s term, Cortés has become an “unperson” — not “nonperson,” as the word is so frequently misquoted.

Though the exact year of Cuauhtemoc’s birth is uncertain, most historians agree that he was born around A.D. 1495. In his History of the Conquest, Bernal Diaz de Castillo writes that in 1520, the year he became emperor, Cuauhtemoc was “not more than twenty-five years old, and elegant in his person for an Indian.”

Cuauhtemoc was of royal birth, nephew to both Moctezuma and his brother Cuitlahuac, who succeeded him. He was also Moctezuma’s son-in-law, having married his daughter Princess Tecuichpo. Though relatively little is known of his career before the Conquest, William H. Prescott, in his definitive The Conquest of Mexico, writes that the young prince had “ample experience in military matters.” Adds Prescott: “He bore a sort of religious hatred to the Spaniards, like that which Hannibal is said to have sworn, and which he certainly cherished, against his Roman foes.”

Cuauhtemoc first became a high profile figure through an incident which may have been apocryphal. The Spaniards had seized the royal palace and were holding Moctezuma prisoner. Ironically, the emperor’s death was triggered by a clash between rival factions of Spaniards. Diego Velazquez, governor of Cuba, had sent an expedition to Mexico to overthrow Cortés, of whose success he was jealous. Cortés led part of his force against the new enemy, leaving a rear guard in Tenochtitlan, the Aztec name for Mexico City. Having successfully repelled the invaders from Cuba, Cortés returned to find that his lieutenant, the brutal Pedro de Alvarado, had provoked open revolt by killing 600 Aztec nobles. As the Indians besieged the palace, Cortés ordered Moctezuma to tell his subjects to disperse. Not only did they refuse but the shower of stones they directed against their captive emperor caused injuries that resulted in his death. The hail of stones began when a nobleman defiantly brandished a javelin at Moctezuma. According to legend, that nobleman was Cuauhtemoc.

Moctezuma was succeeded as emperor by Cuitlahuac. Moctezuma had been intimidated by Cortés because he believed the Spaniards were representatives of the bearded, fair- skinned god Quetzalcoatl. Cuitlahuac never believed the legend and set out to organize a determined resistance to the conquistadores. Though he only ruled four months before succumbing to smallpox, Cuitlahuac drove Cortés’s men out of Tenochtitlan during the famous Noche Triste (“sad night”) of either July 1 or 10, 1520, depending on which historian you read.

After Cuitlahuac’s death, Cuauhtemoc was elected emperor by a council of nobles. In the meantime, Cortés was regrouping for another attack on Tenochtitlan. Allied with him were the Tlaxcalans, traditional enemies of the Aztecs. Tenochtitlan in those days lay on a large lake. The Spaniards had built 13 brigantines while in Tlaxcalan territory and now planned to use the vessels in a naval assault on Tenochtitlan. Before mounting their offensive, Cortés called on Cuauhtemoc to surrender. The young emperor defiantly refused and announced that all Christian converts found in his lands would be sacrificed to the Aztec gods.

The attack was launched in March 1521. Cortés began with a reconnaissance in force to gain control of communities in the Valley of Mexico adjacent to Tenochtitlan. He got as far as the neighboring settlement of Tacuba before Cuauhtemoc drove the Spaniards and Tlaxcalans back in a determined land and naval counterattack. Then the tide turned again when reinforcements arrived from Hispaniola — the island that today houses the Dominican Republic and Haiti. With 200 more men, plus 80 horses, supplies and ammunition, Cortés was able to consolidate his hold on the entire Valley of Mexico.

The stage was now set for the final assault. The brigantines were launched April 28, 1521, and land operations began a few days later. Cuauhtemoc, realizing that his horseless troops were no match for the Spaniards in open country, became a master of urban warfare. Turning Tenochtitlan into an Aztec Stalingrad, he defeated the initial Spanish assault on the city and drove the enemy back to their siege lines outside the gates.

In the end, Cuauhtemoc was defeated more by famine than by force of arms. The Spaniards, backed by their Indian allies, seized the city market and the defenders were threatened with starvation. Indomitable as ever, Cuauhtemoc decided to raise fresh forces in the countryside to aid the beleaguered city. But he was captured while crossing the lake in a pirogue and, with that, all Aztec resistance ended.

At first, Cortés treated his foe chivalrously. “A Spaniard knows how to respect valor even in an enemy,” he declared. Then, to his eternal discredit, he allowed Aldrete, the greedy royal treasurer, to have Cuauhtemoc tortured to make him reveal the whereabouts of hidden treasure.

Cuauhtemoc, insisting that there was no hidden treasure, heroically stood up under the ordeal. In the end, a shamed Cortés delivered him from Aldrete’s hands. But there was a final horror. In 1525, Cuauhtemoc was serving as an auxiliary on a Cortés-led expedition into Honduras. Convinced by an Indian convert to Christianity that Cuauhtemoc was conspiring against him, Cortés had him tried for treason. Found guilty, he was sentenced to hang. Though even some of the Spaniards — notably Bernal Diaz de Castillo — believed the former emperor innocent, the sentence was carried out. Cuauhtemoc’s last words to Cortés demonstrate his unconquerable spirit: “I knew what it was…to trust to your false promises; I knew that you had destined me to this fate since I did not fall by my own hand when you entered my city of Tenochtitlan.”

At the time of his death, Cuauhtemoc’s official status was that of an army auxiliary guilty of treason against his superior officer. Then the forces of historical revisionism set in and, as we know, Cuauhtemoc is today one of the most revered figures in the Mexican pantheon. As for Cortés, his present position could accurately be described as that of the Unknown Conqueror. 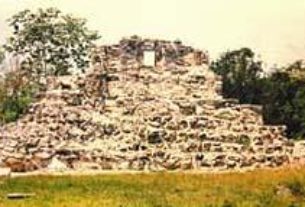 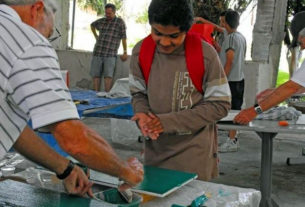