Foreigners in Mexico often complain about the quality of the potatoes. They are accused of everything from being unbakeable (too hard) or gummy (too soft). These are not baking potatoes, but in a number of Mexican recipes they do work quite well. When I first arrived in Mexico over 20 years ago, I heard a lot of the grumbling about the potatoes and how they were impossible to bake, so I decided to try them in Mexican dishes and use them the way Mexican cooks do, and not necessarily how they are prepared north of the border.

I started sampling different dishes that use potatoes, especially the terrific street food, which in my opinion is some of the tastiest in the country. I began with molotes, specifically the molotes de papa — potato molotes — at my favorite street stand in Cholula, Puebla, operated by the “molote ladies” and occupying a prominent place outside the entrance to the market. A central and southern Mexican street snack, molotes are made from fresh corn dough rolled as thinly as possible, folded over a variety of fillings, and fried until crisp and golden.

The filling choices are potatoes, Oaxaca cheese, mushrooms, chile strips, squash blossoms, tinga, and chorizo. Biting into a potato molote is an experience in both flavor and texture, as teeth penetrate the shell with a satisfying crunch that releases the soft, familiar food inside. When the taste buds are not quite primed for spicy tinga or hot chile strips, good old spuds are a welcome comfort.

I’ve also had potato molotes in Oaxaca, where the papas are invariably combined with chorizo, but the potato purist could easily request potatoes only, since just about all the good street food is made to order. Molotes are torpedo shaped in Oaxaca, whereas in the Puebla region, they are large, flat half circles, but both versions are delicious.

Another of my potato favorites in Oaxaca are the tortitas de papa — round, golden potato patties, seasoned with onion and queso fresco, and similar in texture to croquettes. The best ones I’ve tasted are sold in the San Pablo market, in the Etla Valley. Maybe this is because the area is known for its cheese, so possibly the queso that goes into these tortitas makes them special. The recipe itself is quite straightforward, so the difference is in the quality of the ingredients.

Another potato snack is papas en escabeche, a bar nibble that is usually complimentary with drinks. The cold, pickled potatoes with carrots and jalapeños are speared with toothpicks and make a fine accompaniment to ice cold beer. This is served all over the country, usually as the first botana, or snack, with the first round of drinks. Other, more substantial botanas are served with subsequent rounds.

Common in homes, especially for cena, the late night supper, are tacos filled with potatoes, often combined with onions, green chile, chorizo, or any combination of these. The filling is simply placed on a soft tortilla — flour in the north, corn in the south — and folded over. When rolled tightly in a corn tortilla and fried, these are called taquitos de papa, and are usually topped with shredded lettuce, cream and salsa.

A more sophisticated potato creation, usually served as a side dish, is the northern Mexican papitas al ajillo, very small new potatoes flavored with garlic and cumin. These go well with the grilled beef dishes so beloved by the norteños.

The very small new potatoes, both red and white, are increasingly found in Mexican markets, but this was not always the case. Twenty years ago, the most common potato variety grown in Mexico was the round, thin skinned, yellow fleshed alpha, which still accounts for a whopping 60% of total production. However, these days the other 40% are varieties that have become a lot more common in recent years, including red potatoes and very tiny new potatoes.

A total of 22 Mexican states grow potatoes, with over half the total yearly production coming from the western states of Sinaloa and Sonora. Other important potato growing areas are Guanajuato in Central Mexico, Chihuahua in the north, and Veracruz, on the Gulf Coast. (In the western Veracruz mountain town of Zongolica, the thick beverage called atole is frequently made with potatoes instead of corn, making it one of the most unique beverages in Mexico.)

Considering that potatoes were not grown much in Mexico until the mid-19th century, and did not become a crop of any importance until the 1950s, it seems amazing that the yearly per capita consumption of spuds is nearly 38 pounds. In the decade between 1994 and 2004, potato consumption grew by 65%, with most potatoes sold as fresh produce, only 14% going toward the manufacture of chips, and even less to frozen products, which are still expensive in Mexico.

But how did these versatile tubers get to Mexico, and why was Mexico unjustly accused of being responsible for the Irish potato famine?

Potatoes are the tubers of a plant known botanically as Solanum tuberosom, indigenous to the Andean countries of South America. First cultivated in the Peruvian Andes 8,000 years ago, the potato was the major sustenance food of the region. Although the presence of wild potato plants in Mexico indicates that the country lies within the potato’s area of origin, the cultivated varieties were brought to Mexico by the Spanish explorers, who were responsible for the exchange of so many plant species from country to country.

As to the Irish potato famine, the cause of the blight that made the potatoes rot in the fields was a Pythophthora infestans, a water mold (as opposed to a true fungus, which does not contain cellulose or store starch.) The rot first appeared in eastern North America in 1843, and spread to Europe on ships crossing the Atlantic.

In the 1970s, another potato blight struck Europe, this one directly traceable to a wild genetic variety of Pythophthora infestans in the Toluca Valley in Mexico. Because of this, late 20th century thought on the matter assumed that the Irish potato blight of the 1840s had also come from Mexico. But in 2007, the true origin of the devastating Irish famine was discovered by comparison of DNA from Pythophthora infestans in the Andes, in Mexico, and in preserved material from the infected Irish plants, from which century-and-a-half old DNA could still be isolated. As it turned out, the South American strain was the culprit.

When choosing potatoes in Mexico, look for smooth skins, and leave the flaky ones behind. If buying red potatoes, be aware that a too-bright red color often indicates that the potatoes have been dyed. Avoid potatoes that are too soft, have a greenish color, cuts, sprouts or blemishes. A uniform size ensures that they will all cook in the same length of time. Store potatoes away from light, in a bag that allows them to breathe. If using a plastic bag, make air holes, and if using a paper bag, leave the top open. Avoid sprouting by keeping the potatoes away from onions, which cause them to sprout faster, and out of the refrigerator, where the low temperatures cause the starch to turn to sugar and the moisture hastens sprouting.

Potatoes should be gently scrubbed with a vegetable brush before cooking, and remove any sprouts (“eyes”) or green tinged spots. It is not necessary to peel potatoes, and indeed many nutrients are found in the skin.

Potatoes are low in fat and high in vitamin C, iron, potassium, magnesium and antioxidants. Because they are high in carbohydrates, there is a misconception that they are fattening, but this is mostly due to the foods that often accompany them, like butter, sour cream, cooking oil and gravy. Following are a few favorite Mexican ways to prepare potatoes. 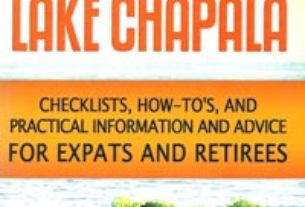