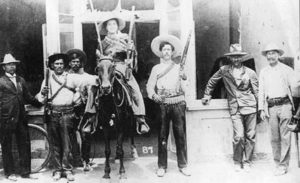 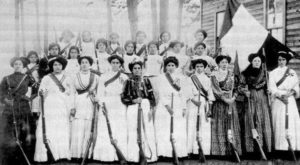 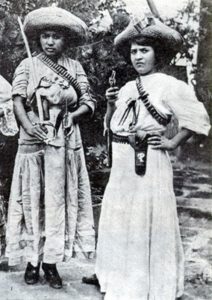 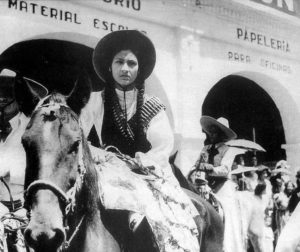 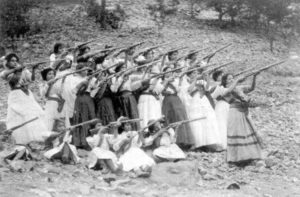 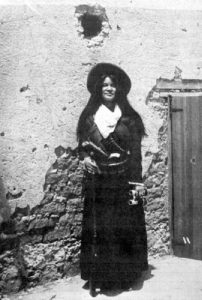 Long before the first European set foot in what is now Mexico, indigenous women not only followed their male fellow-tribesmen into battle but in many instances took up the arms of those killed or wounded and stood shoulder to shoulder with the tribe’s warriors. Archeologists believe that over a period of time the most valiant of these women became enshrined as war goddesses. The best evidence of this comes from myths and records of the Mexicas, the tribe that came into the Valley of Mexico from the North and recreated themselves as the Aztecs. One of their legends as recorded in the Selden Codex (AD.1035) tell us about a Warrior Princess named Six Monkey who defended her right to the throne by personal force of arms. The Codex has a pictograph of her, armed with a spear and carrying a shield, capturing a prisoner. While she is a mythical character, experience has led historians to believe that most myths are based on actual events, perhaps exaggerated.

There are artifacts in various Mexican museums that clearly depict women, either human or mythical, armed with swords and carrying shields. As time went by the male warriors introduced male war Gods and the female warrior/goddesses were forgotten but this did not end women’s presence on the battlefield. Now they were relegated to serving the male warriors by cooking food and carrying supplies. Many of these women were the wives of male soldiers. At the same time another group was organized to give sexual pleasure to the younger, unmarried men. At times some of these women did take up arms but this was not encouraged. Instead, they were expected to act as cheerleaders, spurring the warriors on to greater efforts. However, the idea of women warriors was firmly implanted in the native Mexican culture.

When the Conquistadors arrived in Mexico, they were accustomed to using women as a Quartermaster Corps. The word Soldadera that has come to describe Mexican Women soldiers came with the Spaniards. In Spain they had used women to take their pay, the soldada, and buy them food and other supplies. They continued to depend on them in the New World but now Indian women took over the task. Since they could no longer buy food, they were forced to forage, often seizing things by force of arms.

It is very difficult to find absolutely accurate facts about the role of women in the Conquest of Mexico in the standard histories of Mexico. In her book, ” SOLDADERAS IN THE MEXICAN MILITARY” the author, Elizabeth Salas, an associate professor of Chicano studies at the University of Washington claims that at least 8 “Castilian” women came to the New World and joined Cortes. She names them and lists their exploits. Yet the name of only one of them, Maria de Estrada, is mentioned by Prescott in his ” History of the Conquest.”

He confirms that she fought valiantly in the retreat from Tenochtitlan and also says that there were “several women, both native and Spaniards” with the retreating Conquistadors. Perhaps when Prescott published his book in 1843, details about the actions of the other Spanish women was not available to him.

Bernal Diaz, an eyewitness to the Conquest, mentions none of them by name. However, writing about a banquet in Coyoacan to celebrate the capture of that city that came at the very end of the Conquest, describes a general scene of drunkenness, ending in a dance in which, I quote, “soldiers led out such Spanish ladies as were there.” He latter scratched this paragraph from his final manuscript. This again confirms that there were some Spanish women with the Conquistadors.

His account of the Conquest is generally accepted as fairly accurate and since he writes about La Malinche in very flattering terms he does not seem prejudiced toward women. Yet, it is possible that finally male chauvinism led Diaz to completely ignore these women and their exploits in combat and retract his single reference to them. While Mz. Salas describes some of them as wives of Conquistadors, some doubt of the total accuracy of these reports lingers because she describes four of them as black. This ignores the highly exaggerated Spanish notion of puro de sangre, purity of blood so prevalent among Castilians. Perhaps the problem lies in describing them as “Castilian.” Because Cortes departed for Mexico from Cuba it seems unlikely that truly “Castilian” women join him.

The biographer of Cortes, Lopez de Gomara, who reports on the speeches and correspondence of the expedition’s leader in great detail, found no reference to Spanish women. Perhaps it would be more accurate to describe these women as being “originally from Spain.” Be that as it may, there can be little doubt that some women joined the Conquistadors in combat although verifying their exploits is difficult. Even if the reports of their actions made by Mz. Salas cannot be totally verified, Soldaderas most certainly did participate in the Conquest of Mexico.

Of course the vast majority of women involved in warfare during the Conquest were Indian women defending their homeland. As recorded in a surviving Aztec Codice, in the final days of the battle for Tenochtitlan, Cuauhtemoc, now the Aztec ruler, ordered the women of the city to take up swords and shields. Climbing to the roof-tops of the city, they rained darts and stones down on the invading Spaniards. This too has been ignored. While there may be some lingering doubt about the exact role of women in the Conquest, their participation in the Mexican revolution is well documented. However, now they were oft times classified simply as camp followers or prostitutes. Perhaps here too male chauvinism played a part in denying or minimizing the truth that female Soldaderas often stood shoulder to shoulder with male soldiers and fought to the death.

There were some all female contingents. I refer you to https://www.actlab.utexas.edu/~geneve/zapwomen/goetze/paper.html where you will find pictures of uniformed all-woman companies that saw active service during the Mexican Revolution. There are also old pictures dating back to 1915, available in Mexican book-stores, that show armed women. References to them in Mexican History are scarce. In fact most high-ranking Military Officers felt that those who were simply camp followers hampered the rapid movement of troops and sought to ban them. This ban also included those who sought roles as combatants.

In the aforementioned book, ” Soldaderas In the Mexican Military,” Elizabeth Salas goes into great detail, listing the names of many Mexican women who particularly distinguished themselves as Soldaderas. One of them is Catalina de Erauzu (1592-1650). She had been forced to become a nun but abandoned the convent. Arriving in Mexico in 1630, she became known as La Monja Alferez (the Nun Ensign). Coronela Juana Ramona Vda. De Flores known as ” La Gurera” and ” La. Generala” Petra Herrera were active between 1910 and 1920. Mz . Salas has authenticated them by publishing their pictures in her book. The book also contains many other pictures of anonymous women, armed, that substantiate the role of women as soldiers. However, it is extremely doubtful that their daring had any substantial influence on the overall role of women in Mexican Society.

If they live on at all in the culture of present day Mexico is because they have caught the eye of moviemakers, song writers and novelists. It is a fictionalized ” Adelita” a girl with a heart of gold who was the “sweetheart of the troops” that became the heroine of countless corridos. These are songs of romance, often a fandango, accompanied by a guitar. They portray a woman who had many romantic relationships and rivalries with other soldaderas but finally ends up redeeming herself as a true patriot. However these songs, movies, even ballets, have perpetuated an image of a Mexican woman Soldadera as a sex symbol rather than a true soldier.

While it is true that the vast majority of the Mexican women who were involved with the military were non-combatants, it is also factual that thousands of these women lost their lives while performing their very necessary tasks. Because many of them did become involved sexually with the soldiers they served, either for love or for money, it has become too easy to dismiss all of them as simply prostitutes or else simply ignore their existence.

It is possible that as time goes by they will finally receive more recognition and inspire Hispanic women by their courage. It appears that the book by Mz. Salas has inspired more interest among Chicanas in the United States than it has among women in Mexico. If a Spanish translation is published perhaps they too will recognize their heritage. 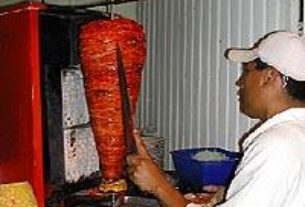 Wrap It Up: A Guide To Mexican Street Tacos – Part 2: Nighttime Tacos