Mexico is sometimes referred to as the land of Mañana” Those of us who tried to look up the word in dictionaries before coming here, could not find it in the Spanish to English section. Believing that it meant “tomorrow,” we then looked in the English to Spanish Section. There it was, “tomorrow.”

Reassured, we headed for south of the border. Never even wondered why we didn’t find the word when we first tried to look it up. It should have been a warning to us. Like many things in Mexico, it just isn’t that simple. It was only after we lived here for a while that we began to understand the word. It certainly does mean tomorrow when saying good-by, but at other times, maybe not. We found out the true meaning of the word, when a plumber, electrician, carpenter, auto mechanic or other tradesman told us he will take care of our problem Mañana.

He didn’t mean tomorrow at all, just, – not today.” By now, we know the word also means, “in the morning”. When the man we’re waiting for doesn’t show up we start to wonder. Did he mean Mañana, tomorrow, or en la Mañana, some morning of some Mañana? We’re learning that Mexican society operates within its own time frame. It leaves time for socializing and attending to personal affairs. It gives priority to living rather than working. It also produces a word, momentito. The accompanying hand signal given with the first finger and thumb, indicates a small delay. The actual wait can stretch almost to infinity. Always carry a good book. Maybe a biggie, like ”Gone with the Wind.” A friend of mine swears he read the whole bible, during momentitos. He sure can quote scripture!

This elastic time system may make Mexicans sound like liars. T’aint necessarily so. They are just trying to eliminate angry confrontations. They tell us all will be well. We leave, happy, enjoy the rest of the day. Would it be better to know in advance that it might be days before the craftsman shows up?

They’re teaching us another Spanish word, esperar. It means to hope and to wait. It’s made to order for those who live in Mexico. That tradesman offered us hope. All we have to do is wait. Besides, even though he’s got four other jobs scheduled before ours, who knows what tomorrow will bring. The other jobs might fall through or, he might wake up feeling that our problem is just the one he feels like working on today. It’s sort of like playing black-jack. Nobody knows what the next card will be.

Attempting to understand the origins of what an unkind observer might call a pattern of deception, deliberate or otherwise is difficult. One possible reason is that Mexicans are a very kind and polite people. They seek to please. Thus, the tradesman who can’t supply a service promptly, seeks to reassure rather than upset us by a flat out ” its not possible until”. What he is really saying is, “don’t worry, the job will get done”. He may be somewhat less than candid, but he is certainly not being malicious.

Perhaps another reason for less than candid communications, can be traced to the history of the country. Their ancestors were enslaved, exploited and robbed of their land. Politicians who promise everything and do nothing have betrayed them. At least two Presidents of the country and three Governors of Jalisco have vowed to solve the problems of pollution here at Lake Chapala.

Don’t hold your breath. Mexican’s have learned to bury their anger and impatience. They laugh, sing and smile, hiding their frustrations . They live for today. Let others worry about Mañana.

Despite the fact that periodically U.S politicians bad-mouth Mexico’s war on drugs and that their kinsmen who have migrated and settled north of the Rio Bravo are often treated like second class citizens, there is almost no overt “anti-gringo” feeling. Mexicans are a tolerant and forgiving people.

Addressing the first charge, those of us who drive to the border, find the Mexican Army out checking and inspecting cars on the roads leading north. Do they catch many drug dealers ? Probably not, but they certainly discourage amateurs from trying their hand in the trade. As for the second scenario, racism is an integral part of the North American social system. It is alien to Mexico, home of a very racially mixed population.

The secret of living here happily is to adopt the Mexican time-frame. When you do, you will find yourself free from deadlines, unafraid to postpone things or be late for appointments. Take the time to talk with friends, smell the flowers. Retire from the stress that the clock and calendar have imposed on us. We are not going to change the habits of our Mexican hosts. We came of our own free will. We were welcomed. Let us act as guests.

Relax, be patient. When that tradesman does finally show up, extend a hand in friendship and greet him with a smile. Throw in a few por favors and gracias into the conversation. Now, you know that Mañana really does come. But if he doesn’t finish the job and leaves, saying hasta Mañana, remember, it’s only a polite phrase. 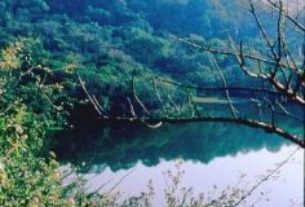