Great books are the hardest kind to review. There’s just too much temptation to toss out the usual lauds and accolades which make for fine back cover blurbs. And then there’s the trap of comparison to other great authors and works. CROSSING OVER: A Mexican Family on the Migrant Trail is one of those great books.

Rubén Martínez has been called the new Steinbeck, compared to Jack Kerouac and Oscar Lewis and James Agee and George Orwell, but the writer – urban planner, thinker, multi-media journalist, musician, and child of opera singers – has carved a niche all his own. To call him a professional Hispanic would totally miss the mark, and he certainly doesn’t have campesino roots.

Let me start with how I read this book after ripping a copy from David McLaughlin’s hands the first weekend in September, insisting that somehow I was more qualified because, after all, I’d been to Cherán and Los Angeles and I already knew part of the story. The death of three brothers, illegals on their way to pick strawberries in California who died in the back of a camper packed with twenty-four other migrants in a highway chase by the U.S. Border Patrol made big headlines back in their homestate newspaper LaVoz de Michoacán in April 1996. And “The New Americans,” a multi-media web exhibition and “virtual journey” written by Rubén Martínez, sponsored by the Fideicomiso para la Cultura Mexico/USA Mexico’s National Fund for Culture and the Arts (FONCA), the Rockefeller Foundation, the Bancomer Cultural Foundation, The Santa Monica Museum of Art, the California Council of the Humanities, Trisha Ziff, and most of all, the folks at ZoneZero, had already brought the story to the forefront..

I didn’t read the book at one sitting, marking important passages with a yellow highlighter, even though that’s the way I thought I was going to read it.

Only a few days after September 11, I left Morelia for a quick business trip to the States. Somehow Sidney Sheldon’s The Sky is Falling just didn’t have the right fit for a flying read, so I picked up my copy of Crossing Over. I’d already read most of it before, but I needed the soothing feel of a place like somewhere in the Meseta Purépecha where all was safe. The book is in my hands while I wait at the gate at Morelia’s International Airport when a twenty-something young man approaches me. “My name’s Alejandro, and I just want to talk to someone,” he says. Well-dressed and speaking flawlessly standard American English, he tells me that he was from Napa, had been visiting his birthplace in Apatzingán, and that he noticed the title of the book Crossing Over: A Mexican Family on the Migrant Trail. He tells me that he dropped out of a California college after a year and a half to make money in the dot.com industry, that he loved Mexico but could no longer understand it or why, that he should buy real estate somewhere in Michoacán, and that his next step would be to enlist in the U.S. Army. He tells me how hard his mother worked to raise him after leaving her wife-beating husband, and how she would never return to Mexico. He complains that the Spanish he now speaks is not the Spanish of his cousins who remained in Mexico, nor the customs and expectations the same. And he tells me that the memory of the tunnel he passed through to the Other Side as a five-year old with his family will never leave his mind, haunted by shouts of “Run, run” as they sped past rats and darkness.

One month later, on October 14, 2001, heading back home from another trip, I am standing in line at SFO’s Mexicana ticket counter, waiting to check in for Mexicana’s Flight 123 bound for for MLM, departing at 11:12 p.m. It’s good to hear my brand of Spanish being spoken again. I am the pink-faced, green-eyed, flaxen-haired one whose face resembles the masks worn by the dancers of Los Viejitos, schlepping matching Tumi luggage loaded with a colonist’s harvest from Trader Joe’s and Barnes & Noble. Only the wearied look of someone bearing the return end of a ticket and the heft of my cargo keeps me from resembling any other tourist. All the other passengers wait to check enormous duffel bags seen only in Mexican markets and giant boxes bearing the names of electronics companies. We are each doing our part to fulfill the maximum baggage allowance. A wizened old man asks me to fill out the required information on his luggage tag. Saul Rivas is his name, and he’s from somewhere near Uruapan, he says, adding only that his direccion is ” casa de nino.” His mannerisms reveal that he’s a first-time flier.

In the space of just eight weeks, my copy of Crossing Over and I cross over to the Otro Lado and back six times. As I stand in line at Mexicana counters at LAX, ORD, and SFO, I realize that I’m just as much a migrant as those bearing the green passports of Mexico and documentation only in Spanish. Only I’m headed in the other direction. And nearly all of us are legal.

Cherán is a one-Pemex station town of about 30,000 souls just up the road from the famed guitar capital of Paracho. Not a particularly attractive town, it’s the kind of town whose motto might as well be “Get me outta Dodge,” not unlike those desperate and bleakly futureless burgs of the Midwest whose economies are fueled by methamphetamine factories in rusted trailers and the promise of a new prison. There’s a wistful cultural dichotomy between those left behind and forgotten and those still maintaining a connection with and remittances of about $3,000,000 USD each year from family living in the Promised Land. Those who maintain and build Cherán’s future are few. This is a town where satellite television beams HBO and CNN from the United States, and where a corner grocery might be stocked with unsold and unwanted items ordered by a well-meaning bureaucrat from the distant state capital of Morelia who hasn’t the faintest clue of what brand of cigarettes they smoke in Cherán. It’s a cruel and dyslexic juxtaposition, neither here nor there yet part of both.

Cherán’s sons and daughters are scattered across a broad swath of the United States from California to Illinois and Arkansas and North Carolina. Some return for fiestas, vacations, brides and burials, even maintaining second homes, and for some the only connection is a surname of a grandfather who could speak Purépecha. Some bring back wares expensive or unavailable in Mexico and new skills, and some bring back only disease and bad habits. It’s a foreign exchange that’s repeated in towns and villages throughout Mexico’s human-exporting regions, one which has been going on long before NAFTA.

Jose Luis leads a middle-class life in Michoacán, driving a late-model Cherokee, and his teenage son has a computer more powerful than mine. But he’s crossed over four times illegally, simply walking across and only ending up in jail once. “It wasn’t a bad price for the money I made as a plumber in Watsonville,” he tells me. For most, crossing over is no Sunday stroll in the park, traversing an under-the-radar path wrought with dangers just for the chance to work at jobs in lettuce fields and meatpacking plants.

Jaime, Salvador and Benjamin Chavez – the three brothers from Cherán – are dead now, but their headlines impelled author Martinez to trek over to that dusty burg twenty-six times by bus over a two-year period to meet their kinfolk, pierce the invisible barriers, unravel the silent codes, and talk with everyone from the intellectual and political elite to the town drunk. He knows the town’s shitkickers and its saints. The story doesn’t end in Cherán, because Martínez walks the horrific tunnel, and meets up with Cherán’s families in their homes across America.

As if pure investigative reporting wasn’t enough, Martínez spins the story of these migrants, both at home and abroad, compellingly and captivatingly. One might expect a certain left-of-center political slant, but this Republican JAP saw no political posturing whatsoever. Crossing Over spans political boundaries, generations, and lifestyles seamlessly in nonfiction literature.

“Well, aren’t Mexican migrants just the same as those Poles and Irish and Chinese who landed years before on American shores, doing menial and dirty work,” some might ask. Similar threads exist – cultural and language barriers, hope, desire for change, immigrant fervor, and discrimination. Earlier waves of immigrants didn’t come from a country bordering the U.S., a country which was once part of Mexico, and more importantly – they couldn’t call home, much less return home, as easily. When Martínez writes, “people can’t wait to get the hell out of Michoacán, and they can’t wait to get the hell back,” he says it all. That’s why there are little Michoacáns scattered all across America, and why Michoacán has become the most American state in Mexico.

Slated for publication in Spanish, Crossing Over should be on the reading list of every foreigner who lives in or who contemplates life in Mexico, as well as every American who has ever tasted lettuce or meat. Buy the book, because it’s one which can be read again and again, just for the savory flavor of its storytelling. Do not lend it out, because you’ll never see it again. Crossing Over is one of those great books that’s a keeper. 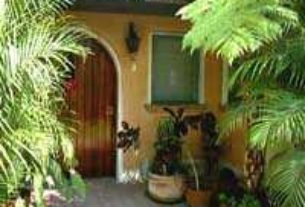