First written in the spring of 1994, this story has been revised several times as dictated by subsequent events. It has generated more responses than any other. Most of them have been at least somewhat rational.


Every Norteamericano who reads a newspaper or watches 60 Minutes knows that an armed political/economic struggle has been going on in Chiapas, the southernmost state in Mexico, since January 1994. Not many are aware of the religious war.

In the 1970s Central America was being flooded with missionaries. Particularly in El Salvador and Guatemala, but also in Honduras, Costa Rica and Mexico, the Mormons (various branches), the Baptists, the Presbyterians and others came to preach the Gospel as they conceived it and to save the souls of the heathen. Being a basically laissez-faire kind of folks, the natives were amused, but not alarmed. After all, with the exception of a few isolated pockets of traditional religion, just about everybody was Catholic.

In the 1980’s, things began to get a little weird. The evangelicals were promoting their own version of Manifest Destiny. Manifest Destiny, you may recall, was the rage in the 19th Century among those who believed that white people, being superior by nature, were merely doing God’s will by conquering nonwhite peoples and making them act white. Calvinist theory (which implied to some, the proposition that God rewards the righteous, and wealth and power are pleasing to the holder thereof, therefore wealth and power are proof of God’s blessing) was used by some as an excuse for a life of plunder. For the Mexican people, having suffered the Spanish (and the Catholic church), the French, and us, being plundered was nothing especially new. What was new was that the plunderer was the guy next door. In some villages in the mountains outside San Cristobal de las Casas, a few hundred potential converts had six or seven different churches to choose from. The competition sometimes got a little fierce. Sometimes, one family joined two or three different sects in a given year, responding to ever increasing offers of food, tools, seeds, medicine, etc. — even though switching almost always meant making enemies.

The wooing has also been going on in the cities. A friend of mine who is a “power” in the Arts community described how she was approached. “They took me and my husband out to dinner on several occasions. They told us they were only interested in the ‘quality’ people; the people who could make a difference; the people who deserved to have more recognition for their unique contributions. When I asked them what about the ‘little people’, they said that once the leaders were in the fold, the little people would naturally follow. We were introduced to some very powerful people. We had to be very careful to not to offend them by our refusal to join. It was scary.”

Unlike the cities, the strength of the villages lies in their collective nature. Tools, water rights, and other important means of feeding the people are often held communally, and it is that sense of community that is under attack by the new religions. Religious disputes are all too easily turned into turf wars. For 30,000 Catholics in the highlands of Chiapas, the result has been being driven from their land and their homes by the new converts. Gathered in newly-built government slums around the larger cities, they — along with the Lacandon Maya — form the civil base of the Zapatista National Liberation Army (EZLN).

A few years ago, the government of the state of Oaxaca, Chiapas’ northern neighbor, took harsh measures. Non-Mexican evangelical preachers were rounded up and deported. The infamous “Summer Institute”, operating in the ancient city of Mitla as a central information-gathering node, supply warehouse and strategizing center for the evangelicals, was closed. A “fallen Baptist” I know claims that the preachers were being taught coercion techniques and psy-warfare along with the Zapotec and Mixtec languages. Certainly, the Oaxaca government found the situation alarming.

Meanwhile, the more-or-less Catholic municipalities of Zinacantan and Chamula, near San Cristobal de las Casas in Chiapas, expelled their evangelical citizens. George Collier, an anthropologist who has studied the area extensively, attributes this in some degree to the Evangelicals’ refusal to accept the ultimate authority of the traditional tribal governance councils.

There is also party politics involved. Battle lines have been drawn. In August of 1994, some 400 evangelicals were sent back by the government to their former homes in San Juan Chamula. Shortly thereafter, three were publicly executed by hanging. No-one has been charged. According to the evangelicals, they didn’t get the protection they were promised by the government.

In July 1995, the head Evangelical wrote a letter to Subcomandante Marcos, asking the EZLN to adopt a principle of equal rights to religious practice for all Chiapanecos.

In April, 1995, la Migracion (the agency charged with regulating the migratory status of foreigners) announced that over 70,000 persons with Tourist visas are believed to be engaging in Protestant ministry, and asked the Senate to pass a law making it illegal for Tourists to conduct religious services.

In July of 1995, the government grabbed three foreign born Catholic priests working for Casa Fra Bartolomeo, a cadre of Catholic human-rights workers, and tossed them out of Mexico. Later that month, the new Archbishop of Mexico invited Protestant and Jewish leaders to his investiture, and there was much talk of Ecumenicism.

There was a woman from Oregon in my Spanish class, here with her husband and two blond-haired blue-eyed children. They “don’t exactly” belong to any identifiable denomination, and they “aren’t exactly” missionaries. They plan to go to “one of the villages” and translate the New Testament into Mixtec. They are so soft-spoken, so polite, so wholesome, so….American, that it is hard to imagine them as sinister. But what to make of their secrecy, their evasiveness? I know what the authorities will think, if it ever comes to their attention. Monte Python says nobody expects the Spanish Inquisition. Maybe “nobody” is too broad, and “Spanish” is too narrow. 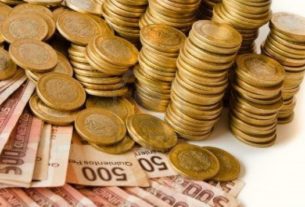