Last month, my friend and I drove my Mazda MX6 back to California (yes, my third driving trip), so my son could sell the car for me. Other than illegal means, I had exhausted possibilities for selling the car in Mexico. That’s the biggest drawback to foreign plated cars.

At the border I stopped to officially deport my car. The official seemed confused as to why I’d be giving him my papers, said “Everthing is fine,” and threw them in the waste basket. So much for unnecessary worry. We weren’t asked for our FM3’s or our US passports as we crossed the border. In fact, we weren’t even stopped — just waved on through. I was worried about driving an unregistered and uninsured car into the US. We crossed at Nogales. My driver’s license and car plates were from Nevada. The registration had expired two years ago and my Mexican insurance covered me only as far as the border. No one in either Arizona or California asked for proof of insurance. Whew!

I drove the car to the Bay Area — very carefully — and “gifted” it to my son who immediately added it to his insurance. He’ll register and resell the car for me. I had it repainted for $350 in Mexico and it looks good as new.

The drive through Mexico was about 1200 miles and wrinkle free. Even the pot-holed section of road between Tepic and Mazatlan had been repaved since my last trip. The final stretch of toll highway is nearly completed. We had to give up our apples and salami at the agricultural check, but none of our cargo was inspected at the border, we had no car problems and we made the drive from Ajijic to Nogales in two easy days.

This is where the culture shock set in. It had been fourteen months since my last trip to the States. Important for us, as we drove over the border, was a pit stop. I laughed and said, “Hey Betty, read the sign on the back of your stall door.” In both English and Spanish, it read:

” Please throw papers into the toilet.”

If you’ve never been to Mexico, you might not think this is as funny as we did. In most Mexican bathrooms, there is a trash can and a sign that says, “Please do not throw papers into the toilet. Toilet paper clogs up Mexican plumbing and septic systems and it’s expensive to dig up cement and tile floors to fix them.

One Canadian woman whom I met through my column, came down and found a rental for a few months. She pulled me aside and whispered, “But, I can’t ask my guests to throw toilet paper into the waste basket. They’d be mortified.”

“It’s better that than having to find a plumber to fix it,” I said, “and having your toilet out of commission then paying for the damages.”

At dinner that night, Betty and I dined at a fabulous Italian Bistro. We were just outside Nogales and all the waiters were Mexican. Of course, they were probably Mexican Americans and spoke fluent English, but we ordered and chatted in Spanish, without even being aware of it. When I noticed the little grin on Antonio’s face as he brought vino blanco to the table, I realized what we were doing.

We chose to drive up through Tucson and skirt around Phoenix, heading across the deserts of Arizona and California. (I always spell desert right, because with dessert you want two helpings!). We almost ran out of gas as we headed into Phoenix. Fortunately, we tanked up there, because, unbeknownst to us, we needed almost an entire tank to cross the deserts. Take note if you plan to drive that way.

About six p.m., leaving the Los Angeles commute traffic behind, we stopped in Santa Clarita and stayed at a wonderful Hampton Inn. The scent of fresh baked peanut butter cookies assailed us as we entered the lobby. Upon return from the restroom, I asked Betty, “Guess what was in the ladies room?”

Once in our room, we were excited to learn we could watch current movies on our TV. We watched Step Mom that night.

Next door at the steak house, you’d think we’d been stuck at sea for two years with only salt pork and limes to eat. Everything that touched our lips was delicious. We shared our meal — an onion blossom, a Caesar salad and the finest fresh crab we’d ever eaten. With two glasses of wine, it came to $35.00. That’s three times what we’d pay for a meal in Ajijic, but it was worth every penny–our reward for an unremarkable trip.

In Fresno, I spent half a day in Borders, browsing through books and magazines we can’t get in Mexico. I listened to customers converse quietly on cell phones, watched mothers drag crying kids through the aisles and outside, was astounded as hundreds of people camped in tents waiting to get tickets to Star Wars.

In Mexico, parents rarely raise their voices, children rarely cry and I’ve never seen people lined up to do anything. Well, except get fresh, hot tortillas!

l marveled over the changes in Milpitas since I’d left California three years ago. Every other corner had changed. Driving in traffic stressed me out. I should have remembered how to get around, but my familiar landmarks had fallen prey to shopping centers.

While waiting for my son at his Silicon Valley office, the realization that I could never go back to the States, burrowed under my skin like a tick. After I’d been in Mexico three years, my son had asked, “Mom, aren’t you about ready to come back? You normally move every three years.” I understood with a pang of remorse, there was no going back for me. I was unemployable in today’s market. Everyone at this high-tech, smoked-glass building was under thirty. I was a fifty-five year old woman who had left the technical world three years ago.

I flew next to Seattle to visit my daughter. We had two nice days without rain. What a beautiful place. Expensive? I paid $3.26 for a small glass of orange juice in the airport. I could have bought breakfast, coffee and a juice for that in Ajijic. My daughter took me to a wine and cheese store where the cheapest bottle was $24.00. I guess you get used to it if you live there, but after living on the Mexican economy for three years, I was hyperventilating. I whispered to Shoni, “Take me to Albertson’s for wine.”

The next leg of my trip was Nampa, Idaho to visit my mother. Here, the day-to-day pace slowed down and I learned once again to operate a dishwasher and garbage disposal, reminding me to treasure my maid.

Several readers have asked if my mom ever moved to Mexico. No, she did not. Three weeks before her last trip to visit me, she fell in love with a very nice man who calls my mother his “pretty lady” and takes good care of her. I doubt they’ll ever visit Mexico again because of his dependence on an oxygen machine, but they’re happy, and that’s what matters.

Finally, I flew back to the Bay Area to visit friends and celebrate my son’s 30th birthday. I begged for Chinese pot stickers from Trader Joe’s, sweet white corn on the cob and huge artichokes, dipped in a mayo-lemon sauce. A bag of spearmint leaves and a bottle of Mondavi Chardonnay topped off my list of ‘must haves.’ It’s amazing what you covet when you’re gone for awhile. (By the way, we have licorice in Mexico now, and Jelly Bellies. Thanks to all of you who have brought me licorice as a gift.)

The shopping centers left me breathless and unnerved. The commercialism of Silicon Valley is mind boggling. I was introduced to Tuesday Morning, The Dollar Tree, Smart and Final, and returned willingly to Marshall’s, TJ Maxx and Ross’s. My friend bought a trunk for me to carry my purchases back to Mexico. She’ll use it to bring her Mexican finds home when she next visits me.

It was wonderful catching up with my friends, being with my family and imbibing in consumerism. Vowing I’d never shop again, I gratefully returned to Mexico to embrace my two poodles, bask in the sunshine, savor the tropical fruits and vegetables, and most of all, slow down and enjoy each moment as it unfolds. 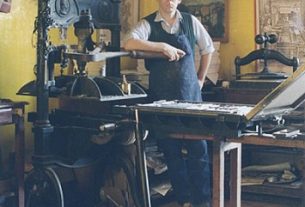