Dr. Stephen Banks lived in the area for a couple of months (October and November) in 2002, and had a follow-up visit the next year. He recorded 26 in-depth interviews (1.5 – 3 hours each), as well as 40 shorter “informant” interviews and over 100 “ethnographic” interviews. He attended numerous local functions and clubs, trying to integrate into the retirement scene, in order to better understand the nature of retiree-Mexican relations.

His research questions included “How are Mexicans characterized as persons in the discourse of expatriate retirees living in Mexico’s Lake Chapala Riviera?” and “How can these portrayals and evaluations of Mexicans be interpreted to implicate the storyteller as a certain sort of person?”

He found that retirees’ narratives presented “a complex portrayal of Mexicans; nonetheless, there is a high degree of consistency in the characterizations. Mexicans, both generally and individually, are depicted by all participants as being happy, warm and friendly, polite and courteous, helpful, and resourceful.”. However, at the same time, many correspondents related stories in which Mexicans showed themselves to be untrustworthy, inaccessible, lazy and incompetent. Retirees were especially critical of Mexican business and government practices, often referring to what they perceived as endemic corruption, and to the frustration (about the sense of time and quality of service) of many intercultural consumer relationships.

Banks considers that the contradictory characterizations of Mexicans arise from what he terms the “relevant local spheres of meaning”. Positive comments reflect a “long term positioning of Mexicans as benign and as operating socially to enhance the ease and pleasure of the expatriate community. All descriptions offered of friendliness and helpfulness either are simple acts of normal courtesy and deference, or are framed within the employer-employee relationship of expatriates and their servants. These positive qualities ascribed to Mexicans also give contour to expatriates’ capacity for appreciation and acknowledge their worth in meriting such deferential treatment on the past of their host culture. Moreover, the moral right to assign character descriptions to Mexicans entails the positioning of expatriates as legitimate evaluators, as the party in the relationship whose vision extends beyond the day to day interaction and sums it up from an elevated vantage point of superior values and social standing.”

He considers that a female respondent who talked about bribery “is a functioning part of a system of corruption, but here she is a victim and the Mexican police officer is the criminal. The ubiquitous stories of bribery position the storyteller as the target of an extortionist; however, the story line includes descriptions of expatriates conforming to another standard, which is perforce to ignore the rules of law in the first place, a standard that the wise expatriate will not endeavor to change.”

Banks concludes that the pattern of responses “reveals a struggle to conserve cultural identities in the face of a resistant host culture that has been colonized. It is indeed the face of Mexicans that is at stake: The Lakeside economy is dominated by expatriate consumer demand; indigenous commerce in fishing has disappeared as new employment opportunities opened up in the services sector; local prices for real estate (routinely listed in U.S. dollars), restaurant dining, hotel lodging and most consumer goods are higher than in comparable non-retirement areas; traditional Mexican community life centered around the family has been supplemented, and in some cases supplanted, by expatriate community life centered around public assistance and volunteer programs… and the uniform use of Spanish in public life is displaced by the use of English.”

The narratives respond to “expatriate retirees’ desires both to appreciate the host culture and to preserve the home culture; both to maintain a critical stance and to honor the cultural imperative to be rational in the retirement migration decision.”

Banks raises lots of interesting points, even though his conclusions may not be considered very revolutionary by many long-time retirees to the area. As the number of retirees continues to grow, and their demographic characteristics probably change, not only will some of the pressures referred to in the article increase, but so too will the number of retirement/migration researchers finding the Chapala-Ajijic area to be very fertile territory for study.

As Banks points out, “this is the largest community of retired American and Canadian expatriates in the world.”

MexConnect gratefully acknowledges the kind permission of the author and publishers to include this article on the site. 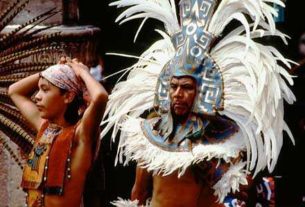