The Internet is an invaluable source of information but it can also be a source of misinformation and great confusion. Recently I was accused of “plagiarizing” some of my material from the Internet. Therefore I shall digress here for a moment to set the record straight.

All writers expect criticism, hopefully of a constructive nature. Accusations of “plagiarism” from internet sources are based on a misunderstanding of reference libraries, research methods, and the nature of the Internet itself. The popular search engine Google has announced the bold intention of eventually posting all libraries on line. This otherwise praiseworthy project is both good and bad, because not everyone has the training or the expertise to assess this overload of information on the Internet.

First, anyone can say almost anything on the Internet more or less with impunity. Unlike the standard process of publication, there is no peer review on the Internet to sift out reliable information from misleading or wrong information. Unless you are already familiar with the subject, you are at the mercy of whoever posts the entry. Often there is no way of checking the accuracy of statements or following up relevant references. A trained academic researcher with a project to do goes to a research library, checks the index for relevant material, looks up references, follows up leads based on preliminary investigation, takes notes and eventually writes the article or book with lots of footnotes, notes and references, bibliography, and indices. With some exceptions, these guidelines are usually lacking on the Internet. The average reader, understandably, does not have the time or the inclination to sort through piles of detailed references in order to assess the accuracy or usefulness of an Internet entry, or even a standard published article for that matter. Personally, I would prefer to include detailed references in the articles I write, along with a bibliography. But I have been assured by editors that the average reader has little time or patience for such a tedious procedure. I accept their judgment.

The charge of “plagiarism” off the Internet is most likely to be made by persons who seldom frequent research libraries. In researching a project, a competent investigator takes material from the relevant library books, taking great care to record each reference. If a passage is quoted verbatim it should be put in quotation marks with a footnote giving the exact origin of the quotation so that any reader can check the reference. But when the contents of a book or article are displayed on the Internet, it is often difficult or impossible to keep proper records. Moreover, with the bulk of information now available on the Internet it is quite likely that a writer may appear to duplicate material available to everyone with a computer and an Internet connection. The appearance can be deceiving because the process of Internet research is similar in many ways to library research, except that the checks and balances of scholarly guidelines are generally missing and therefore not readily available to the general public. Accusing someone of “plagiarizing” off the Internet, at least under the circumstances herein described, is tantamount to accusing a writer of cheating by using reference books in a library. What matters is how the information is used. And that is still a grey area because of the lack of control over material posted on the Internet. I’m not suggesting police vigilance over the Internet (we have enough of Big Brother watching us already); rather I refer to the need for some commonly accepted guidelines for Internet research and publication. The relative lack of same is the negative side of the information overload on the Internet.

A good example of the information glut on the Internet is the Aztec Calendar or Sun Stone, which we touched on in a previous article. Because of the importance of this Aztec sculpture in the reconstruction of the pre-Hispanic history of Mexico, it has garnered a great deal of attention from the general public as well as from professional Mesoamerican scholars. If you check the Internet, you will find no lack of information on the symbolism and interpretation of the Aztec Sun Stone, much of it quite accurate. Nevertheless, even though we are fairly certain of the basic facts, interpretation of these facts may differ somewhat according to the expertise or the personal interest or whim of the writer. The version offered by an imaginative New Age interpreter of the Aztec Sun Stone would differ considerably from that of a sober academic type writing for a scholarly journal. But while it is quite legitimate to popularize a technical subject for public consumption, some writers go too far, at least in my opinion.

I do not wish to fall into the ad hominem fallacy of attacking a person rather than criticizing their views, especially in published articles. However, in several prominent articles on the Internet, the author presented the “Legend of the Fifth Sun,” a key element in the interpretation of the Aztec Sun Stone, without indicating clearly the sources or how they were being used. In another related Internet article, this same writer simply summarized the Anderson and Dibble English translation of Chapter Two of Book Seven of Sahagun’s Florentine Codex in Nahuatl without any indication that this was being done. The resulting text reads smoothly enough but gives the misleading impression that it is the work of the present author. I strongly disagree with this method of research and presentation, although, as I have already pointed out, I too am constrained by the popular demands of the medium in which I am now writing. However, I do make an effort to be as scholarly as possible under the circumstances.

Sometimes even small errors may provide a clue to the accuracy of an article. For example, in another Internet article on the Aztec Sun Stone, one writer misspelled the Nahuatl word for the Sun, Tonatiuh, as Tonatiub, but got it right in the next sentence. A minor mechanical error, you may say. Not necessarily so. If a writer makes a mistake in a minor detail that is easily checked, how do we know that there are not more serious errors elsewhere in the article? No one is perfect and people do make honest mistakes. Accordingly, as I have stated elsewhere, if anyone finds any serious errors or misleading references in my articles let me know and, if verified, I will make appropriate corrections and, if necessary, issue a retraction.

Having digressed thus far, I have left myself little space in this month’s column for my contribution to the interpretation of the Aztec Sun Stone. This brings up another pertinent question: since so much has already been published on this topic, do we really need or want another article or book on the same? In the Arts and Humanities as well as in Science, we stand on the shoulders of those who have gone before us. Each generation re-interprets the accumulated fund of knowledge in accordance with its own needs and understanding. This is not a philosophy essay. I shall therefore refrain from reiterating the various Truth Theories, although the concept of Historical Truth or Fact is directly relevant to the present discussion.

What is an “original” contribution to any subject in the Humanities or in Science? This is where careful research is most important. If you look far enough, you will find that somebody somewhere has said something about almost everything. If you fail to take into account the labours of others, you run the risk of re-inventing the wheel. More than one diligent but isolated researcher-writer has found later to his or her chagrin that somebody has already anticipated their labour of love and, to add insult to injury, got paid for it as well. I approach the problem with a basic question: how do we know what we know, or think we know? I then proceed to whatever original sources are available and only later consult secondary sources, such as the Internet, which, of course, may also contain original source material. The challenge then is to separate the dross from the gold and refine what remains.

I apologize to the reader for the above digression. However, in view of the overwhelming influence of the Internet today, it had to be said. In the words of Ecclesiastes: “The thing that hath been, it is that which shall be; and that which is done is that which shall be done: and there is no new thing under the sun” (Ecclesiastes 1:9). We shall continue with the Aztec Sun Stone in the next issue (without digressions). 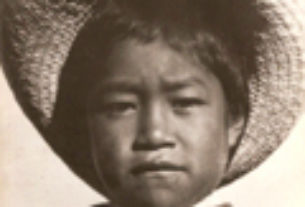 The Pearl: a novella by John Steinbeck