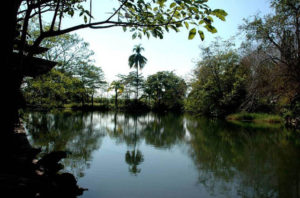 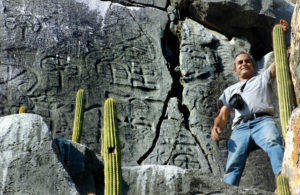 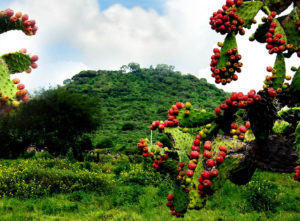 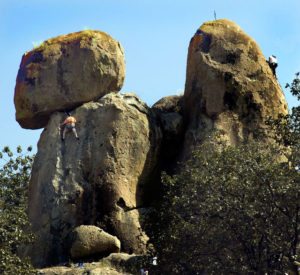 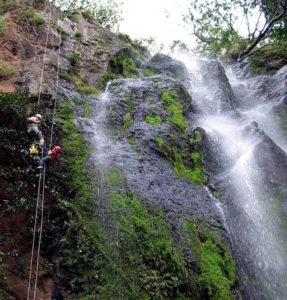 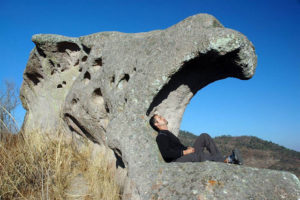 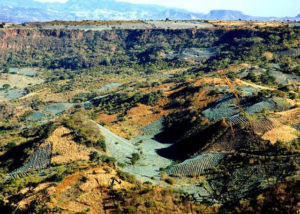 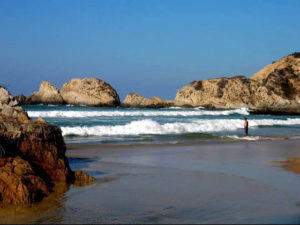 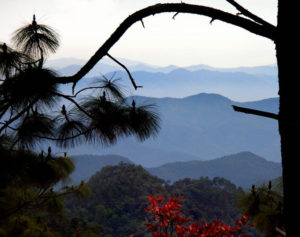 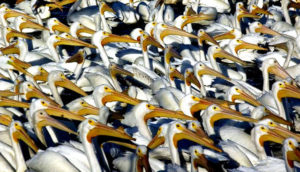 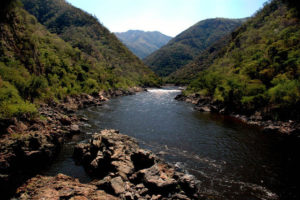 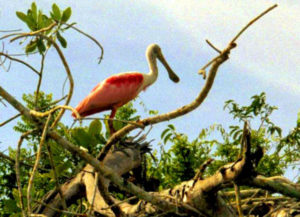 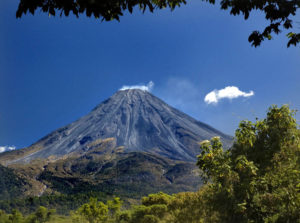 For a while I’ve been asking myself how it’s possible that I keep finding new natural wonders to write about after 25 years of living near Guadalajara. So, one day I sat down with a map and drew a circle around the city, with a radius of about 250 kilometers, nicely encompassing many of the places local people could conveniently drive to in one day.

As I looked over what was included in that circle, I realized it was filled with attractive, picturesque, exciting, charming, even amazing sites. There was Lake Chapala, biggest natural lake in the country, the sprawling Primavera pine and oak forest, the live and fiery Volcán de Fuego, the white sand beaches of the Pacific Coast, huge, deep canyons carved by the Santiago River, limestone mountains supporting incredibly rich cloud forests like El Cerro de Manantlán, the mangrove swamps and rivers of San Blas, teaming with bird and animal life, and much, much more.

Of course, to some extent, this variety can be attributed to altitude, which ranges from the height of snow-covered Nevado de Colima (4240 meters, 13,911 feet) to sea level on the Pacific coast. But is this diversity of eco-systems due only to altitude?

By good luck, I happened to receive a copy of just the book that could answer this question. I’m referring to Geo-Mexico by Richard Rhoda and Tony Burton. This geography book focuses on the interaction between people and the physical environment and is chock full of fascinating facts. For example, did you know that Mexico has more species of pine trees than any other country? That it has the world’s richest assortment of cacti (over 900 species)? That Mexico’s diverse economy produces about $1.6 trillion in goods and services every year, more than Canada or South Korea? That Mexico’s population of 110 million makes it the eleventh largest nation on earth? That migrant workers in the USA sent $25 billion (yes, billion!) back to their families in Mexico in 2008?

But I digress. This book also made it possible for me to test my theory that the circle I had drawn around Guadalajara is something special. Chapter 5 of Geo-Mexico is devoted to ecosystems and biodiversity. It divides all of Mexico into five natural ecosystems:

To my surprise and delight, I discovered that there is only one place in the entire country where all five ecosystems are found in close proximity and that is inside of what I call The Magic Circle. In addition to this, according to Rhoda and Burton, the line designating the major Faunistic Divide of Mexico, (creatures of the north and creatures of the south) just happens to run right through that same Magic Circle.

Rhoda and Burton state that Mexico is one of the most mega-diverse countries of the world, with 30,000 different species of flora (compared to 18,000 in the USA) and, in my opinion, the best place to get a taste of this extraordinary biodiversity is The Magic Circle.

While many of us who live inside this circle see it as a single geographical unit (the area around Guadalajara), politicians might have a very different opinion. Politically, the Magic Circle is composed of Jalisco plus a large chunk of Michoacán, a slice of Nayarit, a lump of Zacatecas, a piece of Guanajuato and the entire states of Colima and Aguascalientes. While a native of this area might see a circle, a politician may see something shaped like an anemic amoeba. Funding, of course, for most projects related to culture, tourism or sport will usually come from the coffers of a single state and often result in posters, brochures, films, etc. with titles like, The Marvels of Michoacán, The Haciendas of Jalisco or The Calabashes of Colima.

Thus, the bigger picture often escapes the eye of the politician — and the publisher as well. I was once asked to write a book on The Caves of Jalisco and replied, “But amigo, some of the best caves of Jalisco are in Colima and Michoacán.” And because of that, the project was scrapped!

Apart from the fact that The Magic Circle encompasses extraordinary geographical, botanical and biological diversity, it also just happens to have been home to complex civilizations for over 2000 years and because of its huge obsidian deposits, was, for a long time, the very hub of the vast and powerful Teuchitlán nation. So, this area is abundantly rich in pre-Hispanic ruins like its famed Circular Pyramids, as well as countless colonial-era haciendas.

So it is that a person living in Guadalajara Mexico could choose from any of the following fascinating places for a Sunday outing, and could draw up a similar list for dozens of Sundays thereafter:

Many of the outstanding sites inside the Magic Circle would have remained virtually unreachable by modern man and woman if it weren’t for the many roads that radiate outwards from Guadalajara in every direction, because the city has been around for so long (since 1533) and is the second-largest metropolis in the country. This network of highways is all the more remarkable because the city is nearly surrounded by deep canyons. In fact, a great deal of the terrain inside the Magic Circle has either canyons or mountains. A few years ago, traveling through this area meant creeping along behind an endless procession of diesel-belching semis and buses, down countless hairpin curves to the very bottom of a deep barranca and then back up an equally grueling route to the top of the other side, where you would discover you had just undergone two hours of sheer torture in order to travel horizontally only one kilometer.

Since those days, magnificent bridges — often true marvels of engineering — have been built across some of those canyons, bringing the farthest corners of western Mexico within easy reach of the country’s second city.

In 1998, my wife Susy and I published Outdoors in Western Mexico, forty descriptions of little-known but fascinating places we had found not far from Guadalajara. Years later, when we wanted to update the book and translate it into Spanish, we revisited most of those sites and made some sad discoveries.

One place drastically changed was El Diente, the tallest of numerous vertical monoliths at a solitary, formerly pristine site only 10 minutes from the northwestern corner of the city. For years, this picturesque spire was the favorite practice site for Guadalajara’s rock and mountain climbers, until some local entrepreneur decided to build a road right up to the foot of it and to charge the public a fee for parking there. Today, El Diente and most of the other monumental rocks are covered with graffiti, the ground is thick with garbage and blaring boom boxes pollute the air with an unholy cacophony of something that could never be called music.

Another magnificent site which has come under attack is Lake Altilte, an exotic lagoon we had first seen while hunting for caves near La Concepción, 35 kilometers northeast of Barra de Navidad. The source of the little lake was one of several delightful warm springs bubbling out of a cave inside a hill of pure marble. Only two kilometers away there is another marble hill with a high, smooth, vertical wall covered with hundreds of petroglyphs perhaps 1000 years old.

El Altilte had all the right ingredients for a recreational and archeological tourist attraction, but the years went by and next time we returned there, we could hardly believe our eyes. The lake was gone, dried up! In its place we found a noisy, rattling pump sucking up the warm spring water to irrigate the nearby fields. And when we went to gaze upon the ancient engravings, we discovered that a chunk of the marble wall had been cut out and carried off, even though the stolen block of stone must have weighed tons.

Well, eventually the authorities got wind of what had happened. “You took away the lake,” they told the local farmers, “but the lake was Federal property. Put it back.”

And they did, but when it came to the missing petroglyphs, there was no hope for getting them back, nor was anything done to prevent future vandalism. To this day, the site remains unguarded and unfenced.

El Altilte is just one of many extraordinary places within the Magic Circle which need to be protected. Although this site and El Diente are small in surface area, they are just as much a part of Mexico’s patrimony as its more famous World Heritage Sites.

While some historical, archeological or just plain breathtakingly beautiful sites are in danger because they are open to public access, others are located on private property where, from one day to the next, they can disappear from view forever. This is what happened to some truly extraordinary “mini-volcanoes” located just south of San Marcos, Jalisco, a curious pueblito ten kilometers west of Jocotepec, where every home has hot water provided by Mother Nature. “I can’t let you in to see the volcancitos,” a caretaker told us. “The landowner in Mexico City has forbidden it.”

I heard the very same words from a man guarding Rancho La Gotera, which gets its water from an underground aqueduct technically known as a qanat. This is a historical site where 3000-year-old technology developed in Persia was used by Spanish colonists to obtain water during the dry season. This qanat is located 15 kilometers northwest of Guadalajara and we considered it a perfect place for educating local kids on this subject, because La Gotera is far easier and safer to enter than another nearby underground aqueduct (Qanat de la Venta). One day, however, we found the gate to the rancho locked and were told by a never-before-seen new caretaker that yet another absentee landowner in Mexico City had forbidden anyone to visit the place.

“I don’t know,” replied the caretaker. “I’ve never even seen him.”

“I go to the plaza of a certain pueblito once a month and there a man hands me my pay in an envelope. That man has never seen the patrón either.”

On hearing this, I gave up all hope of ever visiting La Gotera again.

Fortunately, there are still many marvelous places in this part of Mexico which have remained clean, peaceful and untouched over the years and have not yet disappeared behind the wire-mesh fence of an absentee landlord.

For example, there is a little mountain near Mascota called La Campana (The Bell). It is covered with fantastic wavelike rock formations which resemble creations of Antonio Gaudi. Every time I go back to see this incredible place, I tremble, imagining the smooth, sweeping surfaces covered with graffiti. But for now, La Campana, like hundreds of other jewels of nature in this remarkable little treasure trove of western Mexico, is just as pristine as ever.

However, if you want to visit it, I suggest you don’t wait too long.

The Magic Circle around Guadalajara is almost as big as the U.S. state of Kansas, but I doubt if you could find so many marvelous and varied places to visit on a day trip out of Topeka… or even out of Tokyo or Timbuktu.

If the governors of the seven states within the Magic Circle were to sit down together and to draw up a strategic tourism plan, the Magic Circle around Guadalajara might someday acquire the reputation that it deserves as one of the most extraordinary and attractive places on the face of the earth. 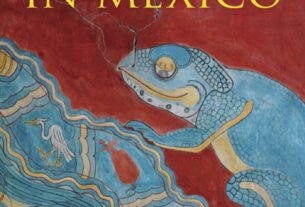