After studying many homes here at Lake Chapala, it is interesting to learn to how much electricity each home uses and, more interesting, how much the home owner is paying for their electricity.

Electricity is billed in kilowatt-hours (kWh), which is amount of electricity equivalent to using ten 100 watts bulbs continuously for one hour (one thousand watts for one hour).

For comparison, I pulled out the records of only two homes that I have recently inspected to find the bimonthly consumption of the two homes were very similar; with consumption of 415 and 490 kWh each for their respective two-month electrical bills dated October of 2005.

Confused? So was I.

What was happening was based on the billing system for the Comisión Federal de Electricidad (CFE). It uses different billing rates for each of the homes, which may sound unfair, however it was based on their average annual consumption of electricity.

During the past year, the first home had been averaging more than 268 kWh per month and the one that consumed the most was averaging only 243 kWh per month. What this meant was the first home with the highest bill was in the billing rate for a “ Domésticas de Alto Consumo” (DAC) and the other was in the billing category “1” (normal to low consumption).

These billing rates were designed by the Mexican government with the intention of promoting energy conservation and to not burden the pocketbook of the smallest consumers of electricity.

This represents a significant savings on the cost of electricity for consumers who are averaging less than 500 kWh per billing period (250 kWh per month). In 2004, in all of the state of Jalisco, only 3.6% of the residential users were in the category of DAC.

If you do the math you should also note that both bills also included the basic service charge based on the service provided (one or two phase) plus the IVA (value added) tax.

So what can you do to reduce the amount of electrical consumption to average less than 500 kWh per billing period? In some cases, very little since you are a very high consumer of electricity. However, if you are on the borderline, investigate how you can reduce your consumption and one way is to investigate what is consuming the most electricity in your home.

The items that consume the most electricity in our house on average are air conditioners, electrical heaters, refrigeration and pumps.

Air conditioning and heating are temporary effects considering the wonderful climate we have here at Lake Chapala however, check your refrigerator to see if it is set to a lower temperature setting, which uses less electricity or the back of the refrigerator is able to ventilate freely and expel the heat it is removing. Older refrigerators tend to use 30 to 70 kWh more per month than the newer, more efficient models.

Pumps are another high consumer of electricity. Consider how you are using your pumps and how long they operate. A typical half horsepower pump will be rated at 400 watts. If a pool pump is operating six hours every day, that totals almost 75 kWh per month. Is the water pressure system coming on frequently? Does the gardener run the pump(s) several hours every day? Could you be using the street pressure to water your lawn or fill your tinaco (roof tank)?

Another issue to consider is take an audit of the electrical installation of your home. Unplug everything in your house and turn off all lights. Now go outside and see if the wheel on your electrical meter is still turning. If it is still turning, this means there is effectively an electrical leak that needs to be investigated. In some cases, it is a good idea to do this procedure during the rainy season since water leaks or wet conditions can cause false grounding to electrical outlets or hidden connections, that can cause the electrical leak only during these temporary conditions.

One general issue could be the higher than average voltage at your home. In one case, I measured the voltage at a group of six homes and the voltage measured at each house was 140 volts; this means the home owners are actually consuming approximately 36% more kWh than a house that has exactly 120 volts all the time. By Federal Law ( Reglamento de la Ley del Servicio Público de Energía Eléctrica, Chapter Five, Article 18) the CFE must provide service within a 10% tolerance, which means residential voltages are to be regulated between 108 volts and 132 volts.

My experience here at Lake Chapala is that the voltages have been ranging between 126 and 132 volts however, for the few cases where the voltage has been consistently high over a period of time, the homeowner needs to report this voltage problem to the CFE. 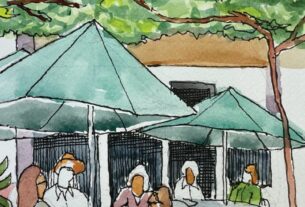