Having lived in Mexico for several years, I have met my share of out-of-town visitors arriving on flights into Mexico City. We’ve made the usual round of historical and architectural sights, as well as countless artesanias markets. But when my friend the Horse Person arrived, I had my first day at the races, Mexican style.

Though the skies threatened rain, we took off for the track; rain or shine, the horse races at Mexico City’s Hipódromo are run. (This is a good thing to remember when visiting the D.F. during rainy season. What is known as “summer vacation” in the north sometimes translates to “rained out” in Mexico.) Whether you are a long-term resident or simply a visitor who cannot face another pyramid climb, the Hipódromo provides an entertaining way to spend an afternoon.

Begun in the early forties, the Hipódromo was officially opened on March 6, 1945 by then-president Manuel Avila Camacho, an avid fan of the equine sport. His guest of honor for the occasion was the president of Costa Rica, another aficionado. These esoteric bits of information did not come from a reference book, but from talking to people at the track. The hard-core fans, many of whom have been attending the races daily for years, are friendly and eager to answer questions, give tips, and tell stories. It would be easy to while away the afternoon sharing a few copas and listening to one of these Damon Runyon-esque characters tell tales of the good old days.

The track itself, once the site of minas de arena – sand pits – measures one kilometer and has a pond in its center containing swans and flamingos, who seem unperturbed by the action surrounding them. On the side from which one enters are the betting counters, restaurants and bars. On the far side, visible from all four grandstand levels (called tribunas) is the neon-lit tablero electronico, giving the pertinent statistics and results of each race. Beyond that are the stables. There is a sense of detachment from the noise and traffic of the city.

You don’t have to have a lot of money to enjoy the sport of kings at the Hipódromo de las Americas (its full name.) Entrance is a mere peso and a racing form, indispensable for those who would bet, costs ten pesos. Betting begins as low as three pesos and the types of bets are nearly identical to those in the U.S. and Europe.

If it sounds complicated, it isn’t, and the personnel at the betting windows – ventanillas de apuestas or ventanillas de boletos – are patient, obliging, and seemed happy to help a somewhat confused foreigner. (When I started out, I required some extremely simple instruction, and I’m sure the man at the window thought he’d have to call in Burt and Ernie to explain things. By the end of the afternoon, I was waltzing up to the counter like I knew what I was doing, and having a great deal of fun.)

While the Horse Person studied the racing form and wandered over to the paddock, I located an open-air bar on the lower level and, go-cup in hand, went about checking menus and prices at the various restaurants. There are offerings for a variety of tastes and budgets, from an open-air taco counter to the exclusive, members-only Jockey Club. You can sit down to a reasonably-priced comida corrida at the Turf Club, which also has à la carte entrees available, including cortes americanos such as T-bone and rib-eye steaks. The Restaurante Italiano, contrary to its name, does not have Italian food, but does have a lively, intimate atmosphere, a well-stocked bar, and is situated right in front of the paddock, so you can watch the horses and their jockeys get ready a few yards away.

The Hipódromo is open every day but Monday. The races go from two thirty till eight p.m. In addition to the races run there, some televised races from other tracks (Hollywood Park, Santa Anita) are shown. Televised greyhound dog races – carreras de galgos – are also shown. Specific information can be obtained by calling the track on the day you go. The telephone number is 580-5747. Get there by taking the metro to Chapultepec or Auditorio and getting on any of the buses marked “Hipódromo” that run along Reforma. 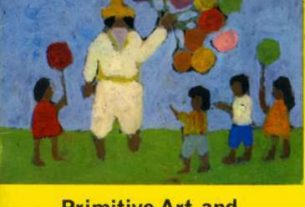 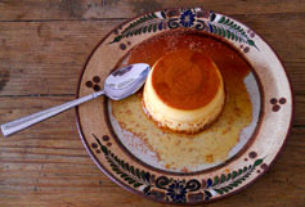