Pursuing the Dream of Living in Mexico 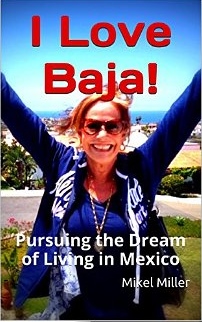 The title of Mikel Miller’s new book, I Love Baja!, was inspired by locals who again and again told him, “I love Baja!”. These same locals, reading this new edition of I Love Baja!, are probably saying, “I love Mikel’s book,” because it is written by a former resident who indeed knows and loves Baja. Mikel wants to inform and delight readers about life on the Baja Peninsula, particularly those “who are thinking about retiring and living in Mexico,” but it is also useful to those already living there and, in fact, fascinating to all Mexico aficionados. Mikel looks at the pros and cons of living on this peninsula, which, incidentally, is longer than the state of California, and which contains two states, a northern state called Baja California and a southern state called Baja California Sur.

The primary focus is on the north end of the northern state, Baja California, “especially the sixty-eight-mile stretch of Pacific coastline just south of San Diego that tourism promoters and realtors have dubbed the Baja Gold Coast.” Mikel lived there for several years, some of the time near the village of La Misión, between Ensenada, “a bustling seaport with about 300,000 residents”, and Rosarito. a community of 70,000, with 12,000 expats. The little village of La Misión “beckons folks of all nationalities who yearn for yesteryear.” Mikel, himself, finds something about the village of La Misíon “satisfies my soul”.

The “San Ysidro border crossing between San Diego and Tijuana is the busiest in the world, almost 17 million cars per year, about 46,000 per day coming and going.” In the large population centers of northern Baja, one finds familiar names: Wal-Mart, Costco, McDonald’s, Starbucks, Domino’s, Subway, Home Depot, Applebee’s and Burger King. There is even a developing wine industry northeast of Ensenada, and thousands of acres are devoted to crops–the town of “San Quintin proclaims that it is the tomato capital of Mexico”.

Sadly, as in most coastal areas of the world, developers are gobbling up oceanfront: “The greed since 2000 is much like a tsunami, engulfing some of the most desirable coastal locations.”

The first edition of I Love Baja! was published in 2011. This remarkably improved new edition, just published, is, we might say, “hot off the hard drive”. It is a series of articles that both entertain and inform, and they become additionally useful because of the live hyperlinks that lead us to external resources. I never experienced such useful hyperlinks before. In one chapter that explores cave paintings, Mikel hyperlinks to a book about these paintings (they date back 6000 years) titled The Hidden Heart of Baja, by none other than Erle Stanley Gardner, best known for his Perry Mason mysteries.

The first article after the introductory material, “La Mordida,” details the author’s own experience with “the little bite,” the bribes that “la policia considered…part of their benefits package to supplement low wages.” Confronted with a pending arrest, what should you do? Tell them, as Mikel did, “no hablo español,” and then ask them to explain the traffic infraction in English. Then deny any wrongdoing. And never agree to pay on the spot. This, according to locals, usually results in only a verbal warning. Expats sometimes “speculate that police look for DWG cars-“Driving While Gringo”. The chapter that follows offers tips about driving in Mexico, and warnings–like the dangers of using your left turn signal.

Soon we are off with the author to Popotla, a tiny fishing village a few miles south of Rosalito, where you can buy fresh-off-the-boat crab, oysters and lobster. Lobsters are to be had, live, for less than $5 a pound. One of the hyperlinks takes you to a feature article “drooling over the experience of eating at Popotla.”

One of my favorite chapters is, “Papá Swims with the Whales”. After only three months living in the Baja, Mikel was eager for his first whale-watching adventure, initially planned as a solo trip. He asked his document agent, Rosella, who had become a friend, what papers he needed. Her mother told him he would need an interpreter and recommended her divorced daughter, explaining that Rosella had not had a real vacation since she was nine. And of course Rosella had two kids who had never been on a vacation trip. And then there was the office assistant, Triny, “who had never travelled anywhere,” who was twenty-one years old and who had “no boyfriend.”

Shortly before it was time to leave, Rosella told him she also wanted to invite a close friend, Alejandra,” who wanted to scatter her father’s ashes in the lagoon with the whales.” The author reflected, “Neither Alejandra nor her daughter had been on a trip like this, so why not?” Well, they managed to stuff everyone and everything, including the varnished wooden box containing the ashes, into Mikel’s Caravan. Off they went. Weeks earlier Mikel had reserved a motel accommodation with two rooms, but that evening he found himself in a dilemma, faced with having “a double bed empty in my room while three women and three kids tried to sleep on two beds in the other room.” His road trip with three Mexican women and their children was “something I’ll never forget”.

In the chapter on medical matters, “Mi Doctora,” he is assigned, for a physical exam, a “she”. “Having María Guadalupe take my medical history and examine me was a little disconcerting at first. That’s partly because she was almost thirty years younger than I and looked a lot like Catherine Zeta-Jones in a doctor outfit.” A lot of the chapters are a lot of fun. They include “Roadhouses and Cafes,” “To Los Cabos and Back,” “Fiddler on the Beach,” “Crazy Women and Stray Dogs,” and even “Baja Brownies,” which mentions that “On August 21, 2009, Mexico decriminalized personal possession of less than five grams of marijuana”.

After a delightful romp through the Baja, we come to several appendixes. In Appendix A, you learn how easy it is to live well on a modest amount of money, with neighborhood carnecerias offering NY strip steaks “for about $5 a pound.” Appendix B gives you a thorough overview of health care in Mexico, with detailed discussions of Cruz Roja, Seguro Popular (a universal healthcare program available at no cost to both citizens and non-citizens) and IMSS (a government medical insurance program, very inexpensive).

Appendix C, Crime Statistics, gives the real scoop on homicide rates in the busy northern Baja compared to rates in the US. Hey, no surprise to those of us who live in Mexico, many major cities in the US do not come off very well. FBI statistics for 2012 show homicide rates per 100,000 residents for many cities across the US. For example, Detroit, MI 54.59; New Orleans, LA 53.19; Atlantic City, NY 47.83: Ft Myers, FL 37.28. The Baja? “The northern state, with an estimated population of almost 4,000,000, had about 15 homicides per 100,000 residents in 2012.” (And almost 90 percent of those were in Tijuana.) The southern state on the peninsula “had fewer homicides in 2012 than any other Mexican state–only thirty-seven,” about 5.2 homicides per 100,000 residents.

“Bonus Section” is basically a mini-manual on how to buy real estate in the Baja, with a focus on how to reduce risk.

In the final pages, the author lists some of his favorite books about the Baja, and following the author’s bio he concludes with some lovely color fotos. I like this kind of book, heavily anecdotal, personal, but also filled with practical information, further enhanced with useful hyperlinks, and available for next to nothing through Kindle.

And who is that lovely woman on the cover looking so enthusiastic? That’s the author’s wife, María Elena Martínez. 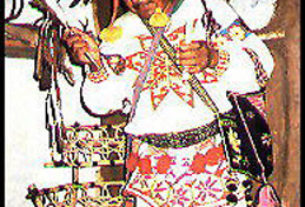