Petr Myska probably didn’t think that the book he was writing would be threatened with extinction even before some of the species that were featured in his publication. 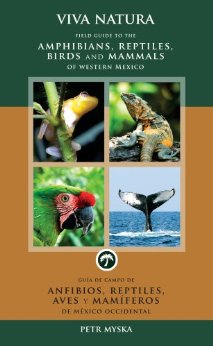 Myska’s work was published in 2007 as A Field Guide to the Amphibians, Reptiles, Birds and Mammals of Western Mexico. In short form, it is known as “Viva Natura.” Only 2000 copies were published. By 2009, the book could no longer be found and appeared to share the fate of the passenger pigeon. Viva Natura, which includes many wonderful photographs of endangered species, had itself become a collector’s item — a rare bird.

Myska, a master wildlife photographer, took all of the photographs that appeared in Viva Natura. They were accompanied by Myska’s text which introduces you to all of the natural habitats found in the study area, which is the Banderas Bay region and includes Cabo Corrientes. Myska also designed and laid out each page in the book.

Western Mexico is very fortunate to have someone like Myska wandering around the landscape with expertise in wildlife photography and with Master’s degrees in both zoology and environmental sciences. He recognized the opportunity to produce a unique field guide on Western Mexico animal species which are, it turns out, diverse to an extraordinary degree.

The Bay of Banderas region (Puerto Vallarta) and Cabo Corrientes are distinguished by an unusual number of natural creatures that are “endemic” or unique to their specific range — appearing within that range and nowhere else in the world.

And, even before considering endemics, there is the enormous diversity of Mexico’s animals and plants. There are about 170 countries in the world. Just 12 of this total are home to between 60 and 70 percent of the world’s animal species.

Mexico is one of these 12 “megadiverse” countries. It is second in the world in diversity of reptiles, fifth in amphibians, and eighth in birds.

As Myska notes in Viva Natura, there are very complex origins for the great diversity of Mexico’s plant and animal life — and for the unusually high concentration of species

The northern and southern continents of the Western Hemisphere were first joined by the Isthmus of Panama about three million years ago. When this occurred, a “transition zone” for plants and animals defined an east-west band across the center of Mexico, coast to coast. Plants and animals from the two previously separated north-south worlds came together in this zone forming an astonishing variety of plant and animal species.

The Banderas Bay region and Cabo Corrientes are at the western extreme of the transition zone which is the area of greatest diversity. Myska notes that the Bay is itself extremely rich in its diversity of marine life. “For example, there are 17 species of cetaceans visiting this bay,” Myska says. “On any day from my window, I might see a green iguana at close range while I am also seeing a humpback whale surfacing on the bay in the distance.”

The death and rebirth of Viva Natura

After its close call with extinction, there is good news about Myska’s remarkable Viva Natura publication.

Viva Natura will soon be reprinted in a new, expanded edition offering profiles of 225 species rather than the 160 in the original book. The photography will also be expanded and the text will be updated, as will the Viva Natura website.

I asked Myska about the shots in Viva Natura, which include dangerous critters such as poisonous snakes. As he acknowledged in his book, Myska was given help by professional herpetologists who knew where and when to find these animals and how to handle them.

“If you know the rules, being in a natural setting is fairly safe,” Myska says. “Of course, stupid things are always possible in any environment.”

Two Master’s degrees from a Czech Republic university founded in the 14th century and a polyglot command of four languages have not opened an easy path for making a living for Myska and his wife and two kids. The economic constraints of being an independent zoologist have required Myska’s use of his considerable photographic skills for commercial projects in architecture and real estate.

But the revival of Viva Natura is obviously Myska’s grand passion. The preparation of the new, expanded edition was supported by CONABIO, the Mexican government organization charged with communicating the importance of Mexico’s extraordinary plant and animal diversity. The new Viva Natura will also receive support from the Punta de Mita Foundation, a privately funded organization based on the north side of Banderas Bay in the state of Nayarit.

Myska says support for Viva Natura from both the Foundation and CONUBIO will make an important difference in awakening a public consciousness of the remarkable richness of Mexico’s natural environment.

“When you learn that the lizard you see in your back yard is unique to your area and lives nowhere else, maybe you will fight a little harder against anything that damages that environment,” Myska says. 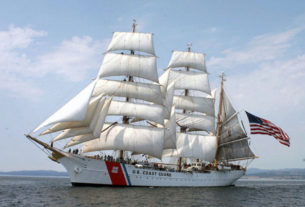