“Magic realism” describes a style of Latin American writing where dreams and reality meet on equal footing in worlds lying ephemerally in between, poised to subvert back to the norm the very instant a strange experience is realized. Writers such as Carlos Fuentes, Laura Esquivel and Gabriel Garcia Marquez draw as much from the landscape of soil and rocks as the minds of their characters to underline a sense of magic which hovers in the air.

The cemetery outside Zumpango, 50 kilometers northeast of Mexico City, is like that.

On our visit to this sparsely-populated region of crumbling haciendas, fields of maize and strong, fresh winds – ostensibly to hunt pheasant, we came across the old God’s acre after negotiating a rutted track, which anonymously traced its forgotten way under a deep blue sky. The cemetery lay silent and still in the hot breeze.

To all intents and purposes it was an ill-kept, forgotten boneyard, a dried-out patch fading in a land of sifting green – but we hadn’t reckoned on the “guardians.”

We pushed open the rusty, unlocked gate and entered the burial ground. Most of the headstones marked the resting places of century-old pilgrims, but the stones themselves were in good condition. We were about to further peruse the potter’s field, when a faint buzzing sound arose on the wind.

The noise got louder and louder, but nothing was to be seen – until they were almost upon us: a big black cloud of hundreds of screaming hornets! We saw them clearly now, charging directly at us from across the far side of the cemetery. It was only a few steps to the Ram Charger parked outside – a sprint of a few seconds – but we barely made it past the gate when the furious wasps reached us.

The moment we were got out of the cemetery, however, the angry insects advanced no further. There they hovered, droning over the entrance of the gate, a suspended sphere of noisy smoke. They didn’t budge an inch. It was weird stuff.

“They’re are the guardians of the cemetery,” noted an older and wiser Mexican companion, who had initially excused herself from our little inspection for the comfort of the car, and who now gave nary a quaver of surprise or alarm at what we had just experienced.

“Those hornets watch over the spirits of the dead, and you disturbed the peace.”

We drove away down the dusty track to further explore the region, erasing the cemetery in our minds as a future venue of photo opportunity. Luckily, there are plenty of other fascinating places to check out, but the essence of the theme is to stumble across them.

A do-it-yourself magical mystery tour, the Zumpango area offers a bountiful excursion into the unknown for the daytripper keen to escape the madding crowd. And for the hunter, there is an abundance of pheasant.

Aside from a few friendly campesinos washing clothes in a stream or tending a couple of cows, there’s nobody out here but ghosts. There are sprawling haciendas from the 1800s, unusual archways adorning stone bridges, and old stone chapels.

These monuments to a forgotten time are set amidst wide, open landscapes of rolling maize, abundant outcrops of nopales, and gracious, overhanging trees hugging little roads to nowhere. Tracks lead to picnic spots – established by hunters – where an afternoon can be whiled away in the shade of a tree. If you’ve got a portable barbecue – even better.

To reach the Zumpango region, you need a car. Take the Autopista running north from the Periferico to Pachuca. You actually enter the state of Hidalgo and take a turn over a bridge just past Los Reyes back into the State of Mexico.

When you get to Zumpango, just keep driving. When you hit the open spaces, you will find yourself immersed in the strangely magical air that infuses much of rural Mexico – but take heed of that cemetery. 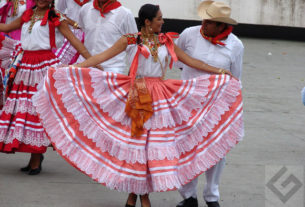