In the fall, my culinary thoughts inevitably turn to Thanksgiving. Although it is not celebrated as a legal holiday in Mexico, it is called El Día de Acción de Gracias, and some of my fondest holiday memories are of the Thanksgiving dinners put together by the American faculty members at the university where I worked in Puebla. We always invited friends and colleagues to share our holiday and bring their favorite festive foods.

Nothing was “assigned,” although we made the turkey, usually two big ones to accommodate the large crowd, plus gravy, traditional stuffing and cranberry sauce. (In those days, cranberries were nearly impossible to find in Mexico, and whoever was going to the U.S. would automatically tuck a can or two of cranberry sauce into the luggage; now fresh cranberries and cranberry juice are common supermarket items in Mexico.)

The side dishes and desserts were left to our guests, mostly Mexican, with a sprinkling of Europeans and South Americans. To me, with a burgeoning interest in the local food, it was always fun to see what our Mexican friends would bring. One of these dinners was my introduction to the wonderful dishes that could be prepared with one of the most common Mexican market vegetables, chayote.

The oblong baking dish brought by a neighbor who worked at the Casa de la Cultura was unveiled to reveal rows of chayote halves stuffed with different fillings, including chorizo, cheese, and a ground beef mixture reminiscent of picadillo. I had to share “tastes” with other people, including my husband, who had previously called chayote “bland,” in order to have room to sample each filling. I couldn’t decide which I liked best. The rich, spicy chorizo version? The comforting cheese gratin version? Or the beautifully seasoned Spanish style picadillo? One thing, however, was perfectly clear: this mild, delicate tasting vegetable was not bland, but only needed to be treated creatively and dressed up for company or used in everyday family meals.

Years later, when we lived in Oaxaca, I learned of a delicious, creamy chayote soup flavored with roasted poblano chiles, a specialty of Susana Trilling’s Seasons of My Heart cooking school. Later, down on Mexico’s southern Pacific coast, I discovered the chayote’s affinity for seafood, either in salads or stuffed with ceviche.

The chayote is a mild-tasting, pear shaped, light green vegetable, a member of the cucurbuta family that includes different types of squash, gourds and pumpkins. Like other squash, it grows on a vine and is a common home garden vegetable in Mexico. I remember seeing it in backyards in New Orleans, where it is called mirliton. In the U.S., it is grown in California, Florida and Louisiana and is widely available during the winter months. In Mexico, it is grown throughout the country and used in countless ways, both raw and cooked.

Cultivated in Mexico since pre-Hispanic times, and named by the Aztecs, chayote is rich in amino acids and used medicinally to dissolve kidney stones by preparing an infusion of the plant’s leaves. Infusions of the fruit are said to alleviate urine retention and thus reduce hypertension. Like any plant with medicinal as well as culinary value, chayote is much appreciated in Mexico, where gastronomic creativity has produced a remarkable range of dishes made from humble ingredients.

Besides being ideal to prepare as a stuffed vegetable, and in soups, chayote is eaten raw, grated into slaw-type salads, and used in fresh salsas with a variety of vegetables and fruit, including peaches, tomatoes, cucumbers and jicama. Breaded and fried, it can replace eggplant in baked dishes with tomato sauce and cheese, and is also used to make croquettes. Its refreshing flavor has been described as a combination of cucumber and apple, and chayote is found in sweet as well as savory dishes. It is served in the sugar syrup called almibar and in a sweet made with sugar, vanilla and cinnamon.

When buying chayotes, look for firm ones. Those with smooth skin are easiest to handle, although some varieties have knobby, hairy surfaces. I prefer the smooth ones, and avoid discolorations and sticky surfaces. The large ones, weighing about a half pound each, have tougher skin but are best for stuffing and do not need to be peeled for this purpose. Buy smaller, more tender ones if using them raw. Chayotes should be stored lightly wrapped in a paper towel, and keep for up to three weeks in the refrigerator.

If using chayotes raw, peel them before grating or cutting. Some people use gloves when handling raw chayotes, because of a liquid that seeps out and may irritate the skin, although I haven’t personally found this to be the case. Peeling them under running water is another alternative.Chayotes do not have to be peeled raw if being baked or steamed.

In Mexico, the large central pit of a steamed chayote is considered the cook’s treat. Once a chayote has been steamed whole, for example in preparation for stuffing, cut it in half and remove the pit. Let it cool and eat it as is, enjoying its mildly nutty flavor.

Use chayote in any mixed vegetable soup or Mexican style cream soup. Cube it or grate it for salads and fresh salsas. Chef Rick Bayless presents a simple chayote salad recipe in his book Mexican Everyday, in which cubed, cooked chayote is combined with tomato and green onion and dressed with a simple oil and balsamic vinaigrette.

Serve chayote cubed and steamed or microwaved and simply dressed with butter, salt and pepper as a vegetable side dish. Or steam a whole chayote, cut it in half and serve with butter, sour cream and bacon as you would a baked potato. Another preparation is to simply peel and cut chayote into slices and sauté with bell peppers and onions until the vegetables are tender. Chayotes make a good addition to winter casseroles, and are good in vegetable stir fries.

Following are some recipes for this remarkably versatile vegetable, which can be combined with a wide range of ingredients, dresses up or down, and always flatters its companions. 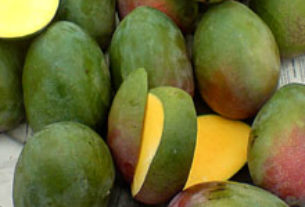 The Battle of Casas Grandes: My grandfather’s memories of the Mexican Revolution