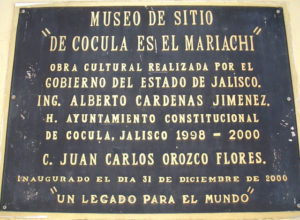 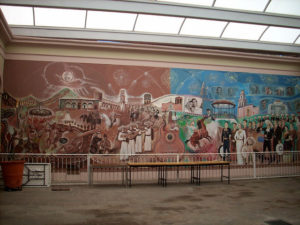 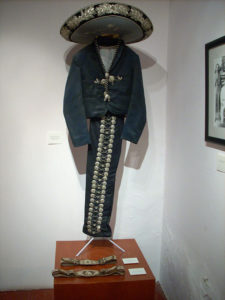 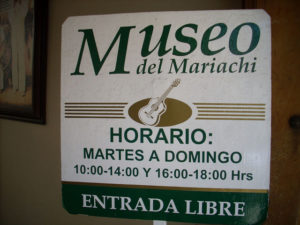 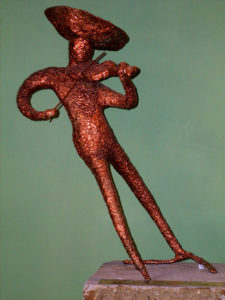 When the honorable and distinguished city leaders of Cocula, Jalisco select me as communications consultant for their mariachi museum, I shall recommend minor enhancements.

The host who greets visitors and discreetly flips a switch to light up exhibits would also turn on background music, mariachis of course.

If cost is a concern in a snug economy, we can deploy a used CD player and a backup copy of Mariachi Vargas’ “Mexico Lindo and Querido (My beautiful beloved Mexico).”

I will suggest a modest gift shop, offering small souvenir guitars and violins and accordions and perhaps horns and harps, all properly promoting Cocula. If city leaders favor wooden trinkets, we’ll look to Mazamitla. If plastic on keychains, maybe China.

For a very few pesos, there would be a happy, historical brochure in Spanish and English, brightened with photographs, preferably mine. Timeline. Facts. Official looking documents. Perhaps a greeting from el presidente.

The museum could stand a few sprinkles of tonic, a sparkler or two and other gentle improvements but I’ll wait until officially employed before additional announcements. As you can tell from my biographical condensation, I bring extensive international experience in quality, efficiency, productivity and how to claim a greater market share.

The payoff comes from getting the message across — for a modest fee.

The mariachi museum is almost a secret. Best I can tell, there are thousands of miles of highways in Mexico without a single Cocula billboard. Never heard a mention on radio or TV. If not for one line on page 60 of Tony Burton’s terrific travel book about Western Mexico, we might never have heard of it.

There had been some debate about the origination point. A few Frenchmen insisted the sound and the word mariachi were imported. Tony settled that issue. Cocula it is!

The violin is an integral part of this musical group; one of the most best known violinists was Don Silvestre Vargas, founder of the world renowned Mariachi Vargas of Tecalitlan.

OK, so where the heck is Cocula, you ask? In the colorful state of Jalisco, I say, not too far from Guadalajara or Lake Chapala, depending upon your choice of directions.

Find the intersection of highways 15 and 80 near the small town of Acatlán de Juarez (I recommend maps). Choose the old free road (80) going southwest toward Barra de Navidad but don’t go nearly that far. When you find a road sign that says Cocula to the left, go that way.

Cocula has a hint of class, brick colonial homes along streets wide enough for two carriages to pass without rubbing off the old gold paint. Some houses supposedly go back to the late 1700s, when wealthy hacienda owners were still coming to town for exciting whoop-it-up weekends.

Hacienda de San Diego, a couple of miles to the southeast, is a handsome historical monument to the good old days.

Cocula, like most Mexican towns, is built around a central plaza. It has two churches and a white municipal building. You have to have your glasses on and be looking to find the mariachi museum — but I’ll take care of that little problem in due time.

Inside the museum are handmade musical instruments, costumes, very old photographs, copies of songs, letters of praise, artistic casts and carvings and a very nice mural that does more than take up space.

Maybe you already know this but mariachi is not a generic term for all Mexican music. The museum host wanted to make it clear that mariachi groups have 10 or more music-makers. If I understood correctly, he said the minimum firepower is three guitars, five violins and two trumpets. A harp or two adds style and inflates performance fees. Think weddings, restaurants and early morning serenades on Mothers’ Day.

Matching uniforms might be just slacks and embroidered shirts or fancy dark suits or even white dinner jackets. Be on the lookout for silver buttons and other bright, shiny things. Sombreros and clean, polished cowboy boots remain popular.

Cocula mariachis are said to cling to the traditional sound, never to be confused with polka or country and western Willie Nelson or Garth Brooks. The museum host said that except for the trumpets, it is much as it was in the late 1800s. I’ll take his word for it.

My language skills are not strong enough to translate all the local vocals but I do believe I have recognized some Cocula love songs. Others are likely linked to how everyday things were in the countryside.

Beginning the day after Cocula leaders call, I’ll be a very quick study. If anybody thinks it would help draw a museum crowd, I’ll get slick threads and learn to sing along. 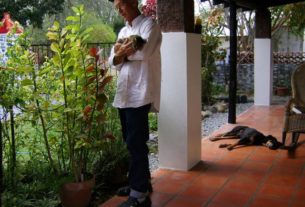 Guide to alternative tourism in Michoacan