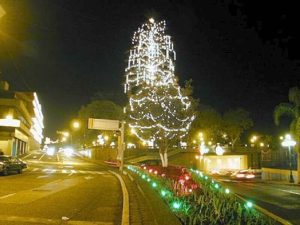 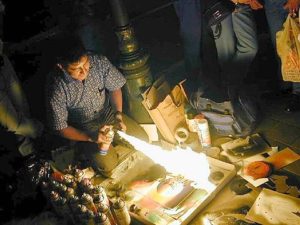 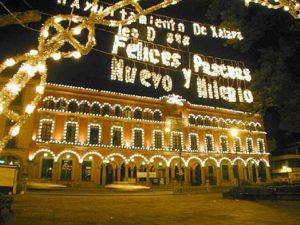 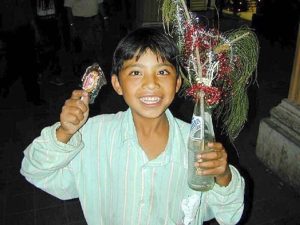 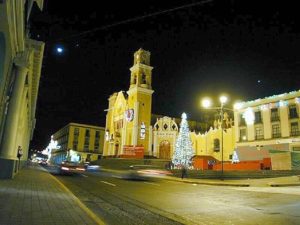 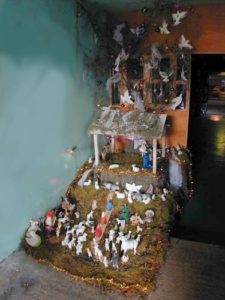 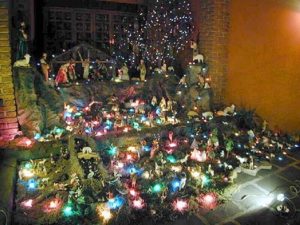 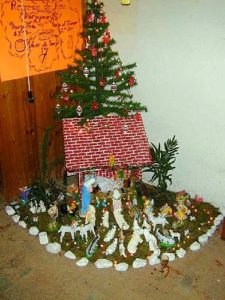 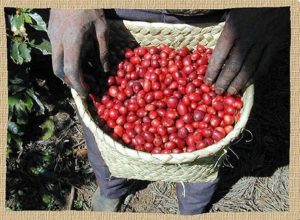 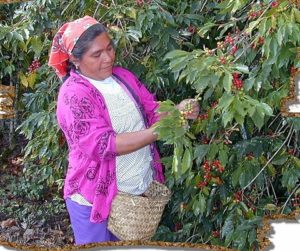 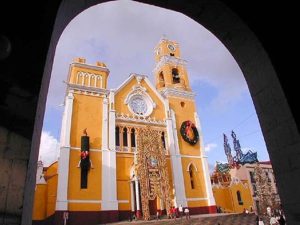 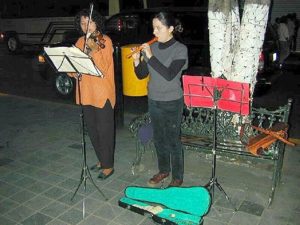 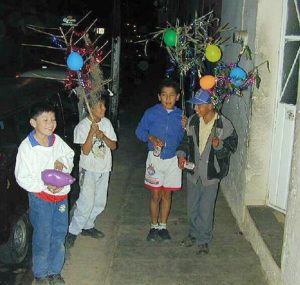 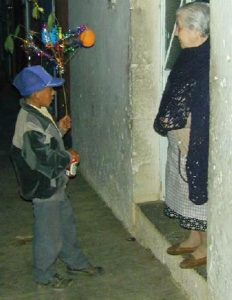 The sights, sounds and smells of Christmas in Mexico are wondrous, and Xalapa is no exception. Sparkling lights, music, cohetes (fireworks) and hot chocolate mix together to fill your senses. All Saints Day (Todos Santos) in early November ushers in the Christmas season and from then on a torrent of events seem to happen at the same time. Wandering around the city, you’re bound to stumble upon a fiesta almost every day during the month of Diciembre. Following are some of the holiday traditions celebrated in Xalapa.

December 12th marks the Día de Virgen Guadalupe, when Mexico’s revered Mother of Christ birthday is celebrated. In Xalapa long processions of pilgrims begin on December 10th with Coronas (crowns) from 3 to 6 feet tall made of bright, beautiful flowers lovely crafted by local artisans. Most of the processions are made by different sindicatos (unions) such as the electricians, taxi and bus drivers, city and state workers as well as barrios (neighborhoods), often causing hour long traffic jams as they slowly parade down the main streets singing songs of homage to the Virgin Mary on their way to the Capilla de Guadalupe in the barrio del Dique.

A custom familiar mostly to the state of Veracruz, La Rama is a tradition that begins on the 16th and continues until the 23rd of December (along with the Posadas and Pastorelas: please see other Mexico Connect articles) and is usually done by youngsters from age 6 to 16 who take a branch from some tree or bush, adorn it with tinsel, ballons, Spanish moss, silver stars or bright ornaments and perhaps a farolito (paper lamp). They then go from house to house in the evening singing songs accompanied by a tamborine, bottle caps on a wire as rattles, or perhaps a guitar and the ubiquitous glass FANTA bottle as a maraca, all in hopes of receiving an aquinaldo (bonus) consisting of money or perhaps mandarin oranges, apples, sugar cane, toys, or candy.

Then the verses continue:

Oranges and lemon
lemons and limes
the Virgin is prettier
than all the flowers.

In a small stable
made of lime and sand
Jesus Christ was born
on Christmas Eve.

At midnight
a rooster sang
and in his song said
that Christ was born.

Up in heaven
there’s a little stable
where he’s looking down
on the little boy (Jesus).

Green grass
covered with dew
he who doesn’t cover up
will die of cold.

Give me my bonus
if you’re going to give it to me
the night is very short
and we have to go.

When the group has finished the verses, they wait a moment so that the owner of the house can open the door and gives them the much awaited aguinaldo. Once they’ve received it they sing the following farewell:

The branch is now leaving
very thankful
because at this house
it was well received.

However, if the owner doesn’t come out to give them the aguinaldo, the group sings:

The branch is now leaving
very sad
because in this house
they didn’t give it anything.

Or they may sing mischievously:

The branch is now leaving
with feet of wire
because in this house
the people are dying of hunger.

Since Xalapa is a university city, many of the music students get together and sing La Rama in wonderfully stylized versions through the downtown streets. Of course there are other verses in the different regions of the state of Veracruz. Many years ago the tradition of La Rama continued until January 6th when the Reyes Magos (Three Kings) arrived to see the newborn Christ, and of course leave gifts for well behaved children.

As with many traditions in Mexico, La Rama was an extension of Aztec rituals, in this case versúchil, a festival in December commemorating the rebirth of nature. The flower of the maguey (agave plant), which is quite large, was used instead of the branch which is used today. La Rama we know today began in the Sotavento area of Veracruz, especially in the beautiful riverside town of Tlacotalpan where a strong Afro-Caribbean flavor was added, then extended to the port city of Veracruz and then to Xalapa about 50 years ago, promoted by Doña Rafaela Murillo in its present version.

Another wonderful tradition typical of this region is El Viejo started in 1875 in the Port of Veracruz as a social protest by workers, with clanking cans and loud drums. They asked for Christmas bonuses outside the home of a rich factory owner who was celebrating his Christmas Eve dinner. The tradition lost it’s political aspects and became more what it is today when a Korean who lived in Veracruz dressed up like the old man representing the old year in a Japanese almanac that he had. He would parade through the streets on the last day of the year followed by a little child representing the New Year, along with a noisy group playing guitars and güiros, banging pans or setting off cohetes and singing the following verses asking for their aguinaldo:

Today the Old Man is usually accompanied by an Old Woman carrying a baby doll; the actors being generally university students dressed up with incredible masks and old clothes, followed by a group of students going from store to store in downtown Xalapa asking for their aguinaldos. It’s a fun tradition where you gladly give your loose pesos and tostones (50 centavo coin) to this happy crowd ushering in the New Year.

Well, I hope you’ve enjoyed a little of Xalapa’s Christmas. There are many more traditions I wish I could have written about in this article, but I’ll try my best to write more very soon from this wonderful corner of Veracruz. ¡Hasta pronto!