Some time around the turn of the eleventh century indigenous tribes from the Valley of Anahuac trekked north and settled in the land that Franciscans, half a millennium later baptized, “Tlanepantla”. Today Tlanepantla thrives among Mexico’s largest populations, with nearly twelve million (12,000,000) inhabitants. Below the gray stones of Chiquihuite Hill, smelting, metalworking, machine-building, and chemical manufacturing eventually converted Tlalnepantla into one of the nation’s largest and fastest growing industrial centers. Streets and railways now ribbon the land of what was the “Chichmecatlallii,” or the first capital of the Chichimayas of the Valley of Anahuac (today’s Valley of Mexico). Even so, relics of its past Aztec culture and subsequent Franciscan evangelism live on in its Mestizo inhabitants.

Timeless relics among speeding vehicles and daily bustle, two ancient pyramids remain among Tlalnepantla’s oldest witnesses to prehistoric humans in the area. The principal archeological area is located in San Bartolo Tenayuca, and visitors can see another pyramid at Santa Cecilia Acatitlan. In addition to these prehistoric ruins, historic buildings, including convents, ruins of haciendas, and the sixteenth century Franciscan Corpus Christi Cathedral dot the Tlalnepantla cityscape.

Tula is thought to have been the first capital, or “Chichmecatlallii”, of the Chichimayas in the Valley of Mexico. The people of this group were hunters, gatherers, and warriors. Led by the Chichimaya commander Xólotl, his son, Nopaltzin and other Chichimeca leaders, they explored and eventually settled in the caves in the Cerro del Tenayo at the turn of the eleventh century.

Between 1064 and 1116 Chichimecas built the pyramid, Tenayuca, to honor the God of the rain (Tlaloc), the serpent God of Fire (Xiuhcoatl), the God of War (Huitzilopochtli), and the Feathered Serpent (Quetzalcoatl). Less than 200 years later, peoples of the Chichimeca Empire built the Pyramid at Santa Cecilia Acatitlán, marking the passage of the Toltec ruler, Quetzalcoatl, who served as a literary and historic liaison between the prehispanic, indigenous culture and early Franciscan historians.

Once Europeans conquered the Valley of Mexico (1524), Franciscans visited Tenayuca and Teocalhueyacan and established an evangelical center between them, calling it “Tlalnepantla,” which means “Land-in-Between.” They organized indigenous labor from both pueblos to build the Cathedral, Corpus Cristi (meaning, “Body of Christ”). The Tenayuca contributed pink stone from the Tenayo Hill (Cerro del Tenayo) and the Teocalhueyacan gray stone from San Andrés. The mixing of the two tribes with the Franciscans resulted in the foundation of Tlalnepantla.

During the nineteenth and twentieth centuries, Tlalnepantla rose to become an important political and economic center, hosting one of the continent’s largest populations in one of Mexico’s most influential municipalities and states. Today Tlanepantla is one of the country’s most important populations and business centers.

Tlalnepantla is located about 5 miles (10 km) northwest of Mexico City (See Map), in the State of Mexico, along the Tlanepantla River. One can reach Tlanepantla from Mexico City via taxi, or by traveling from the Subway Stations (Metro) Cuatro Caminos, El Rosario, or Chapultepec in a pesera (microbus that received it’s name because the fare was originally one peso) with the abbreviation “Tlane” in the window. Travel time from the metros, in a pesera varies from 25 to 90 minutes. Taxi fares change crossing the Mexico State line, and are generally higher than those within either the Federal District or the State of Mexico.

Sites of interest to tourists in Tlanepantla include the pyramids (mentioned above), haciendas (Santa Monica and the Ex-Hacienda “En Medio”), the Cultural Center Sor Juana Inés de la Cruz, San José Ranch, the Municipal Palace, the Municipal Historical Archive, and a number of architecturally interesting churches. Visitors to Tlanepantla can find maps with nearby tourist attractions at one of the many magazine stands located in the city’s historic downtown, and the larger hotels offer information about interesting sites.

On the city’s west side visitors can find larger franchise hotels, and small, very inexpensive to moderately-priced locally owned hotels dot the historic downtown area. Travelers considering the less expensive, downtown hotels should be aware that some of them serve a strictly adult clientele and have a great deal of late night traffic.

The Municipality of Tlanepantla offers a very informative (although a little awkward to navigate) page on the area at https://www.tlalnepantla.gob.mx/ . The page contains information on prehistoric, historic, and modern Tlanepantla. 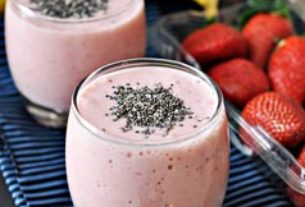