Some expatriates muse knowingly that retirement is a state of bliss, while others declare emphatically that it’s the State of Jalisco. So much to do and for once, so much time in which to do it. Many retirees living in Mexico turn to public service, others study Spanish or travel, still others live out a lifelong ambition — writing their memoirs. Writers’ Alert: there’s something new — a memoir in only six words. Short is in.

Great writers all give the same advice: boil your words down until only the best and briefest are left in the pot. Hemingway’s work is an example, and one reason why he’s a favorite of writers. There’s a legend about Hemingway that says he once rose to the challenge of writing a story in six words, turning in the poignant “For sale: baby shoes, never worn.”

A similar challenge was recently made to readers of Smith Magazine and the response from both famous and not-so famous writers was staggering. At the rate of 500 submissions each day, Smith had plenty of six-word biographical shorties for a book which made it to the New York Times Best Seller List. They entitled it “Not Quite What I Was Planning” a title taken directly from a six-word memoir by 25-year-old hairdresser Summer Grimes of St. Paul, Minnesota).

We thought it would intrigue expat writers to take part in a similar effort. To reduce one’s life into six words can result in the sharpest, most insightful, and touching writing imaginable. Following is a selection from Smith’s book to whet your appetites.

Made a mess. Cleaned it up. — Amy Anderson

Thought I would have more impact. — Kevin Clark

Everyone who loved me is dead. — Ellen Fanning

Running away: best decision I made. — Stephen Elliott

These may be short, but they speak volumes about each person’s life. It could be fun to have a Memoir Party with guests printing out their six-word bios on a name tag. That way, no matter who you’re talking to, you’ll know their life story and they’ll know yours.

Retiring to Mexico usually gives us time we never had before — time enough to make our memoirs tighter, more meaningful and, in short, shorter.

How To Make Teaching English In Mexico A Reality – Part 2 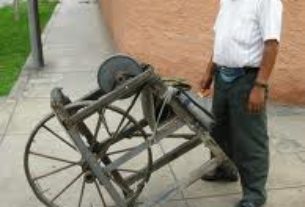