Historians disagree on who is responsible for starting the custom of honoring our fathers on a special day. Some claim it was Sonora Louise Smart Dodd who convinced the city leaders of Spokane, Washington to proclaim the third Sunday in June 1909 as Father’s Day. Others state that it had its origin in West Virginia. Yet some archaeologists will tell you they found evidence it was started over 4,000 years ago by a young boy in Babylon. Do we really care?

It seems that Father’s Day is celebrated all over the world, but not always the third Sunday in June as it is in our home-countries up north and here in Mexico. However, there is this special day to honor our fathers, grandfathers, godfathers, or almost any man who is a father or about to be one. We want to make them feel special, to feel our love and gratitude for helping to bring us into this world.

Don Gregorio is not the oldest man in Talpa de Allende, but he may be the biggest daddy of them all. He and Doña Matilda have sixteen children, all of them alive and living in the state of Jalisco. They count sixty grandchildren and thirty-five great-grandchildren in their clan.

A few years back, Don Gregorio told me he was going to Guadalajara for a few days to have a medical checkup.

“Where do you stay in Guadalajara?” I’m thinking I’m going to get a hot tip on a good, inexpensive hotel.

“I have over twenty houses over there. I can stay in whichever one I want.”

“Good grief! Do you own that many houses in Guadalajara?”

That’s when I learned about his big family.

I know about big families. I come from one. I am the baby of a family of fifteen, but I like to tell folks, “There were three litters and I am from the third litter.”

My father was old enough to be my grandfather when I was born, and I think I must have been as much a surprise to him as I was a disappointment to my mother. There were no hand-me-down baby clothes, toys, high chair or rocking horse for me. All those things were passed along to somebody else after my sister, next to me in age, had been born ten years before.

Family history records that my father was married to a beautiful woman named Lottie who gave him six children – four boys and twin girls. They lived on a big farm in the Deep South in the days before General Electric and Maytag came out with electric clothes washers and dryers.

One day Lottie and her household helper were doing the family laundry. Tin tubs, filled with fresh water from the deep well in the back yard, were used for the washing and rinsing. They boiled the white clothes in a big black iron pot set on a rack over an open fire of wood. They used a long wooden paddle to stir the boiling clothes. Lottie reached to the woodpile for another stick to add to the fire. As she tossed it on, the flames jumped out and caught her long dress on fire. She ran for my father, who was working in the nearby peach orchard. He threw her to the ground and tried to put out the fire with his bare hands. Lottie died and he still had flame-scarred hands when he went to his own grave.

Dad and Lottie’s baby boy was less than a year old, so he went to live with Lottie’s mother and the older children remained on the farm with their farther.

My mother and her husband were sharecroppers working my daddy’s land. Back then, it was customary for a woman to remain close to her bed for forty days after giving birth to child. My mother was still in quarantine when her husband fell sick with typhoid fever and died. My mother remained on the farm. She had three daughters and two sons, one of them a baby in her arms.

My older half-brothers and sisters tell the story that one day our father dressed in his best suit and black hat. He hitched up his horses to the wagon and drove down to the sharecropper’s house. With hat in hand, he knocked on the front door of the little house. My mother came to the door in her long dark dress and apron. My father said to her, “Mrs. Clark, I need a woman in my house to help me care for my children. I think you need a man to help you care for yours. Why don’t you come with me to the Justice of Peace office, we’ll get married and you come live in the big house with me?”

She accepted his offer and moved her brood into his house. Dad’s baby son continued to live with his grandmother, but the other ten live under the same roof. Generally speaking, it was one big happy family, but there were some issues they had to deal with. One of the twin girls was named Ethel Elene and one of my mother’s girls was named likewise. Both were called Ethel, so somebody had to give. Wanna guess who? Southern women were born to serve.

Another unexpected issue arose in this early brood. One of my half-brothers fell in love with his half-sister. Of course, they were not blood-kin, and they were young, but my daddy thought it not fitting for them to live in the same house. He blessed his son and sent him away to join the merchant marine.

Daddy called mother by her name, Dove. She called him Mr. Bright until he died. Four children made up the third litter and we’ve lost count of how many grandchildren, great-grandchildren and great-great-grandchildren he might have, but being the baby with six older brothers, some of them becoming fathers before I was born, gave me many opportunities to say, “Happy Father’s Day!”

San Miguel and the War of Independence by Mamie Spiegel 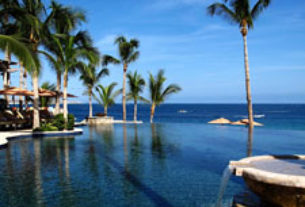