1998 witnessed the passing of such diverse figures as Frank Sinatra, legendary boxer Archie Moore, two-term Florida Governor Lawton Chiles, cowboy star and entrepreneur Gene Autry, and Clayton (“Peg Leg”) Bates, the one-legged tap dancer who was so skilled with a wooden limb that he forged a career (including twenty appearances on the Ed Sullivan show) that lasted from the 1920s to 1989.

It also witnessed the passing of Octavio Paz, the protean Mexican writer who won the Nobel Prize in 1990 and who was as noted for ideological integrity as for literary talent. In 1968, after the student massacre at Tlatelolco, Paz angrily resigned as Mexican ambassador to India.

Paz was born in Mexico City on March 31, 1914. His father, Octavio Paz Solórzano, was a lawyer who supported Zapata during the Mexican Revolution and made notable contributions in the area of agrarian reform. His grandfather, Ireneo Paz, was a journalist during Porfirian times who rallied to the standard of Madero.

Intellectually precocious and having access to his grandfather’s extensive library, Paz was a voracious reader his entire life. After studies in Mexico, he received a scholarship to study Hispanic poetry in the United States.

Paz was always a political man. In 1937 the sanguinary Spanish Civil War was at its height. A sympathizer with the Republican cause, he traveled to Valencia, the Loyalists’ provisional capital, to attend a congress of antifascist writers. At the meeting were figures who were united against Franco but who would later split over Soviet Communism. Both Paz and André Malraux became vigorous critics of Stalinism while Louis Aragon and Pablo Neruda continued to defend the Moscow regime. Accompanying him on the trip to Spain was his young wife, Elena Garro, from whom he was later divorced. Garro would become a successful novelist and film writer.

Returning to Mexico in 1938, Paz helped found a socialist-oriented magazine called El Popular. He wrote a daily political column for this publication and helped found another, Taller, which encouraged new poets. Among these, who became known as the “Taller Group,” were Rafael Solana and Naftali Beltrán. Paz had been a published poet since the age of 19, when he brought out a collection titled Luna Silvestre (Wild Moon”).

In 1944 Paz received a Guggenheim Fellowship and studied Spanish American poetry in New York and San Francisco. During this period he gained valuable insights into the differences between North American and Mexican cultures and these served him well when he came to write his most famous book, The Labyrinth of Solitude, in 1950. The first part of this widely acclaimed work is an analysis of the Mexican character and the second part an interpretation of Mexican history and its influence on the Mexican psyche.

In 1945 Paz joined Mexico’s diplomatic corps and served at posts in France, Japan, and Switzerland, among others. Then came his appointment to India in 1962, followed by the 1968 resignation in the wake of Tlatelolco.

Though a man of the left, Paz was just as opposed to repression and human rights violations in countries that called themselves socialist as in authoritarian countries of the right. In 1951, living in Paris, he wanted to publish a report on the death camps of the Soviet gulag. This was a period when the Korean War was raging and the French Communist Party’s enormous power embraced not only the country’s largest union but also a clamorous stable of intellectual camp followers. These were led by Louis Aragon, whom Paz had known in Spain, and included even members of the Catholic clergy. One cleric, Abbd Boulier, referred to NATO commander General Matthew Ridgway (who had commanded U.S. forces in Korea) as “Ridway (sic) le pestell (“Ridgway the plague bearer”) — thus parroting communist charges of germ warfare in Korea.

Operating in such a cultural climate, it took courage for Paz to denounce the Gulag. Though excoriated in such fellow traveling literary publications as Les lettres Françaises, Paz stuck his guns. “It is inaccurate,” he declared, “to say that the Soviet experiment is a perversion of socialism. The crimes of the bureaucratic (Soviet) regime are its own … and not of socialism.” Though Paz supported Fidel Castro in the beginning, he would later sour on the Cuban dictator for his dismal human rights record.

Another highly acclaimed book, Corriente Alterna (“Alternating Current”) (1967), shows Paz as a scrupulous analyst of political insurgency. He makes a distinction between the revoltoso (“mutineer”) , revolucionario (“revolutionary”), and rebelde (“rebel”). The first is an individual who rises spontaneously against injustice, the second is one intellectually committed to party or movement and the third is a solitary individualist unruly toward authority. Though Paz is not an apostle of non-violence in the tradition of Gandhi and Martin Luther King, he emphasizes that he prefers “lucid violence” and a revolution based on clear ideas.

The Tlatelolco massacre was obviously a source of tremendous spiritual agony for Paz. He compares it to the Aztec rituals of mass sacrifice designed to keep the people in line and comments on the irony that the pyramid at Tlatelolco was a place where “rivers of Indian blood” flowed in the heyday of Aztec dominance.

After Tlatelolco, Paz went into a three-year period of self-imposed exile. He taught at Cambridge in 1969 and in 1971-72 he held the Charles Eliot Norton Chair of Poetry at Harvard. Then he returned to Mexico and became an independent critic of one-party domination over Mexico’s political system. He founded a magazine called Plural, a supplement to the well-known daily Excélsior. Plural became a highly-regarded intellectual gadfly publication but Paz suffered a setback when Julio Scherer García, the editor of Excélsior, was forced from his post by President Luis Echeverría because of the paper’s attacks on his government. In 1976 Paz founded another literary and cultural monthly, Vuelta, which lost no time in acquiring the sort of prestige that Plural had enjoyed.

Paz’s works have been translated into many languages. Among educational institutions that have awarded him honorary degrees are Boston University (1973), University of Mexico (1978), Harvard University (1980), and New York University (1984). His awards include the Jerusalem Literature Prize and the Premio Nacional de Letras in Mexico (both 1977), the Cervantes Prize (1981), the German booksellers Peace Prize (1984), the Oslo Poetry Prize (1985), and Spain’s Menendez Pelayo Prize (1987). The culmination, in 1990, was the Nobel Prize for Literature.

Octavio Paz was one of those figures who was as fortunate in his choice of enemies as of friends. Like George Orwell, Arthur Koestler and the Italian antifascist Carlo Tresca (assassinated in 1943), Paz was hated by both totalitarians of the left and of the right. This hatred, and the respect he won among lovers of freedom, was a badge of honor every bit as impressive as his Nobel Prize. 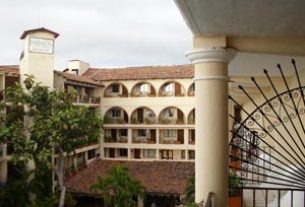 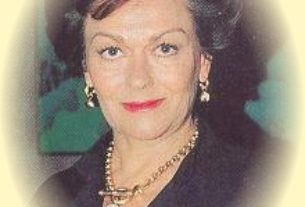