Pope John Paul II named the Virgin of Guadalupe Patron Saint of the Americas on January 22, 1999 and that year her Basilica was was the most visited Catholic shrine in the world. Today the feast of Our Lady of Guadalupe, also known as the Queen of Mexico, is celebrated on December 12th, the date of her second appearance. However, it was on December 9, 1531, when Juan Diego, a humble Indian peasant, was crossing the hill of Tepeyac just north of present day Mexico City that — it is said— a beautiful shining woman miraculously appeared to him.

Declaring herself to be the Virgin Mary, Mother of Christ, she called Juan her son. He reported his vision to Bishop Juan de Zumarraga, who demanded additional evidence of the divine apparition.

On December 12 then, Juan Diego returned to Tepeyac, where the Virgin told him to gather roses where none had grown previously. Then, when the Indian delivered the roses to the Bishop, the image of the Virgin Mary miraculously appeared on his cloak. This has been taken as proof positive of the apparition.

Ever since the 16th century the tilma or cloak of Juan Diego displaying the image of the Virgin has been the focus of veneration by generations of devout Mexican Catholics as an actual physical artifact of a divine occurrence. Numerous claims are made in favor of its authenticity.

For example, examination by ophthalmologists allegedly reveals the image of a man staring out of the eyes of the face on the cloak. This is taken to mean that the Virgin Mary was actually present in the room when Juan Diego presented the roses to the Bishop. On this interpretation we are to imagine that we are seeing the face of Juan Diego as the Virgin Mary saw him more than four and a half centuries ago.

According to some accounts, her image on the cloak has remained unchanged over the centuries, although it is also said to have been retouched in 1929 to repair damage sustained through time and circumstance.

Whatever the “scientific” explanation, this image of the Virgin Mary not only reflects the sudden and violent clash of two cultures, Spanish and Aztec, but remains for many a symbol of the birth of the Mestizo nation of modern Mexico.

The fame of the Virgin of Guadalupe rose rapidly after the Conquest and has continued to the present day. A small church was constructed on the spot where the apparition first appeared. In 1709, a larger church was erected on the site of the original sanctuary.

In 1745, the Vatican recognized Juan Diego’s vision as a miracle and two new Basilicas were built, one in 1904, the present one in 1976. Today the shrine of Guadalupe in Mexico City has became one of the most famous sites in Christendom visited by millions of pilgrims annually.

However, there is another side to the story. Before the fall of the Aztec capital of Tenochtitlan in 1521, the hill where Juan Diego had his vision had also been the site of an ancient temple to the Aztec goddess Tonantzin (Our Revered Mother), later leveled to the ground by the Spaniards.

According to the great Franciscan ethnographer Sahagun “Our Mother” Tonan was also known as Ilamatecuhtli (a noble old woman) and Cozcamiauh (a necklace of maize flowers).

Aztec deities could not only be of double gender but different names represented different facets of the character of the same deity. Tonantzin, therefore, may be associated with the dread goddess Cihuacoatl (a serpent woman), whom Sahagun identified not with the Virgin Mary, but with Our Mother Eve and her encounter with the serpent of good and evil in the Garden of Eden.

Like most other Spanish missionaries, Sahagun was absolutely convinced that all Mesoamerican gods and goddesses were manifestations of the Devil. In the clash between Christian saints and Mesoamerican deities, it is not surprising therefore that the original Virgin Mary was eventually transformed into a beautiful dark-skinned Virgin encountered by Juan Diego.

The fortunes of Juan Diego have likewise waxed and waned over the centuries.

Depending on the source, Juan Diego was either a humble peasant lad wandering over the hill of Tepeyac or one of the most influential and powerful men in the Aztec Empire at the time of the Conquest.

When the Vatican decided to canonize him, their investigation reportedly revealed that the humble Indian lad had actually been a prince, the son of a king of Texcoco, who helped Cortes defeat the Aztecs. His royal blood and social standing are sometimes said to account for the large numbers of Indians who were baptized after the apparition of the Virgin in 1531.

In this particular account Juan Diego is a royal prince and a warrior, called the Tlacateccatl (he who commands the warriors), an honorific title given to the general in command of a troop of 8,000 men. One may indeed speculate that Juan Diego could have been transformed from a noble to a peasant under the influence of the Spanish missionaries to make his supernatural encounter on Tepeyac more congenial to the natives and thus encourage their conversion to Christianity.

There are several different definitions of truth, all equally valid depending on your point of view.

For example, it is true that the Basilica of Guadalupe at Tepeyac was constructed on the site of the former temple of Tonantzin. That is an established historical fact or relative truth.

The concept of the goddess Tonantzin or the Virgin of Guadalupe, on the other hand, represents another kind of truth, a religious or spiritual truth. The latter we may describe as Absolute Truth because it remains absolute and unchanging regardless of individual opinion.

The first deals with concrete or factual evidence, such as textual analysis or archaeological artifacts, the second with theology, metaphysics, and matters of belief or faith. These two approaches to truth are not necessarily confrontational but may in fact be complimentary.

Accordingly, the ancient Aztec belief in Tonantzin and the Christian faith in the Virgin Mary are not necessarily contradictory.

Christianity in Mexico has been described as Mesoamerican Catholicism, an inextricable blending of Pre-Hispanic religion with the symbols and tenets of Christianity. In the case of the Virgin of Guadalupe, the Indians in Mexico simply transferred their beliefs and practices from Tonantzin, the Goddess of the Earth, to Mary, the Mother of God. In the process, the Indians also transformed the beliefs and practices of the Catholic Church to conform with and support their own Pre-Hispanic religion and world outlook. At least this is one point of view.

The original story of the Virgin of Guadalupe is told in detail in the Nican Mopohua (“Here it is told”), a section of a larger work known as “The Great Event,” a Nahuatl document published in 1649 by Luis de la Vega. It is in the form of a dialogue between Juan Diego and the “Noble Queen of Heaven, Forever Virgin, Mother of God” in which the Virgin instructs Diego how to convince Bishop Zumarraga of the truth of her apparition. She then instructs him to build a church for her on the Hill of Tepeyac. The document ends with acknowledgment of the divine character of the image on the cloak of Juan Diego. For Catholics, this confirms the validity of the church in Mexico and the role of the Virgin of Guadalupe (or Tonantzin) as a symbol of the Republic of Mexico.

In section # 26 of the Nican Mopohua, the Virgin states that she is “Mother of the One Great God of Truth (In Huelnelli Teotl Dios), the One Through Whom We All Live (Ipalnemohuani), the Creator of People (In Teoyocoyani), the Lord of the Near and the Far (In Tloque in Nahuaque), etc.”

These are a few of the key terms in understanding and interpreting Nahuatl literature. They are found in a number of poems ascribed to poets who lived before the Conquest of Mexico.

The problem is to explain how these poems — which were composed without the use of writing as we know it — got into the written form we have today.

The presence of Christian terms, such as “Dios,” “Santa Maria,” and “Obispo” scattered throughout these poems have led some scholars to postulate that they were not only composed and written after the Conquest but show more Christian influence than pre-Hispanic tradition.

While any discussion of the question of authenticity is outside the scope of this article, the use of these terms by Catholic writers is not. For example, one writer argues that in section # 26 of the Nican Mopohua, the Virgin is saying that she is the Mother of all the ancient Aztec deities! It follows from this, according to this writer, that the Virgin has incorporated the whole of Nahuatl (Aztec) philosophy and theology into Christianity, and thereby laid the foundation for the evangelization of the Indians. On this interpretation Aztec philosophy is nothing more than a Christian invention. But as M. Portilla showed in his work on Nahuatl philosophy, these terms predate the arrival of the Spanish missionaries and so cannot be used to prove Christian influence.

Nahuatl philosophy is a subject for future articles but, however you look at it the symbolism of the Virgin of Guadalupe, she represents the universal search for answers to the human dilemma, the mystery of death and the meaning of life. 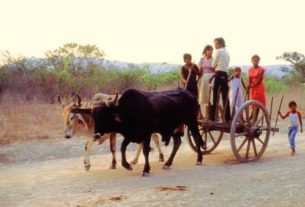 A tourist’s guide to Tuxtla Gutierrez, Chiapas: What, how and where?

An expatriate in Mexico