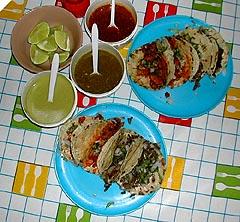 One of the earliest and most common of Mexican foods to be exported and embraced north of the border, the taco is simply a tortilla wrapped around a filling. From the ground beef-filled hard shells of Taco Bell to the “mystery meat” school lunch versions, tacos have become as much a part of the North American culinary landscape as hamburgers. Authentic regional Mexican tacos have also proliferated in el norte, sold in family restaurants and from carts in many large US cities. In fact, the taco has found its way to just about every corner of the world, becoming the international symbol of Mexican food.

Virtually anything that can be rolled inside a tortilla becomes a taco, as evidenced by the proliferation of taco recipes in foreign newspapers, cookbooks and on Internet sites. The tacos included in this guide, however, are a far cry from these sometimes bizarre adaptations.

Mexican street tacos, the heart and soul of the country’s diverse cuisine, while varying from one region to another, bridge social and economic differences by the mere fact that everyone eats them. From fashionably dressed couples munching on grilled beef tacos at sidewalk tables to day laborers standing hunched over a plastic plate of tacos de carnitas, everyone enjoys what has been called “the most democratic of Mexican foods.”

Although the term taco comes from a Spanish word meaning “light snack”, the taco itself had its origins in pre-Hispanic times, when the Aztecs and other groups in their empire, using corn tortillas much as Europeans used bread, rolled the tortillas or broke them into pieces to scoop up food. The food being scooped was, of course, different in each region and the street taco as we know it today evolved from the rural areas of Mexico.

The campesinos’ wives, bringing them their mid-day meals in the fields, used the practical method of wrapping the day’s comida in tortillas. With the urbanization of Mexico and the movement of large groups of country people to the cities, came the proliferation of modest businesses offering the regional food to which the new arrivals were accustomed, in the form in which they were used to eating it. Thus, in Mexico City, the largest urban area of all, stands selling tacos de carnitas from Michoacan and Jalisco and tacos de barbacoa from Hidalgo and Tlaxcala sprang up along with many others offering taco specialties from nearly all parts of the country.

The regional differences in origin include differences in the type of tortillas used. Generally, the northern Mexican grilled meat tacos are wrapped in flour tortillas while corn tortillas dominate in the south. The size of the tortillas also vary, small corn tortillas being most the most common, with white corn tortillas preferred over the yellow ones for tacos. Because of their 3”- 4 ” diameter size, the tortillas are usually doubled and tacos sold by una orden – an order – made up of two or three. The large majority of tacos are made with soft tortillas, the exception being tacos dorados, which are fried until crispy.

Methods of preparation also vary, which is why different taquerías – taco stands – and puestos – ambulatory carts which usually set up shop at the same place daily – have different cooking equipment. Whether the taco filling is fried, grilled or steamed depends on the kind of filling being used, with each stand having its specialty. The equipment used will be described under the taco categories below. Nearly all taqueros – taco vendors – use a huge block of wood – tronco – resembling a tree trunk, and an impressively sharp cleaver with which to hack the meat swiftly and skillfully into bite-size pieces that get scooped into the taco in the blink of an eye. It really is a joy to watch the coordination and rhythm of movement an experienced taquero has developed.

Next come the garnishes, with chopped onion and cilantro often automatically added by the taquero unless asked not to. The stand will usually have an array of salsas for the customer to add to taste: the fresh chopped salsa known as salsa casera; a cooked red salsa made with dried chiles; a tomatillo-based green salsa; and a guacamole-type salsa, looser than the guacamole made for dipping with tortilla chips, but the perfect consistency for dribbling on tacos. Also present are the ubiquitous limones, the lime wedges that seem to get squeezed on nearly everything. Many types of tacos, such as the grilled norteño beef tacos, are eaten with grilled cebollitas, or green onions. Radishes and cucumbers are also often found chopped and set out with the salsas at taco stands. In the realm of street food, nothing is quite as much fun as customizing your own tacos.

Many foreigners come to Mexico with the idea that they can get tacos any time, but this is not generally true. Looking for tacos around midday, perhaps at the time of the gringo lunch, will not normally be a successful pursuit. Tacos are either a morning treat or a nighttime snack, pretty much disappearing between the hours of noon and six p.m. This is because the main meal in Mexico is eaten in the afternoon. Not to worry: by about six the smell of meat begins to permeate the air and the taquerías are back in business.

Whether you prefer to eat at a table in a more upscale sidewalk restaurant, or standing up over a counter, you will never need to remember the words for “knife” or “fork” since these clever little self-contained bundles are ready to eat with the fingers. You should, however, remember the following tips for safe, healthy eating:

Starting with “morning” tacos, the types of tacos are listed according to the categories used in Mexico, which are basically determined by the ingredients and their preparation.

TACOS DE CANASTA or “basket” tacos, sold in the morning, are the only tacos not prepared on the spot. They are made at home, wrapped in layers of cloth and paper to keep warm, and tucked into baskets. Sold from doorways, small stalls and even bicycles, they are sometimes called tacos sudados – “sweated” tacos – because of the steam created by wrapping the warm tacos. Small corn tortillas are commonly stuffed with either papas con chorizo (potatoes with chorizo), chicharron (pork rind), frijoles (beans), picadillo (spiced ground meat) or a specialty of the housewife who made them. They are popular in cities, where they are often delivered to offices and other places of business, much like the donut carts that cater to workers north of the border.

TACOS DE BARBACOA , another morning treat, are most commonly found in the central part of the country, especially in the states of Mexico, Tlaxcala and Hidalgo. The filling for these tacos is traditionally prepared by wrapping sheep, lamb or goat meat in maguey leaf linings, called pencas, placing it over a pan to catch the juices which help steam the meat, and burying it in a fire pit in the ground, something like an underground oven. Nowadays, especially in the cities, the method is simplified by wrapping the meat in papel de mixiote, which is a substitute for the now-endangered maguey leaves, and cooking it in a vaporera (steamer.) The stomach of the sheep may also be stuffed with organ meat to make a sausage called montalayo, which is also served in tacos. Northern Mexico, especially Sonora, has its own version of tacos de barbacoa using beef. Even in the north, where flour tortillas are traditional, these juicy tacos are made with corn tortillas. Their traditional accompaniment is salsa borracha – “drunken sauce”- made with pasilla chiles and pulque.

TACOS DE CABEZA , literally meaning “head tacos”, are just that. A traditional breakfast in Sonora and the Bajío, they are also popular in Mexico City. Traditionally, the head of a steer was steamed all night, the bones and gristle removed in the morning, and the meat shredded and stirred with its broth. Taco stands offering this specialty are distinguished by huge metal steamers in which the pieces of meat are cooked. Being an inexpensive meat, the stands selling it are often located in humble neighborhoods. Since the meat is steamed for a long period of time, it is well-cooked without grease of any kind. The customer chooses the type of meat from a large assortment, including sesos (brains), oreja (ear meat) and lengua (tongue) among others. The first-time consumer might want to stick with maciza, which is a boneless piece of beef. Toppings for tacos de cabeza are chopped onions and chopped cilantro and red or green salsa. 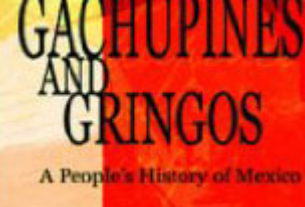 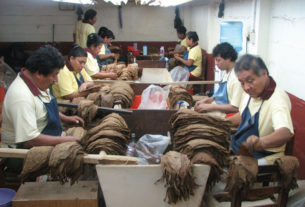 1 thought on “Wrap It Up: A Guide To Mexican Street Tacos – Part I”