Chicho gently took my hands in his, leaned in close and locked in on my eyes with a soul-penetrating gaze. “¡Qué bonitos ojos tienes, güerita!” he whispered huskily.

Geez, I wondered to myself, can this be happening? Is this dark-eyed hunk really interested in me? Stringy, mousy-haired me? Hopelessly flabby-thighed me? No speak-o Spanish-o me?

“¿Cuándo vamos a Acapulco?” he asked in the next breath.

Whoa, fella. That message was clear. We had just met that morning, and already he was contemplating an escapade to the beach? It was my first week in Mexico and I was enjoying making new acquaintances. This was supposed to be lunch at a vegetarian restaurant, not the first step to a love affair.

I declined Chicho’s invitation. I had my own agenda, which didn’t include breezing off for an intimate seaside holiday with a handsome stranger. . .at least not yet.

Still, I confess, for a fleeting moment I had been tempted to say yes.

As a newly arrived foreigner, Mexico was beginning to weave its magic on me. All my senses were heightened and I was experiencing life with incredible intensity. I was 23 years old, unattached and ripe for romance.

Chicho seemed so genuinely taken with me and I certainly found him attractive. Thick, wavy hair, a monumental mustache hovering over full, sensuous lips, those black eyes, the perfect, god-like body. He was drop-dead gorgeous—and he knew it. “Chicho,” I later learned, was a nickname for Narciso. Narcissus. Figures.

It also turned out he was married and the father of several small children. I declined further dates and his interest soon waned. The Chicho experience was my first encounter in amor a la Mexicana, but hardly the last. It didn’t take me long to discover that as a blond, blue-eyed gringa I would be the object of much attention from Mexican men. I got hit on a lot.

The term “latin lover” is hardly a misnomer, for a Mexican man is an ardent and effusive swain. Any hombre worth his tequila and salt never hesitates to express his interest in a woman.

I like to sing to the wind, for my songs take flight
And I say whatever I feel at any and every site.

When a Mexican man sees a woman he finds attractive he’s inclined to echarle una flor — toss her a flower, a verbal bouquet. However disconcerting to the unsuspecting foreigner, a suggestive “mamacita chula” murmured by a passing stranger is intended as a compliment rather than an insult.

Once I got over the initial shock, I found that being on the receiving end of these spontaneous expressions of sentiment could uplift my spirits, especially on a day I was feeling less than beautiful. I quickly learned, however, that if I showed a positive reaction I might find myself stuck with an unwanted suitor. So I began to emulate the Mexican women who, I observed, respond with total indifference and simply go on about their business.

For all that has been written about charrería and soccer, it’s probably fair to say that romance is truly Mexico’s great national sport. To be more than a spectator it’s advisable to learn the rules of the game. By free-wheeling Anglo-Saxon standards, courting customs in Mexico, especially outside modern urban areas, may seem both strange and antiquated.

While men are outspoken and demonstrative, a woman is still expected to be reserved in her public display of affection. Teens may first exchange shy glances while attending school, church or fiestas. In many villages it is still customary for males and females to stroll the central plaza in opposite directions, engaging in innocent flirting as they come face to face over countless laps.

Unmarried women, even when dating, are often accompanied in public by a third party acting as chaperone. A brother, sister, cousin or aunt can protect her from untoward behavior and safeguard her reputation. A date may consist simply of a young man paying an evening call on his novia to hang out on her doorstep. They may slip into a shadowy spot to exchange tender conversation and a few furtive kisses.

By far the most charming of all Mexican courting customs is el gallo, the rooster serenade. The musically inclined novio, guitar in hand, will pay a late night call on his beloved, arousing her from slumber with a festival of boisterous song. He can enhance his performance by bringing along musician friends or hiring an entire Mariachi band to provide back-up.

This romantic tradition is not exclusive to young lovers. A musical wake-up call may be the gift of a devoted husband or loving children to celebrate a woman’s birthday or honor her on May 10th, Mother’s Day. Naturally, the “crowing” will likewise awaken the neighbors, but no one seems to mind. It’s all part of the exuberant fun of an everyday Mexican valentine.

Torrid, stormy romances with Mexican men, I have to admit, were what initially lured me to settle in this magical land. Were it not for them, I probably would not have stayed here long enough to meet the fellow gringo who finally captured my heart. Ultimately it was our common cultural background, enhanced by a mutual love for our adopted country, that helped us forge a lifetime partnership.

Still, a special warm spot is reserved for the mexicanos whose unfettered terms of endearment built up my self-esteem, whose overt virility spurred womanhood to blossom. And most of all, gracias a mis amores, I have come to experience day-to-day events more fully, to love life. . . with a passion. 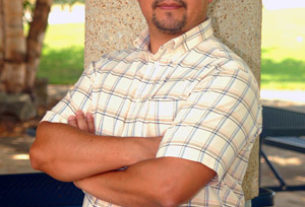