Skip to content
La Loteria is an old game of chance played throughout Mexico. It first became popular in the last half of the eighteenth century and although it is rapidly being replaced by modern, electronic games, it is still widely played at festivals, fairs and carnivals.

Despite its name La Lotería most resembles a form of bingo using pictures instead of numbers.

The following are explanations of how to play the game.


There are two main versions:

1. Up to six people and one caller can play.

2. Choose a caller. This person controls the individual cards which correspond to the pictures on the larger cards. The caller will pull the individual picture cards from a bag.

3. Give each player a game card. Players can use more than one card at a time.

4. Play for a pot of money by charging each player a fee for each card used.

5. The caller draws the individual cards one at a time. Players with corresponding pictures on their game cards cover that picture with a token, or with an extra bet. Whoever covers three pictures in a row in any direction, horizontal, vertical or diagonal, wins – taking the pot plus any additional bets made by other players. The caller takes a percentage of the pot for his or her labor.

Another version can be played wherein players simply place bets on the picture on their game card which they feel the caller will next pull from the bag. This version is often played at fêtes and carnivals in Mexico. Pictures the size of playing cards are spread out on a table. The caller has a bowl of oversized dice which have the pictures on each side instead of dots or numbers. Players place bets on their preferred picture abd the dice are thrown.

In Mexico callers have developed phrases for the pictures which, like the pictures themselves, have regionalvariations. The phrases often have almost surreal associations. Thus, for example, the rooster becomes “I sing for St Peter”, the sun “coat for the poor”, women “perdition of men”, the dandy “Don Ferruco in the Alameda Park”, death “oh, how ugly you are, godmother” and the devil “sweet Virgin Mary”.

In some areas, like Oaxaca, poetic verses are shouted out, for example:

“I’m the devil and I’ve arrived
although you can’t see me;
I haven’t come to borrow,
not even to eat.”

“Don Ferruco is a dandy,
who wears an overcoat.
and as he turned the corner
he fell with his face into the mud.”

La Loteria is produced by popular artists throughout Mexico. There are many different versions of the game, all wonderful variations on what remains, basically, the same set of symbols.

Editor: This post is numbered 1968 in memory of the lottery of life that played out during student demonstrations at Plaza Tlatelolco prior to Mexico hosting the 1968 Olympic Games. These protests led to the massacre of hundreds of students:

Published or Updated on: January 1, 2006
Share This:
Tagged culture-customs 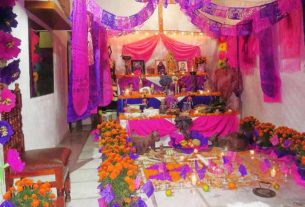 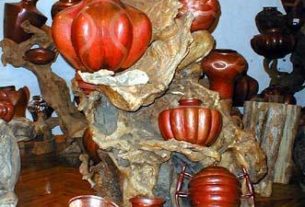 A Oaxaca culinary ambassador: an interview with Chef Pilar Cabrera