Here’s a nifty idea for a book for both Spanish language students and for people interested in Mexico. Author De Mente has found an effective way to reach both groups with a volume that takes a studious and careful look at 130 key words in Spanish and has written a couple of pages on each one. In the process, the reader is treated to a variety of knowledgeable tours through Mexican history and sociology and customs that would be hard to find elsewhere. Another group who would find this a useful read are business people from the U.S. and Canada and elsewhere who find themselves dealing with their Mexican counterparts.

The kinds of words that are discussed here are, for example, abrazo, comida, familia, negocios, simpatico, cortesia, pobreza, etc, etc… Each one is used as an entry point into a short dissertation on some aspect of Mexican life.

For example, in the case of the abrazo, the embrace or the hug, the author says that “Mexicans cannot feel really close or intimate with people until they engage in the abrazo, so it especially behooves businesspeople from other countries who want to establish good relationships with their Mexican counterparts to wholeheartedly adopt this custom.”

Comida, the traditional Mexican main meal, which takes place in the middle of the afternoon, is the time for family members to gather round the table and converse. In the working world, “these long afternoon rituals of eating and drinking provide the foundation for all-important personal and business relationships in Mexico.”

In the case of familia, the family, one finds acute differences between Mexicans and Americans. The author notes that American families stress independence and competition and taking the initiative. Mexican parents stress parental authority, emotional dependence on the family and on self-discipline. American children grow up to be inner directed and to take an individualist approach to the world, while Mexicans grow up with a group orientation and are primarily family and group directed.

De Mente’s assertion that “there are no warmer or more caring people anywhere,” might strike some ears as being rather exaggerated, given the general image of Mexicans in the U.S. This is a claim the author makes in discussing the word simpatico. From my own six years in this country, however, I believe I can attest to the truth of the statement. In fact, I’ve written a couple of articles in Mexico Connect in the past about wonderful personal experiences we’ve had here that I don’t think would have happened up north. Unlike the word “sympathy” in English, there is no element of “pity” in simpatico. If someone says, Tengo mucha simpatica para ‘anybody’, it’s more likely to mean they have a lot of admiration for the person involved.

The word pobreza, poverty, comes in for some discussion with De Mente asserting that for more than 300 years the Catholic Church of Mexico, which was in charge of education and many other facets of life for so long, was vehemently opposed to education for the masses and to any effort to create economic opportunities for the poor. Indeed, De Mente is extremely critical of the Church in many of the essays that touch on Mexican history.

Carlos Fuentes is quoted as saying the culture of his country is “far more intricate and challenging to the North American mind than anything in Europe; a country at times more foreign than anything in Asia.” And while there’s no doubt that huge changes are taking place in the country it’s still easy to relate to someone else’s comment elsewhere in the book: “We want to be affluent, but we don’t want to be American.”

De Mente covers an amazing amount of ground in these 300 pages. The topics are extremely wide-ranging. He discusses relationships between men and women, labor laws, the police versus the public, the priesthood, mothers, bargaining in the markets, attitudes to “gringos”, the Day of the Dead, machismo, the Aztecs, Montezuma’s Revenge, politicians and scores more subjects of relevance to life in Mexico. In fact, a short review is almost an impossibility for a book that has such enormous scope.

Indeed, not content with his discussions of the 130 key words, De Mente even wraps things up with a final chapter which takes a look at a further three hundred everyday words, slang terms and expressions, many of which you perhaps won’t find in your dictionaries, but which are in common use throughout the country. And, again, they serve to shed more light on a dramatically different but changing country.

The short essay-type format makes “There’s a Word For It….” easy to read. You can dip into it at almost any page. In fact, you can settle for reading just a couple of the short pieces every day and reflecting upon them, rather than trying to digest the entire volume from start to finish in a linear fashion, as with other books.

As you can see, I was impressed with what I read. If I have one caveat about this book it is that the author’s credentials for writing it are glossed over so skimpily. Here’s the sum total of what the book says about Mr. De Mente: “…an experienced author, brings more than 25 years of writing about comparative culture to this study.” Amen. Personally, I think that when a book covers this much ground, we readers deserve more explanation.

I raise that point because I did come across a very negative review of this book. But as it lacked any specific criticisms, I think I’ll ignore it. Also, I did discover in my researches that De Mente has written many books, mainly about living and working in Japan and Korea. Other than that, I remain impressed with his book about Mexico.

In my humble O: This one’s a keeper. It belongs on the permanent shelf.

MexConnect is reader-supported. Purchases made via links on our site may, at no cost to you, earn us an affiliate commission. Learn more.
Published or Updated on: September 1, 2000 by Alan Cogan © 2000
Share This:
Tagged Alan Cogan book-reviews culture-customs learning-language perspectives 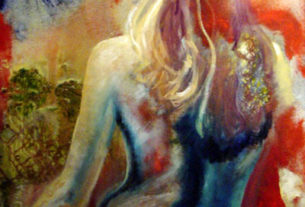