Maseual Siuat Xochitajkitinij, or “Indigenous Women, Weavers of Flower,” works toward the revalorization and cultural conservation of traditional handicrafts. It is also promoting equity between men and women in the workplace.

Yohualichan is one of those places that, if you blink, you might miss it. Situated toward the end of a meandering cobbled road in the midst of the Sierra Norte Mountains of Puebla, the entrance to the town’s road and archaeological site is marked by a single blue sign around a curve in a one-lane “highway.”

The two-kilometer distance from the entrance of the stone road to the town center below can be traversed by car or by the small transit camionetas, but the views and preface the road gives to the hidden, yet abundant small village is much better served by walking.

First settled by the Totonacs and later overthrown by the Aztecs, the present indigenous inhabitants of Yohualichan – which means “Casa de la Noche” in Spanish – are Aztec ancestors. The population’s first language is Nahuatl but many, particularly of the younger generations, are bilingual in both Spanish and their native language. Because of its isolation and the impoverished conditions of its inhabitants, Yohualichan was little known to visitors before the early 1970s when the archaeological site it now boasts as its main tourist attraction was uncovered.

The facades of the temples directly superimposed over their original ones bear witness to the overthrowing of the Totonacs by the Aztecs and the subsequent restructuring that occurred. The site is what originally accounted for a surge in tourism to Yohualichan, which in turn spawned an upswing in the production of artisan goods customary of the region. Since the late 1980s, one group in particular, Maseual Siuat Xochitajkitinij, or “Indigenous Women, Weavers of Flower” in English, has been working toward the revalorization and cultural conservation of traditional artisan goods. It is also promoting equity between men and women in the workplace.

Set among vibrant greenery on a rise in the hillside is the site of the cooperative. The space was once a small parcel of land on which the group’s three founders and early members used to gather under a tree to spend hours back-strap weaving and organizing group meetings. Today it is now occupied by a store that sells artisan work and weaving supplies, a restaurant serving traditional food, and an eco-tourism site whose construction is on its way to completion. While these buildings are certainly something to marvel at, it is the women in the group who are the motivating forces behind the fledgling business and concept.

Although only two of the original three founding members of the group remain living, Antonia and Natividad continue to serve as examples of innovation and using cultural preservation to effect social change. The women met in the late 1980s through a nutrition seminar. They soon discovered their similar concern for maintaining some of their community’s most important cultural elements through artisan work. Both women had been taught by their mothers, grandmothers, or other family members how to weave, which in earlier times involved beginning with the cultivation of cotton or wool and ending in a final woven product. However, with the passing of years, rising land and raw material costs, and continuous devaluation of artisan goods, back-strap weaving has become an increasingly lost art.

Troubled by the ensuing disinterest in other cultural practices, such as traditional dress, the two women were determined to develop a way to renew interest in weaving. Starting out small, they traveled to surrounding towns and villages as teachers of back-strap weaving. Soon, they formed a group that met regularly under the large mango tree in the town center of Yohualichan. Their group seemed to be gaining strength in numbers and resources. They had received donations of money and supplies from the state and other organizations in recognition of their effort, and had even been given a mill as a way to gain capital and provide the service of grinding corn to the rest of the community. A new municipal administration elected to office in the early 1990s temporarily halted their momentum, however, by banishing the group from their public meeting spot and seizing their donated resources.

Weakened but not defeated, the women of the group scrounged together money from raffles, food sales, and what personal donations they could give in order to purchase the piece of land where Maseual Siuat Xochitajkitinij now resides. In a strange twist of fate, the discrimination suffered by the new local administration was what ultimately led the group to its current location and gave them renewed purpose.

Today, the group has overcome political opposition and community ridicule by men and women who viewed the women’s work outside the home as a betrayal of traditional roles. They have created a group that is striving to maintain the cultural heritage encapsulated in traditional Nahua artisan work and give its members an equitable and self-sustaining workplace. Cecilia Avila Francisca, the group’s current president, is the niece of founder Antonia; along with her sister Mary, she has been responsible for expanding the mission of the organization. Building an integrated workplace in which men and women work side-by-side has always been one of her visions for the group. To develop this vision, she supports and recruits male artisans and weavers to break down traditional gender role stereotypes.

Cecilia and Mary have also been behind a recent expansion in the business that includes a line of linens and an eco-tourism project. The line of linens represents a way for the group to combine its traditional practices with contemporary designs. Items include sheets, bedspreads, towels, and duvets with traditional embroidery and weaving patterns in assorted colors as well as table linens and curtains, among other things. Appealing to a larger commercial audience within Mexico and eventually exporting are both parts of their mission as a business.

The restaurant Ticoteno, inaugurated in February 2000, serves customary cuisine rich in legumes and spices, as well as their delicious handmade corn tortillas. Originally, this facet of the business was developed because of group members who had grown too old or vision-impaired to continue weaving, but still wanted to be involved in other ways. It has since evolved into a community dining spot that even the locals enjoy frequenting.

Eco-tourism is another facet of the business that the group hopes will boost their economic and environmental sustainability. And, while the ruins in Yohualichan have been a tourist attraction for over 30 years, the group’s cabins will be the first local accommodations for visitors.

Each project extends the dynamic reach of the Maseual Siuat Xochitajkitinij within the community of Yohualichan, the state of Puebla, and throughout Mexico, and pushes them toward success. Although they still confront problems of marginalization, economic hardship, and seemingly endless hours of work, it is the commitment of those members who day in and day out work tirelessly to keep the group’s mission alive that allow it remain resilient after all of these years.

Yohualichan is located eight kilometers outside of Cuetzalan del Progreso, Puebla. Signs are clearly labeled within the larger town of Cuetzalan. 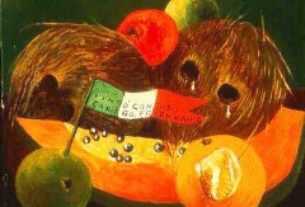 Codfish with tomatoes, olives and chiles: Bacalao a la vizcaina