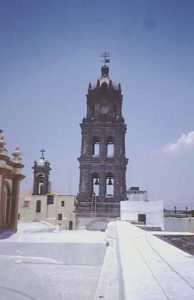 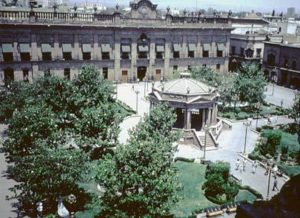 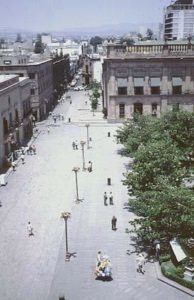 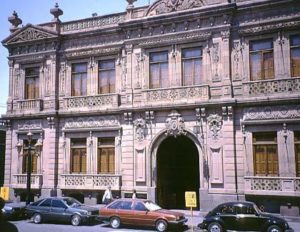 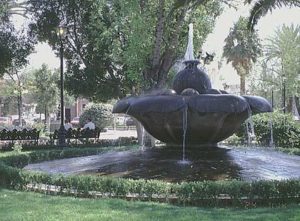 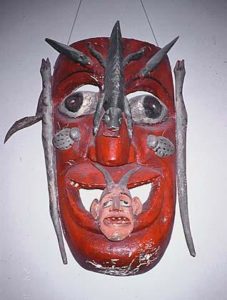 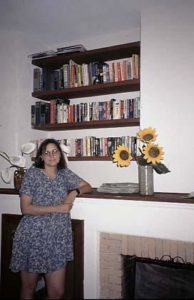 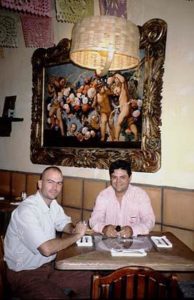 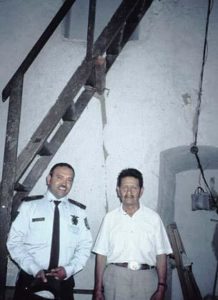 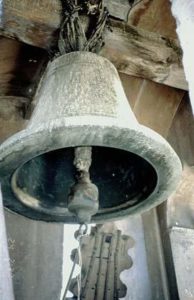 I had my eyes and camera focused on the twin bell towers of the main cathedral in San Luis Potosí, so he saw me before I spotted him. “Do you want to go up there and take pictures from the top?” he asked.

I turned and met the round, dark eyes of a policeman. “Do you want to go up and take pictures of the whole city?” he asked again, pointing to the twin bell towers. “For five pesos, I take you.”

“Up there, with the bells? I asked. “Sí. I take you.” His kind eyes and wide smile softened the harshness of his crisp uniform and polished pistol.

I was traveling by myself in Mexico. Although I visit frequently, this was my first trip alone. My journals are full of exciting off-the-beaten path happenings. Yet, scribbled in the margins are “if onlies” and “what ifs.” There are places I didn’t go and things I didn’t do because of someone else’s schedule.

In many ways, traveling with others is enriching. In many ways, it’s limiting. On this trip, I wasn’t harnessed by other people’s interests or sense of danger. For days, I meandered alone through San Luis Potosí, open to unexpected happenings.

The policeman spoke again. “You wait here, okay? You wait for me, just a few minutes.” He headed inside the police station, a few yards from where I was standing. As he opened the door, he turned back and ordered, “You wait for me.”

As I waited, I admired the stonework and fanciful architecture of the centuries-old government buildings near the cathedral. Uniformed guards with night sticks stood straight and attentive between columns marking the entrances.

Once the governing center of a territory that extended into Louisiana and New Mexico, San Luis Potosí has a population of more than 500,000. A small city by Mexican standards, its colonial core of cobblestone streets, archways, bench-lined plazas and cathedrals has been preserved and restored, so a sense of history hovers over this part of the city. In addition, there’s a pulsing, emerging commercial and industrial center, resulting in a schizophrenic tempo of past and future.

In a few minutes, he returned and introduced himself as José Ricardo Juárez. “Me llamo Geri,” I said, using up half my Spanish vocabulary. We shook hands, and I followed Jose across the street, into a side entrance to the cathedral. We wound our way through a narrow, walled outside passage, and up a few stone steps. He stopped and explained that Mr. Daniel, caretaker of el campanerio de la catedral (the belfry) was his friend. Mr. Daniel had rung the bells every hour of every day, except Tuesdays, for the past 23 years.

“You will meet him, and he will let us go up the stairs,” José said. He explained that the stairs were old, but safe. “But you must be careful, Miss Geri,” he warned.

As we entered his cave-like alcove, Mr. Daniel was sitting on a small, straight-backed folding chair. His thinning black hair matched a neatly trimmed mustache. Two empty Coke bottles and a pack of cigarettes were on the floor. Tucked under the sloping roof was a cement slab, covered with a tattered red and brown wool blanket. A small, glassless window overlooked the alleyway. I asked if I could take a picture. “Of us?” José asked as he motioned Mr. Daniel to his side.

I thanked them, and followed José up the winding stone stairs, worn to a slippery smoothness. Here and there a dim light bulb cast shadows on the dark, damp walls. Finally, José stopped, patted the top of his head, and pointed to a small opening about three feet high. “Be careful, Miss Geri,” he said.

We squeezed through, onto the roof of the cathedral. The size of a city block, the flat whitewashed concrete of the roof was interruped by gently rolling mounds. We cut diagonally across the humps to the north edge, overlooking the police station.

I took pictures of the cityscape, while José chatted in halting English. He explained that the massive statues along the rim were the 12 disciples. There were 24 of them, not 12, he said proudly. As we walked counter-clockwise, along the rim, we could see only their flat stoney backs.

On the west side, the moguls narrowed into a curb about the width of my shoe. “Be careful, Miss Geri,” José instructed, extending his hand to balance me. We inched along, then cut across the roof toward the bell towers on the eastern facade of the cathedral.

José told me the history of the bells, not all of which I understood. He explained there four bells on each of the first and second tiers of the two towers, and two bells in each of the third levels, for a total of 20. Some are damaged, and some were stolen during various uprisings. Mr. Daniel rings one bell each hour. On holidays, he runs among the bells making them clang loudly in celebration.

I grabbed the roughly braided rope, and resisted the temptation to give it a tug. It was so thick it bulged through my fingers, and its course fibers scratched my palm.

“Come, Miss Geri,” José ordered, extending his hand and heading toward a ladder leading to the second level of bells. As I looked up at the bells, I heard someone say, “This is silly. We’re not going up there. We’ve seen enough.” The words sounded real, but they were merely echoes of scibblings in the margins of my journals. The only real voice was Joseés, asking if I wanted to climb before or after him. I went first, while he held the ladder steady and said, “Be careful, Miss Geri.”

Once on top, I photographed him climbing up. He laughed, then insisted on taking one of me, which meant I had to go back down a few steps and pose.

After I took a few pictures, José took my hand and said, “Come Miss Geri.” He led me to another ladder, made of two ropes with wooden slats strung between. The bottom slat was missing. “Un momento,” José said as he scurried for a rickety nearby chair. He steadied the chair, as I climbed onto the first rung. I looked straight up, and noticed several steps missing between me and the top. Several others had decayed into mere splinters. As I teetered on the first solid step, the third tier of bells seemed very far away.

What a thrill it would be to climb to the uppermost bell of this magnificent cathedral, I thought. I took another step. The ladder swayed and creaked.

“No?” he asked, disappointed at my reluctance.”

On the way down, my thoughts swayed liked the splintered ladder. I couldn’t recall when I had turned back because of my own limitations. Always, there had been a parent, a friend, a son, a husband warning me. Always, I heeded the warnings. Until now, others were to blame for opportunities missed.

As we squeezed through the three-foot opening, I asked José if I should give my five pesos to him or Mr. Daniel. “To Mr. Daniel,” he said. “Mi amigo. I help him. Five pesos — or ten is okay too,” he smiled. I gave Mr. Daniel ten pesos, about $1.50 US.

As José and I said goodbye, he wrote his name and address in my notebook, inviting my friends to contact him for a tour of the towers. He said not to look for him at the police station, because he might not be on duty.

I thanked him, and as I walked away, José yelled, “Have a good visit and be careful, Miss Geri.” 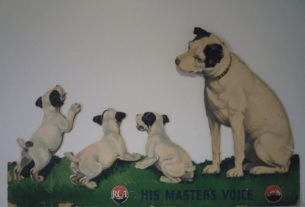