Along with many other expatriates living in Mexico, we occasionally hear of a famous one who lives, or once lived, among us.

We know that Helen Hayes, Erich Fromm and Maurice Evans lived in Cuernavaca, and Tennessee Williams, D. H. Lawrence and Somerset Maugham lived in Ajijic. Just a few years ago, I had Christmas dinner at the Ajijic home of Todd Karns, whose memorable performance as James Stewart’s war-hero brother, Harry Bailey, remains in the minds of everyone who saw Capra’s iconic classic, It’s a Wonderful Life. Impressive names all, and there are others.

The Ajijic resident who impressed most wasn’t even real… or was she?

The world knows her as the fictional Lady Brett Ashley in The Sun Also Rises. Hemingway’s first novel was the quintessential story of the Lost Generation’s brash, bored and boozing expatriates just after WW I, breezing from the cafés of Paris to Pamplona’s running of the bulls. Lady Brett Ashley, one of the most famous literary heroines of all time, was the painful memory of an unrequited love in the life of Ernest Hemingway.

Hard-partying Lady Brett Ashley was based on Britain’s hard-partying Lady Duff Twysden, a real woman, who later lived on the shores of Lake Chapala in Mexico. But I’m getting ahead of myself.

In The Sun Also Rises, a character named Bill Gorton (based on real-life Hemingway pal, Donald Ogden Stewart) defines the meaning of “expatriate” to the novel’s Jake Barnes:

“You’re an expatriate. You’ve lost touch with the soil. You get precious. Fake European standards have ruined you. You drink yourself to death. You become obsessed by sex. You spend all your time talking, not working. You are an expatriate, see? You hang around cafés.”

In the book, the character of Lady Brett Ashley is a free-spirited, sexually aggressive, brazen beauty who takes for granted that all men will fall in love with her. And they do. Even gay men lust for her company. And they get it.

Lady Brett wears her hair styled short, like a man, and yet is extremely feminine and sensual. Even the Basque peasants who see her on the streets of Pamplona become star struck, placing her on a wine cask during a fiesta and dancing around her as though she were a goddess. Lady Duff, of whom it was said that she had a spectacular talent for pleasing her partners, is portrayed by Hemingway in an ambiguously favorable manner. The qualities of Lady Brett that are the most admirable – her easy camaraderie with men, her willingness to take risks, her devil-may-care attitude (all of which were traits of Lady Duff), and that she doesn’t flinch at the carnage in the bullring, symbolize the new woman of the Twenties: the Flapper.

Although Jake Barnes is the protagonist of The Sun Also Rises, Brett serves as the novel’s center, its objective focus. Jake has been rendered impotent by injuries sustained in the war, which make him unattainable and safe while, emotionally, he is torn apart at not being able to consummate his adoration.

In real life, the womanizing Hemingway yearned to betray his wife, Hadley, and have an affair with British born Lady Duff, but Duff believed other women’s husbands were off limits. In the novel, Hemingway’s real-life failure to seduce Duff was symbolized by Jake’s impotence.

Duff had already had two turbulent marriages and was then living with an amiable alcoholic renegade, Pat Guthrie. When the pair had money, they lived at the Ritz in Paris and when they were broke, they repaired to a third-rate hotel. If a check came in, they went back to the Ritz.

Duff drank as much as anyone, but no one ever saw her drunk. Hemingway was attracted by the same things that captivated all her admirers: her insouciance, style, and captivating charm. When she solemnly told him that his sexual magnetism teased her self control, he was even more excited by her. In Pamplona, Duff’s presence changed the fraternity revel into a nervous festering of sexual jealousies,” says Bernice Kert in her book, The Hemingway Women.

Years later, after Duff had long since left Paris, she lived on the shores of Lake Chapala with third husband, Clinton King. “We lived a different life from the rather senseless Montparnasse days,” recalled King. “I worked all day at painting while she drew her amusing sketches in watercolor, or posed for me, or read a great deal.”

The economist, Stuart Chase and his wife met the Kings while vacationing in the area. “…We met together every night for conversation and… drinks,” they recalled. “She would arrive wearing a big Spanish hat and looking terribly attractive. One night she sang ‘Sea Shanties’ for us. Another time she cried because it was her son’s birthday and her former husband’s family would not let her see the boy. In the summer of 1933, she and Clinton moved to New York. Clinton’s allowance from his family had been cut off when he married her and his resources were nearly exhausted. They were reduced to living on small checks that occasionally arrived from Duff’s relatives in England and the rare sale of one of King’s paintings.”

If you are an expatriate living in Mexico, be nice to all writers you meet – you may inspire another famous literary heroine in an author’s next novel.

Of Lady Duff herself, she died of tuberculosis in New Mexico at the age of 45. All her pallbearers were former lovers. 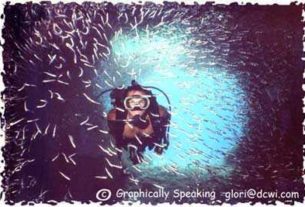