The experience of going through a job interview is, for most people, exhausting and stressful. You seek advice from others, read books about it, and prepare yourself to talk and behave in ways that feel unnatural to you.

The main reason why the interview process is so stressful is because the managers giving the interviews do not follow a consistent pattern of asking questions or processing the answers they get. Of the many functions managers play, interviewing potential employees falls in the category of “going with your gut instinct.” Of course, there are plenty of ‘how-to’ interview books and seminars, but most of the managers I know pay little attention to them. Yet the interview is usually the determining factor in who gets hired and who doesn’t.

Managers’ interview techniques vary tremendously. Some have their own (rather bizarre) theories on how to decide if a candidate is the right person or not. I knew a manager who would take the candidate out for lunch, and if the candidate would put salt or other condiments on his or her food without tasting it first, he would dismiss the person.

The reason? This manager said that it shows that the person didn’t have a research-based orientation in the decision-making process.

Although managers often ask similar questions, the way they process or judge the answers is affected by their own outlook, or their own cultural or national perspective.

Take, for example, the question “Where do you see yourself in five years?” The question is a difficult one to answer, because most people have no idea how to see anything that far ahead.

So why is it asked? Because it is supposed to tell the interviewer if the candidate’s career goals can be matched by what the company can offer. It is also used to determine character. In the United States, for example, it is a good idea to show ambition. A good answer might be “I see myself at your level,” or something to that effect.

Showing ambition is a positive trait, since you are demonstrating that you believe in yourself. Yet if you were to give that same answer in Mexico, for example, you would probably be dismissed. Yes, the interviewer might agree that you are ambitious, but not necessarily in a positive way.

“Why would I hire someone who wants to take my job away from me?” is the manager’s likely mental response.

Language skills often affect perception of who is the best candidate. According to Margaret Coolbaugh, an independent consultant who has worked for years in both Mexico and the United States, when English-speaking executives working in Mexico interview candidates, more often than not the one who has the better command of English is chosen, although that person may not be the best candidate.

Other standard interview questions like “in what ways can you contribute to the company?” tend to have different implications when asked by U.S. or Mexican managers. In the United States the question is asked to find out areas of competence that the candidate can offer the company. In Mexico, that question is often asked to find out the willingness of the person to go the extra mile. As an example, a few years ago I was coaching a Mexican student in Chicago before a job interview. After the interview, I asked her how it had gone.

“Really well,” she said. “They asked me how I could contribute to the company, and I told them I would be willing to help in any area they might need me.” Well, she didn’t get the job.

Because managers vary so much in what they look for, it is no wonder that most people find being interviewed one of the most painful experiences of their job hunt. That is why when people ask me how to prepare for an interview, I tell them to be themselves. At least if you get hired, you won’t need to pretend to be the false person you portrayed during the interview process.

Published or Updated on: May 1, 2000 by Ilya Adler © 2000
Share This:
Tagged culture-customs doing-business finance-economics Ilya Adler 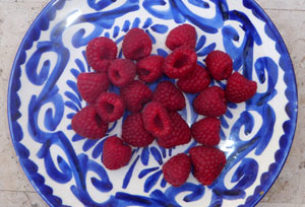