Imagine living in an adobe home set into a cave halfway up the side of a mountain. Each morning you wake and look out on a vista of gleaming, craggy red rock reaching above forests of dark green pine trees. Your work takes you down the granite slope to a milpa (cornfield) freshened by a gentle river flowing nearby. When you harvest your crop, you store it in a fat dried mud and stick granary, which is taller than you can reach.

This is what a group of Pre-Columbian inhabitants did at a mountain site in northern Chihuahua, less than six hours from what is now the US/Mexico border.

Today, the Valley of the Caves can be reached from nearby Nuevo Casas Grandes in northern Chihuahua. It contains many archaeological cave sites typical of those spread across the Sierra Madre Occidental. Dwelling remains, potsherds, and stone implements in the Casas Grandes style are abundant. What makes this area unique is two caves in particular, Cueva de la Golondrina (Swallow Cave) and Cueva de la Olla (Cave of the Pot).

Cueva de la Golondrina shows occupation back to 5500 BC, one of the earliest sites in all of Mexico. Cueva de la Olla is distinguished by a seven-foot diameter by 12-foot high granary that resembles a huge pot just within the entrance to the cave. Unlike the ancient pottery of the area, this “olla” is of dab and wattle construction.

In addition to the granary, the remains of seven rooms can be inspected. Made of adobe, the walls now stand only four to five feet high. Occupation was from 950-1060 AD and the site is a fine example of the Mogollon Culture.

The drive to the Valley of the Caves covers less than 40 miles of rough road through spectacular mountain scenery. From the dusty floor of the Palanganas Valley, near Nuevo Casas Grandes, one ends up at a small alpine village, Ignacio Zaragoza, complete with steep A-framed roofs shaded by luxurious willow trees. Four-wheel drive is not required, but good clearance is a necessity. At times during the climb, the road is little more than a steep, narrow, rocky track. Cliffs rise on one side inches from the bumper, while dropping off to oblivion on the other side a mere yard from the tires.

Plan on between three and four hours for the drive. Spring through fall are the seasons to visit. After summer rains wildflowers abound along the route. Carry swimsuits during the summer months so that you can take a needed break in the Río Piedras Verdes. The route from the valley below to Ignacio Zaragoza is singular, but getting to the cave from the little village can be confusing. Ask for directions at the local store. A guide can also be hired at the Posada de las Ollas in Mata Ortíz, the potterymaking village near Nuevo Casas Grandes.

A short drive from I. Zaragoza ends at Rancho Casa Blanca. Visitors to the cave must pass through this property to get to the cave. Permission is no problem and there is no charge. The site of the ranch is spectacular. The white house is almost 100 years old. A wide porch looks out on lush fields of corn. A gift of Tylenol is always welcome, as both the matriarch and one of her sons suffer badly from migraine headaches.

From there, it is only a half a mile down to the parking area below the Cueva de la Olla. Camping sites beside the river are available, and a short hike up the granite slope, the cave awaits. 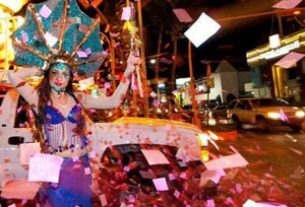