FROM FAR AWAY I am wondering about my state of Durango, Mexico. I am wondering how much rain has fallen on the Sierra Madre Occidental today or how congested traffic got in Durango City, the state’s capitol. In my head I envision the map of the state and pinpoint major cities and landmarks that I have visited or read about. I wonder from afar unforgettable.

Why should I care about a state that I left fifteen years ago, at the tender age of eight? In reality I have only returned once, at the age of eighteen. Last time I visited I wandered around Durango City’s Plaza de Armas, the Government Palace, the Cathedral, the avenue Veinte de Noviembre, the stores, and other colonial attractions. However, when I think about the state, I think about its rural culture. I think about the large Mennonite community, Tepehuan and Tarahumara Indians, Its colorful towns, its rivers, its forest, its high-elevation views. Perhaps my attraction for the rural is attributed to the town where I was born–La Mesa.

La Mesa is a town where immigrants that return on occasion from the United States are slowly introducing new technology. Camcorders, Sport Utility Vehicles, cd players, and washing machines, for instance, are a few of the products that are just beginning to be used by well-off families. After decades of mass immigration this town is less vibrant than when I was a little boy. I remember walking to school and saying hello to my peers, older folk, ladies, and even livestock. Yes, livestock would pass through the unpaved streets. The town’s fiestas brought out the true colors of my people. Most of its people have left to another land, another culture, another currency, another language, and another president. However, La Mesa refuses to disappear from the map. There is simply too much history for the town to just disappear; it retains all the memories of the past. La Mesa is a testament to centuries of courage, triumph, sorrows, and of deep faith.

An hours drive from La Mesa is a town that is also the seat of the Municipality, Tepehuanes. Most of the town’s inhabitants have relatives or friends working in the United States. The so-called “northern migration” has produced a unique atmosphere in this town, and most of rural Durango. It’s not unusual to find people on the streets or in businesses talking English. During summers and Christmas you will find many of the towns vehicles with U.S. license plates; in particular from Illinois, Nevada, and California. Again, attributed to the immigrants bringing back new ideas, technology, and culture from the United States. Consequently, this town of less than 10,000 inhabitants boasts of having its own government Internet site, along with numerous individuals that have created their own websites. Regardless of new technologies, Santa Catarina de Los Tepehuanes, the full name the Spanish gave to it, preserves its 400-year-old colonial identity.

Time stops in my municipality, the pace of life is slow. There is more time to appreciate its landscape, its Cathedral, its streets, its buildings, but most of all…there is always time to talk to your neighbor, friends, or family. The municipality of Tepehuanes, which includes my town, remains a part of me.

My curiosity for Durango lies in its deep history, its vast and unforgettable sceneries, but most of all the people of the state take great pride in their state. Although, like most of Mexico, there serious social problems that plague the state, Durango remains a dear place for me.

As I write this, I am more than three thousand miles away from the land of my ancestors, parents, and myself. Distance does not matter; even though I am far away I cannot forget about Durango because Durango runs through my veins, giving me life. 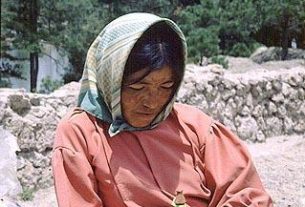 The Tarahumara: An endangered species 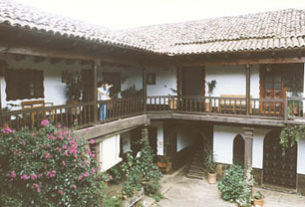