We pile into the packed car once again. Destination: Pátzcuaro, via Morelia. The drive is cool upon the skin, amidst mountains and water. It is good to move on, I reflect, as we flow up and down through wondrous space. Ajijic, for all its color and shops, fine food and primal beauty is not the Mexico heart I seek. It is more like, well, Mexico-lite. I cannot imagine the likes of Diego Rivera living there today. We found D.H. Lawrence’s home in Lake Chapala was on the market for an excessive price. A home once lapped by the grandiose lake, now a great distance from poisoned shores.

It was a visit to Guadalajara that brought perspective to Ajijic — when I walked into the Instituto Cultural Cabañas, lay down on the hard benches and gazed up at José Clemente Orozco’s “El Hombre de Fuego” . Dark, powerful, pain and blood-soaked murals. Imagine. Imagine the man who took on Hitler and the Pope and Father Hidalgo. And then return to today’s Ajijic.

We go to cities to lose ourselves. We go to the country to find ourselves.

The perfect climate and hefty ex-pat village was not enough for the gay owners of an expansive villa on the far shore who were giving it up to return to Texas. Or for an elderly couple from Indiana, eager to negotiate a sale. Or the lovely lesbian woman pulling her depressed self back to British Columbia. And the life-giving lake, so hauntingly described in the writings of D.H. Lawrence, drowns in political promises. No doubt new, excited ex-pats full of energy and hope will fill the void left by those who depart, but community is only as healthy as its landscape-Mother.

We roll into Morelia, by far the most exquisite city we have seen on this trip. We are on our way to the Catedral. A gay friend had told us not to miss it. Within its walls was the “biggest organ in Mexico,” he laughed.

We learned, in Morelia, that it matters not how wide the boulevards, how spic ‘n span the parks, how affable the people, mordida lives. I turned down a one-way street, immediately saw my mistake and turned around, but alas, too late. A young, trim policeman began blowing his whistle and ran over to the car. He blurted out the offense in staccato Español, and asked for my license. Anxious and in a hurry to please, I reached into my money belt, pulled out my license and handed it to him. I also inadvertently revealed the rest of the contents: cash and credit cards. Somewhere in the car was a copy of my license, but it was not in the glove compartment, where it should have been, in easy reach of a white-knuckled Nellie.

He glanced at the license and requested quinientos pesos. “No entiendo, Señor.” Sure we understood, and no way were we paying 500 pesos! We were friendly. Humble. And acted like gringos without a clue. “Lo siento. Lo mucho siento.” Tom and I sat, kept glancing at one another, and gave the situation our best sad, exasperated looks. The policeman called over another policeman, who took out his ticket book and pointed. “Si!” I said, and asked him to give us a ticket. I may have screwed up royally and already handed him my original license, but I remembered this part of mordida-prep. They didn’t want to give us a ticket. They wanted pesos. Cash in the pocket with no record.

After 15 minutes of “lo siento” I politely said, “Señor, vamos a la Catedral!” The cops, at their wits end, looked at one another, handed me my license, and waved us on. Tom briskly handed them a 50- peso note. In the spirit of the “game”, and thank God, for returning my license.

We celebrated our escape with mushroom crepes and pasta with pistachio and pine nut cream sauce at the elegant Fonda Las Mercedes. If one wishes a metaphor for Mexico that serves luscious food, this is it. Gardens, carved stone spheres, sculptures, statues – surprise, mystery and beauty carried from room to room. We walked along the bustling plaza to the Catedral, viewed the magnificent pipe organ, and high-tailed it outta Morelia.

On to Pátzcuaro! We were about to enter the Mexico we longed for. 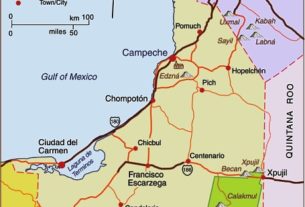 A tourist’s guide to Tuxtla Gutierrez, Chiapas: What, how and where?