It was like following three battleships. The shoppers rolled away like bow waves before the three “cargadores” who churned toward them with two hundred pounds of produce on each of their hand carts.

“Aguas, ahi va el golpe!” – watch out, here comes a hard knock! – the warning cry scattered people out of the exit aisle of the mercado.

A fully loaded handcart is hard to stop.

The “cargador” is a guy who earns his living pushing loads around the mercado for sellers and buyers. He works on demand. He’s strong, dirty, smelly, and works cheap. He’s always in a hurry and gets right of-way at “la de ya” – that means, RIGHT NOW!

A tiny woman was leading this flotilla. Outside, they commandeered the street as they had commandeered the aisle. Only the semaphores stopped them. Should we follow them? Curiosity got the best of us. After five blocks and two turns they dropped anchor at a yellow tin shed where the woman talked briefly to the man inside.

It looked for all the world like a taxicab stand but it wasn’t. It was a truck stand, a place where you rent trucks. A sign on the shed said it was “truck site number 11” of the city. Waiting along the curb were a half-dozen trucks of various sizes, ranging from the big “torton,” Mexico’s 2×8 workhorse, to much more modest stake trucks.

The woman chose a pickup. She was a produce dealer, distributing merchandise to outlying “pueblos.” She had resorted to renting a truck when her own vehicle broke down. These trucks are in good repair and clean. The drivers are independent draymen who work out of this city-recognized “sitio.” They pay dues to their union and taxes to the city. The owner’s name and location of this “sitio” is painted clearly on the cab door of each truck. Much of their business is moving furniture.

Need to make a cheap move “la de ya?” Go the nearest mercado and ask a “cargador” where the nearest “sitio” is for trucks. The truck driver will furnish some of the “mano de obra” – labor – himself and can arrange for other roustabouts to help him. 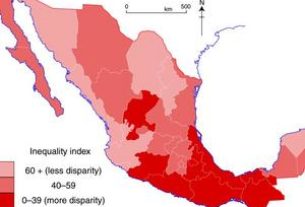