The history of Mexico has generally been written by outsiders, Spanish Conquistadors, Catholic missionaries, and most recently by archaeologists and anthropologists. Consequently Western ideas of historiography have dominated the writing of this history. Our concept of history, along with its method and purpose, begins with the ancient Greeks, although different historians may approach the subject from very different angles. Some historians see history as an unfolding of some master plan or divine purpose, others view it as a series of unique unrepeatable events or “happenings,” which simply follow each other in mindless succession without any purpose. When we turn to the native historians of ancient Mexico, we find ourselves in a different world again. Many of the familiar guidelines are still there, such as calendrical dates, chronological sequence of events, and running narrative or commentary on notable events and famous personages. However, there are some fundamental differences. In ancient Mexico an accurate calendar was essential because the fate of the universe depended upon the ability of the Maya priest or seer to read the signs of the calendar. By doing so, he could predict the fate of the next time cycle. The two main systems of writing in Mesoamerica were quite capable of conveying much historical information, but they had to be backed up by a strong oral tradition based on the reading of the hieroglyphic codices. Finally, the Mesoamerican concept of history differed from the European tradition in the emphasis placed on what we somewhat condescendingly refer to as myths and legends. However we, too, have our own myths and legends that influence our view of history. Besides, “One man’s myth is another man’s history” (Voltaire).

Time and circumstance have decreed that most of our knowledge of the ancient Mesoamerican concept of history comes from the Maya, the Aztecs, and the Mixtecs. Other high cultures, such as the Tarascan and Zapotecs undoubtedly possessed an equally strong sense of their own history. However, the early chroniclers and historians of New Spain tended to concentrate on the Maya and the Aztecs. Consequently, we know a great deal about the Conquest of Mexico and the overthrow of Mexico-Tenochtitlan at the height of Aztec civilization because the Conquistadors kept detailed records of their military incursions. Missionary monks, like Sahagún and Durán, also preserved many native traditions and beliefs, if only to obliterate them in the minds of the people. Through the works of these early colonial historians and what remains of the native records we are able to reconstruct to some extent the pre-Hispanic view of history held by the Maya, Aztecs, and others.

How can we know what the ancient Maya or Aztecs thought about their own history, or any other subject for that matter? To what extent can we enter into the minds of a people apparently so remote from us in time and in their mode of life and thought?

Some readers may well ask, why bother? Let me suggest a few reasons. First, the story of the Conquest of Mexico is fairly well known to many, at least from the point of view of the Conquistadors and later foreign researchers and writers. But there is another side to the story, which is not so well known – that of the vanquished victims. In The Broken Spears, M. Leon-Portilla, a leading Nahuatl scholar, attempted to redress this imbalance by presenting an account of the Conquest as seen and experienced by the Aztecs themselves. But this is still only a small part of the whole story. With the decipherment of the Maya script and the advancements in the interpretation of the historical-genealogical Mixtec codices, among others, we can begin to fill in the picture. Secondly, by making the effort to understand an apparently “alien” culture, we can gain a different perspective of our own society. What may seem at first strange, bizarre, even barbaric in Mesoamerican society may upon examination turn out to be closer to home than we realize, or care to admit. Thirdly, the subject matter is fascinating, at least for those who take an interest in such esoteric matters.

The history of Mesoamerican research has, understandably, been dominated mainly by archaeologists and anthropologists. While I stand second to none in my admiration for the work of these researchers, the mute stones of the magnificent archaeological structures at Chichen Itza, Teotihuacan and elsewhere can tell us only so much about the intellectual, religious, and personal lives of the builders. In the introduction to his translation of the Quiche Maya Popol Vuh, M. Edmonson, a foremost translator and interpreter of Maya texts, states: “My interest in the Popol Vuh is primarily ethnological rather than linguistic, religious, philosophical, or literary.” As an anthropologist, he was quite right to make clear his stance from the very beginning. However, in my view, this narrow approach has hindered the acceptance of native American literature as part of the world’s literary heritage. Likewise, native views of history are often not taken seriously because they do not fit preconceived notions of what history should be.

Some years ago I visited Dr. Edmonson at Tulane University, New Orleans, with a proposal to combine my studies of Greek and Latin language and literature with his research on Yucatec and Quiche Maya texts. I thought that even in its fragmentary condition, Nahuatl and Maya literature deserved a place beside the Greek and Latin classics. His answer was honest and straightforward, although I disagreed with him. I was told I would have to go back to school and take a full anthropology course first, even though I already had full honours degrees in Sociology and Classics. I mention this incident not to criticize specialized researchers in the field, but only to point out that academic or job specialization, while important and necessary in one’s chosen career, can sometimes be counter-productive. The comparative approach at least allows us to see things in a broader perspective.

In general the Maya, Aztecs, Mixtecs and others shared similar concepts of history, which they were able to record in various ways. Before the Spaniards introduced the Roman script into New Spain and the Indians began to write their history in the European style, they had already developed two main writing systems: Maya hieroglyphs and the Mixtec-Aztec writing system.

Recent decipherment of the Maya hieroglyphic writing system has confirmed a strong phonetic basis to the script, along with pictograms representing specific objects and ideograms which evoke the “idea” of a thing or a concept. Using a combination of pictographic, ideographic, and phonetic elements, the Maya were able to write their own history. As a result, the Classic Maya have emerged into history and begun to speak for themselves. While the Spaniards destroyed whatever historical records may have been found in the painted codices, historical inscriptions have survived on stone monuments, such as the Temple of the Inscriptions at Palenque. We now know the names of rulers and have accounts of their exploits and records of the succession of family dynasties at Tikal and elsewhere. The Maya writing system was, however, language-bound in that the Maya historian or scribe had to know Yucatecan Maya to read the codices and, at a much earlier date, the Chol dialect of Maya to read the inscriptions engraved on temples and stone stelae.

The Mixtec-Aztec writing system, on the other hand, depended more on pictographic and ideographic features than on phonetics or syllabic writing, although it had some advantages over the Maya script. By “reading” the symbols, a Mixtec-speaking scribe would have had little difficulty in understanding a painted book or codex sent by an Aztec speaker. The “Aztec” writing system consisted of pictographs or pictures of actual objects, along with certain phonetic elements. While this is writing only in a general sense, it is a very effective kind of “narrative drawing.” If a picture or symbol recalls a word or phrase in more than one language and so is not tied down to one language, it is not a phonetic system of writing but a pictorial one. If, however, the writing or picture recalls a sound or syllable other than the object depicted, as in English and other written languages, it is phonetic. To complicate matters, both writing systems may appear in the same glyph. For example, a picture of a net depicts a actual net (in Nahuatl, matlatl). With the suffix – tlan (place), we read Matlatlan (near the fishing nets), a city in the state of Hidalgo. Depending on the suffix added, this can also be read as Matlatzinco (place of the small net), etc. While these mixed forms of writing may seem cumbersome to us, they were backed up by a strong oral tradition. In the Aztec calmecac, or school of higher learning, students memorized legends, chronicles and history based on the reading of the codices.

One of the earliest forms of history is found in epic poems and sagas, which often have a strong historical basis. Sometimes what people think of their own history is more important than what actually happened. In the oral epic tradition, the bards and tradition-bearers celebrate the deeds of heroes and their victories and defeats in the Heroic Age. At some point these epic or heroic narratives are written down as the oral tradition passes into writing. Here we have a wealth of material in Yucatec, Quiche Maya, and Nahuatl, some of which bears comparison with the Iliad and Odyssey, and other great epics in the Indo-European tradition. In the final stage, chroniclers and historians begin to write history in the form of inscriptions, annals and chronicles. The importance of history to the Aztecs, for example, is illustrated by King Itzcoatl, who in A.D. 1427 ordered all ancient codices to be destroyed and replaced with the official Aztec version showing them as the direct heirs of the Toltecs.

Our main sources for the reconstruction of the Mesoamerican concept of history are pre-Hispanic codices and non-codical sources, such as engraved inscriptions and ceramics. From the colonial period we have written texts in the European historical tradition and post-Conquest codices and manuscripts in the native historical tradition. In the next column we shall look first at some of these codices as a primary source of indigenous Mesoamerican history. 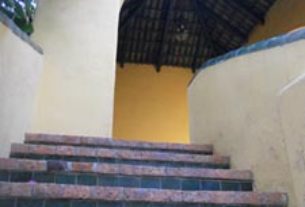 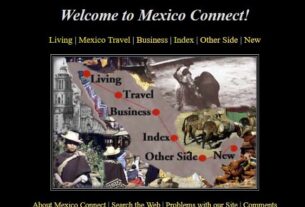