I have never been an ‘ aficionado’ or ardent fan of bullfighting, but during the summer of ’57 I went to the bullfights regularly while spending the summer in Mexico City as a student. It left a lasting impression on me. Since then I have only attended one bullfight, in Tijuana. I am motivated to write this article because of the attitude of disgust most North Americans express when the subject arises. Perhaps, more importantly, it is because of an unforgettable experience of witnessing the performance of a young matador during that summer of ’57.

To begin this article I will give you some general information on bullfighting. Because I am not an expert on the tradition a lot of the information comes from the EnCarta ’97 Encyclopedia program.

Bullfighting as it is today is rooted in thousands of years of historic tradition. A painting on a wall unearthed at Knossos Crete, dating back to around 2000 B.C. depicts male and female acrobats confronting a bull, grabbing its horns as it charges, and then vaulting over its back. Bullfights were also popular in ancient Rome. During the hundreds of year that the Moors of North Africa occupied Spain they refined the tradition to the point of being more of a ritual. The Moors, mounted on highly trained horses, confronted and killed the bulls, on occasions connected with festival days. The Spaniards were responsible for bringing the tradition of bullfighting to Latin America.

Most matadors come from bullfighting families and begin to learn the art very young. A lot of money may be involved. Some bullfight rings seat thousands of spectators. Some matadors have become multi-millionaires. A great matador may earn as much as $25,000 for one bullfight. A sought after matador may fight as many as 100 fights a year and may expect to be gored at least once. Many have died in the ring.

Fighting bulls are not like domestic bulls. Their breeding may go back hundreds of years. They are bred for their stamina and ferocity. The fame of a matador may depend on how good the bulls are that he fights. I assume bulls from good stock are also more expensive. Generally, a fighting bull does not enter the ring till he is at least three years old (for beginners) and four years old for full matadors. Those selected for the slaughterhouse are usually younger. Incidentally, there is a ranch in Tlaxcala that breeds fighting bulls. (Also see ” The Foundational Bull Ranches“)

The performance of a matador is usually judged by the gracefulness of his movements, his tranquillity in the face of danger, and the extent to which he puts himself in danger. A good matador will amplify but control the risk he takes, “maintaining a balance between suicide and mere survival. The real contest is not between the matador and the bull; it is the matador’s internal struggle”. During an off season I was once given permission by a caretaker to explore a bullfight arena. I came upon a small chapel. In the quietness of the vacant structure I visualized a matador kneeling before the altar, humbly praying for courage and safety.

I refer to bullfighting as a ritual because of the old established traditions and because there seems to be something spiritual about it. It seems to say something about how we face life, and death. One of the basic passes of a matador is called the Veronica. It is named for the woman who held out a cloth to Christ as he was on his way to the crucifixion.

Now we will go over the tradition as it has evolved to this day. A bullfight is generally referred to as a “ corrida de toros” (the running of the bulls). A bullfight consists of six bulls, to be confronted by three matadors. It usually takes place later in the afternoon in an open arena. You are given a choice as a spectator of buying seats on the sunny side of the circular arena or on the shady side. Since bullfights normally take place in the summer in Mexico, the shady side is usually preferred.

The bullfight begins with the entrance of the three matadors, each followed by his assistants, the banderilleros and the picadors. They march into the ring to the accompaniment of traditional paso doble music, which makes a grand entrance. ”The matador wears a costume consisting of a silk jacket, heavily embroidered in gold, skintight pants, and a montera (a bicome hat). This ‘ traje de luces’ (suit of lights), may cost several thousand dollars, and a famous matador must have at least six of them a season.” I would suppose that if he is injured by the bull he needs more, and if he is killed he may need fewer.

The bull is freed from his confinement and enters the ring through a toril, or bullpen gate. He is mad. And now he is confronted with the matador. He charges at the large red cape that the matador holds and moves in front of his body, but when the contact is made the body is no longer there. The matador executes a series or maneuvers, or passes, which are usually ‘ veronicas’. If the passes are well executed, the spectators shout “ Ole” in unison, a shout of approval. The fierce bull, which probably weighs over a half-ton, charges at the cape, not because it is red but because of the movement, and perhaps because he thinks he will nail the matador. Their natural instinct and centuries of breeding cause them to charge at any large moving target.

The second part of the corrida consists of the work of the picadors, bearing lances and mounted on horses which are well padded. The picadors wear flat-brimmed, beige felt hats called castorenos, silver-embroidered jackets, chamois trousers, and steel leg armor. After three lancings, generally, a trumpet blows and the banderilleros enter. Working on foot, they will rush at the bull, and skillfully, avoiding the horns, place the banderillas (brightly adorned, barbed sticks) in the bull’s shoulders. They wear costumes similar to the matador except the jacket and pants are embroidered in silver instead of gold. I have also seen the work of the banderillos done on horseback, which can be very impressive.

Although the bull probably been weakened and slowed, he has also become more wary, and it is in the next phase where most gorings occur. After the banderillas have been placed a trumpet sounds and the matador enters. With the serge cloth of the red mulete draped over a long slender sword ( estoque) he begins what is called the faena, the last act of the bullfight.

The basic muleta passes are the ‘ trincherazo’, generally done with one knee on the ground and at the beginning of the faena; the ‘ pase de la firma’, simply moving the cloth in front of the bulls nose while the matador remains motionless; the ‘ manoletina’, where the muleta is held behind the body; and the ‘ natural’, where the estoque is removed from the muleta, making it a smaller target. This can be the most dangerous pass since the bull may be tempted to charge at the larger object, the matador. Finally the matador, erect, feet together, lines up with the bulls horns, and with a forward movement, drives the sword between the horns and between the shoulder blades. If done properly, the bull may drop to the ground immediately. If not done properly the matador has placed himself in a dangerous position. This part requires discipline, training, and raw courage. For this reason it is called ‘the moment of truth’.

The summer of ’57, Mexico City. It was the last fight of the corrida. The young matador had done well. It was the ‘moment of truth’.

Something went wrong and the angry bull swung his head and a horn caught the matador under his rib cage. The assistants rushed into the ring to distract the bull as the young matador lay on the ground. The medics rushed into the ring to care for him. They tried to carry him from the arena but he refused to go. He unsteadily rose to his feet. His assistants reluctantly handed him the muleta and estoque. He calmly faced his deadly adversary once more, his beautiful jacket soaked with his own blood. The arena became hushed. His slender body became rigid and he raised himself to the balls of his feet, aligning the estoque between the bull’s horns. Sunlight glittered from the long steel blade.

The bull was motionless as though he were mesmerized by the moment. Then, with the gracefulness of a ballet dancer, the matator rushed forward and deftly plunged the estoque deep between the shoulder blades, and the bull dropped to the ground.

The bull ring was showered with flowers. The next day the front pages of the Mexico City newspapers honored this young matador with fotos and tales of great courage. 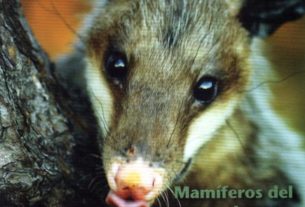