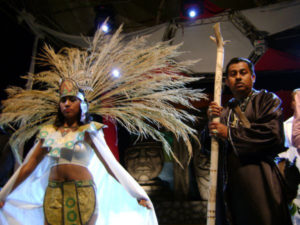 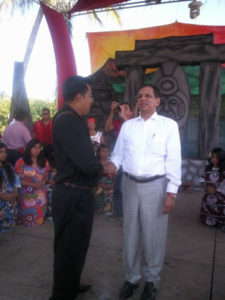 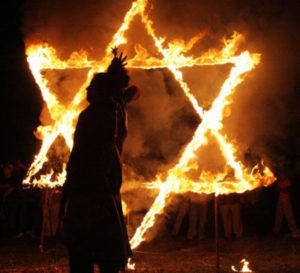 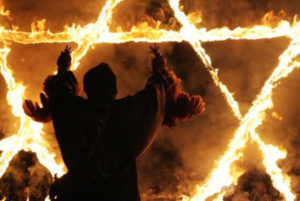 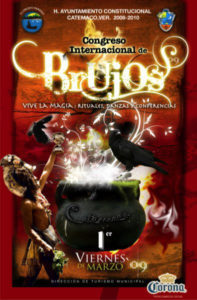 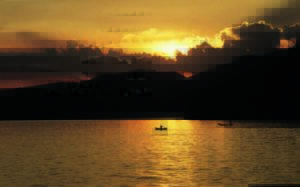 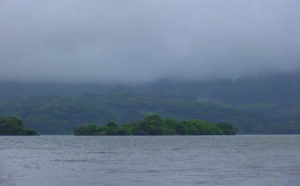 This Veracruz town hosts the annual National Congress of Sorcerers. Magic-filled stories abound in Mexico: curanderos claiming to cure illness with herbs and special oils and sorcerers insisting they can bring back straying spouses or cast evil spells on enemies. A Mexican union leader travelling to Africa to partake in a “black magic” ritual sacrificing a lion in hopes of gaining political ground back home. And Mexican presidents seeking witch doctors’ guidance on public matters.

As unfathomable as these stories may seem to some, they cut to the heart of spirituality in Mexico, where many — regardless of their socioeconomic status — give credence to the power of brujeria (sorcery), whether good or evil.

Catemaco, Mexico’s capital of sorcery, lies at the spiritual crossroads of the Catholic faith (Catholic saints are generally invoked during prayers) and pre-Hispanic indigenous rites, an uncomfortable union that eventually led to the birth of today’s witchcraft practices. The small Veracruz town of 35,000 located in the Los Tuxtla region is the host of the annual Congreso Nacional de Brujos de Catemaco, officially known as Ritos, Ceremonias y Artesanías Mágicas (Magical Rituals, Ceremonies and Handicrafts) since 2008, when the name was changed in the wake of wide condemnation from the Catholic Church, which rejects the idea of a sorcerers’ gathering.

The three-day event begins at midnight on the first Friday of every March and features about 200 shamans, healers, herbalists, psychics and fortune tellers, as well as thousands of visitors from across the country.

“At midnight on March 4th, both the good and evil gates will open,” said Jaime Bervon Azamar, a 47-year-old warlock referred to as the brujo mayor, or high priest, who will lead the misa negra (black mass). The traditional ritual marking the beginning of the event is held on a Catemaco lagoon shore. “I work in white magic and black magic. I also practice exorcism — possessed people come to me and I take the devil out of them. I do any type of trabajo (spiritual job) people ask for.”

The witchcraft business may put an incredulous smile on the skeptic’s face, but many Mexicans view it as a way of life. Over the years, Catemaco has lured such high-profile public figures as former presidential candidate Andrés Manuel López Obrador and PRI leader Beatriz Paredes. Veracruz Governor Fidel Herrera Beltrán, who unsuccessfully pushed for the creation of a national school of sorcerers in Catemaco, takes an active role in organizing the event and hardly ever misses the opening ceremony. 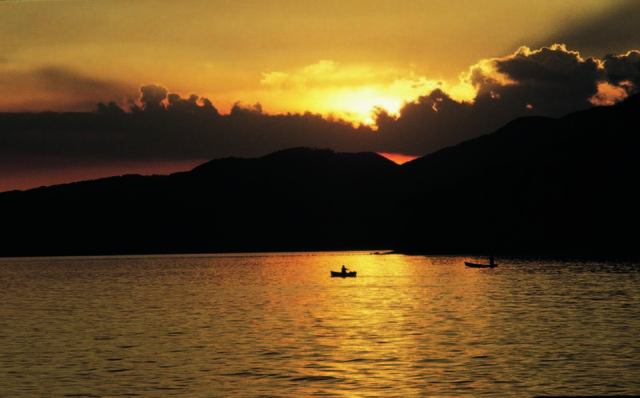 A spectacular sunset over the Catemaco lagoon in Veracruz. The Los Tuxtla area has been likened to paradise. © Secretaria de Turismo de Veracruz, 2010

“What people usually want is spiritual protection,” continued Bervon Azamar, who has practiced sorcery from age 13.

Limpias (aura cleansing of evil forces or bad vibrations) and amulets for good luck are favorites among customers. A limpia could go for as little as $100 pesos while more complex acts, such as curing illness or helping find your significant other, could cost anywhere between $8,000 and $10,000 pesos.

However, José Gil Olmos, an investigative journalist for Proceso and the author of the acclaimed two-part book Los Brujos del Poder, feels the event is not as spectacular as one might be led to believe.

“The National Congress of Sorcerers is in reality nothing more than an event attended by witches from the Veracruz area and not from other parts of the country or other countries, as generally believed,” he said. Olmos also offered a few warning words. “A lot of the witches are con artists, so you have to ask around for the real ones.

“The congress has become a tourist event and the mayor usually throws a few nighttime shows in the program so that people can dance and get drunk. So if you go looking for a surprising sorcerers’ congress, you end up attending a show,” Olmos continued.

He added: “The first night is special. That’s when both black magic and white magic rituals take place and, considering Catemaco is a beautiful place, it is worthwhile visiting.”

The mysticism-infused town is one of three pueblos — San Andrés Tuxtla, Santiago Tuxtla y Catemaco — forming the jungle-covered Los Tuxtlas, a place of natural beauty in southern Veracruz on the coast of the Gulf of Mexico. The lush area served as backdrop to Mel Gibson’s 2006 film Apocalypto.

Julián Organista Barranco, head of tourism in Catemaco, says about 5,000 participants are expected to show up on the first night alone.

“The black mass ritual (is) one of the highlights of the event,” he said. Organista Barranco put the price tag of the event at $800,000 pesos. “The importance of the event lies in the tradition of our ancestors, something that has given us world fame as la tierra de brujos (land of sorcerers).”

While the practice of witchcraft goes back to ancient times, the actual congress was founded by the late brujo mayor Gonzalo Aguirre and was first held in the 1970s.

The National Congress of Sorcerers of Catemaco runs from March 4 to March 6 and is expected to inject three million pesos into the local economy. 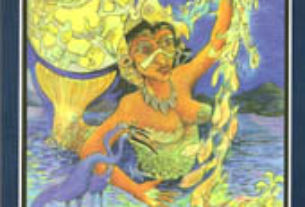 First Stop in the New World by David Lida: an interview with the author