One day Mary and I decided to go to the nearby town of Tequila where, of course, they make tequila. There’s a train you can take from Guadalajara to Tequila on Saturdays. Lots of tourists do this. I’d read articles in guidebooks that described whole groups of people getting stone cold drunk during drinking contests. Maybe they should name the train, “the vomit comet” on its return trip.

Mary and I decided to forgo the train and to take my car instead (we had overslept anyway). We fumbled our way to the edge of town and found the entry ramp to the cuota (toll road) to Tequila. If I remember right, it cost us about $6.00 US to drive the 30 miles to Tequila. The road was really nice, excellent scenery and all that, but the toll was far too high.

You can see Tequila from the cuota. It’s way down below you. You take a winding road downward until you come to a train track. There’s a stop sign by the track, but most people just slow down and look both ways.

As you enter the town, be on the lookout for topes (pronounced toe-pays). These are speed bumps in the roadway, little mounds of pavement stretching across the road that can break axles and shock absorbers if you hit them going too fast. Some topes are wide and gently rounded ­ these you can drive over fairly fast. Others are narrow and sharply curved ­ these babies you definitely slow down for, they can shake fillings loose.

Most topes are painted with diagonal stripes of yellow paint, but don’t count on it. Topes often have a warning sign indicating their presence up ahead, but not always. Stay alert when you are driving.

“Because the tope has to extend all way across the road,” she replied.

“Well, why does the tope have to extend all way across the road,” I asked?

“Because otherwise Mexicans will swerve to avoid them,” she said.

This is a fine example of Mexican logic. Mexicans have a reason when they do something, but it may take some pondering to discover what that reason is. Once you figure it out, you realize that their reasons are perfectly logical. It’s just that their assumptions are different.

Another example of Mexican logic is the bathroom door I discovered in a restaurant. In order to enter the bathroom, you had to step over a doorsill sticking six inches up in the air. At first it made no sense, but then I looked more closely. The door itself was only about five and a half feet tall. If the sill hadn’t been raised, tall people would have had to bend down to enter the bathroom. Some of them would have forgotten and hit their heads. But nobody is going to forget to step over a six-inch sill. The high sill was perfectly logical. Why the short door? Who knows? Maybe taller doors were more expensive or not available when the restaurant was built. Whatever, the point is that the high sill was logical.

We rolled into Tequila and got lost in a maze of cobbled streets. We finally found the main square and parked the car. The square consisted of a raised platform with a gazebo or bandstand placed in the middle of it. We wandered around a bit until we spotted a young boy selling tickets. For about two dollars you could take a tour of one of the local tequila factories. We bought two tickets.

After ten minutes or so, a young woman appeared and led us to a waiting truck. We all piled in and she drove us to a gated factory. Considering what was inside, I’d have locked the place up too.

A guard let us in. Everybody had to don a blue hard hat and then we followed the woman into the factory.

The first stop was in front of several ovens. A big mound of agave was piled in front of the ovens. On the way to Tequila we had seen several fields of agave. Agave is a lovely blue-green bushy plant that takes seven years to grow to a sizable plant. It is harvested by whacking off its leaves with an iron blade called a coa leaving the core of the plant. The core looks like a big hundred pound pineapple. These get loaded into ovens one at a time by hand. The agave is steam heated until it softens. During this time sugars get released and the sugars are slightly caramelized.

Our guide told us that they had started using smaller plants because the demand for tequila is so great. That sounded suspiciously to me like eating your seed corn ­ sooner or later there will be a crunch. You can be pretty sure that prices will rise and quality will go down.

We walked around to the other end of the ovens where the agave is taken out of the ovens and run through a machine, which shreds and squeezes it. We were allowed to sample some of the agave before it got squeezed. It was sweet and juicy with a wonderful caramel taste. Next we climbed some stairs so we could look into vats of bubbling agave juice. The juice was bubbling because yeast was busy converting sugar into alcohol and giving off carbon dioxide in the process. I was quite surprised that the vats were open to the air.

There are yeasts in the air that convert alcohol to acetic acid (vinegar), but that didn’t seem to be a problem to the brewers. The young woman told us that years ago, before science discovered the exact needs of yeast, the workers would urinate into the vats to make the yeast more active. Being a home brewer myself, I tend to believe her. Thankfully, we now have chemicals that do the same thing in a more appetizing way.

Next we followed our guide to where the stills were located. We each got to sample a few drops of raw tequila as it dripped from a tap. Our guide popped off the cover of a large stainless steel vessel so we could look inside to see a large quantity of tequila that had collected. We trooped over to a tap were we could take a small shot glass to sample some tequila.

One guy had a second helping.

We walked over to a small building where we could see barrels of tequila being aged. Tequila is graded in two ways. One is by how long it is aged before being sold. The grades are joven, reposado, and añejo; from youngest to oldest. The other grade is by the temperature it is aged at. The barrels we could see through the windows were at ordinary temperatures. Our guide led us down some steps to an underground storage area where the really good stuff was being aged at a lower and more constant temperature. We couldn’t actually see this tequila. We could only look at the locked doors that led to the room where the tequila actually was. Those doors were covered with fruit flies trying to get in. I know how they felt.

We walked back to the factory entrance and surrendered our helmets. Everybody piled into the truck for the trip back to the town square. Once there, our guide invited us into a nearby building for more tequila tasting. We each got a shot glass and tasted several different tequilas including some flavored ones. Our guide said that the tequilas were available for sale, but Mary and I passed on that. We wandered back to the plaza telling each other what a bargain the tour had been for only two dollars.

We wandered around the square buying a few souvenirs and listening to the song “Tequila” being played at high volume to a bunch of people that looked like they were part of some tour group. Mary and I moseyed on back to the car and started out of town. We decided to take the free highway back to Guadalajara to save a few dollars and I for one am glad we did because we ran into a string of roadside shops that were selling tequila!

We found out that the shops buy tequila directly from the manufacturers in big barrels. They are legally allowed to then pour that tequila directly into five liter plastic bottles for sale to customers ­ untaxed!!! Can you believe it! Could you believe the United States would allow something like that? Do pigs fly? 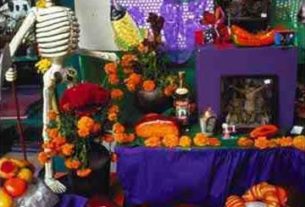 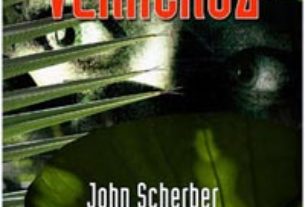