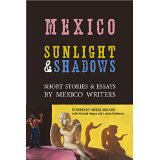 Edited by Mikel Miller with Michael Hogan and Linton Robinson
Egret Books (egretbooks.com)
Available on Amazon in Paperback (here) and on Kindle (here)

Over the past ten years I have published reviews of over a hundred books about, or set in, Mexico, and so I have discovered dozens of fine authors who, as I do, live here or spend lots of time here, and who indeed love Mexico.

Some of the books are outstanding. A few that come to mind immediately are: Linton Robinson’s 21st century classic, Sweet Spot; Michael Hogan’s moving collection of poetry, In the Time of the Jacarandas; Mikel Miller’s I Love Baja!, a playful romp through Baja; C.M. Mayo’s memorable historical novel, The Last Prince of the Mexican Empire; Robert Richter’s “Something” thrillers–Something for Nothing is the latest; Judy King’s Living at Lake Chapala, now a standard reference for those living at Lake Chapala (or anywhere else in Mexico for that matter); and of course John Scherber’s books, especially his Murder in Mexico series, two recent ones being The Girl from Veracruz and Angel Face.

Editor Mikel Miller, like the roosters at dawn in this little town of mine (Chapala),  has decided it’s time to crow about Mexico Writers. Mikel (Guadalajara) has organized more than one hundred and fifty of them into a group you can follow on Facebook at Mexico Writers, or on [email protected], or on Goodreads at Mexico Writers. With the help of two distinguished contributors—Michael Hogan (Guadalajara) and Lin Robinson (Tijuana)—Mikel has put together a collection of essays and stories by 23 different authors, all but four of whom live here full time, some of whom are internationally known, others of whom are just emerging.

As it turns out, all of those authors I mentioned in the opening paragraph appear here. Checking my own collection, I personally own books by over a dozen of those 23 authors listed in the interactive Table of Contents. Mexico: Sunlight and Shadows, is, by and large, a collection of established authors, talented, professional, in love with Mexico (or at least committed to it).

In the Preface, Mikel writes that “the combined contributions convey a better understanding of life in villages and cities all across Mexico: the USA borderlands, the Baja peninsula, the mainland Pacific coast, the colonial highlands, the populous central heartland, and the Yucatan peninsula.”

Following the essays and stories a brief Afterword tells us about the genesis of this anthology and its predecessors, which include a favorite of mine by C.M. Mayo, Mexico: A Traveler’s Literary Companion(2006). Next comes Contact Information for Contributing Authors with convenient hyperlinks to web pages. Finally there is a list of Recent Books by Contributors. Incidentally, a short bio for each author follows his contribution.

Mikel calls it “a sampler of sorts,” 23 authors. I will offer you a little sampler of sorts of the anthology itself, drawn from a handful of pieces picked almost at random.

In the opening piece, “Under the Cypress,” by Bruce Berger, the author finds himself in tranquil San Ignacio, “my favorite town in Baja California since I first saw it in 1968.” In one aside in the essay he meets a Chicano, in town for a few days to escape the tensions of his barrio in Los Angeles. He tells the author about his experiences in San Ignacio, “knocking on the unmarked door of a haircutter, to be told she was asleep and didn’t appreciate being roused. When he went out for his evening jog, an old man stopped him and asked what was the matter. On learning nothing was the matter, the old man suggested the Chicano slow down and stop setting a bad example. San Ignacio, lacking aerobics, is known for its centenarians.”

In “Los Tigres del Norte,” Michael Hogan and his wife Lucinda attend in Tlaquepaque a concert by the immensely popular norteño group, Tigres del Norte, playing to a crowd of 30,000 in a stadium like the Astrodome. The event is scheduled for 8 p.m. “By 11 p.m. the stage closest to the entrance is showing signs of activity.” They dance to the warm-up bands (Los Tigres del Norte arrives long after midnight) amid the much younger couples to music that “has much more in common wth aerobic exercise than ordinary dancing. Dance numbers here are not two and a half or three minutes…They may last seven, eight, even ten minutes as the lead singer composes (Homer-like) impromptu verses to a corrido….”

Michael looking at Lucinda, her eyes “shining with excitement,” muses that “There is nothing cuter than a girl in a cowboy hat. And, travel where you will all over this wide world, you will find nothing sexier than a girl in tight black Levi’s tucked into a pair of hand tooled Western boots.” About four in the morning, the author realizes “We are the only gringos I have seen here tonight and yet we both feel as perfectly at home as if we were at a bluegrass concert in North Carolina.”

He sums up his feelings about the inimitable Los Tigres del Norte this way: “They stretch the mind and the heart of the listener and do more than any other group to integrate the old Mexico with the new, to preserve the roots of those uprooted by the search for economic freedom, and to prove that cultural survival, pride, and integrity do not have to be sacrificed in the transition.”

Jim Johnston in “When I Tell People I Live in Mexico City,” tells us he has lived there since 1998 and “in that time I’ve seen it grow and change—mostly for the better.” Although with 25 million people “the tumult of noise and activity can be overwhelming, and the extremes of wealth and poverty unsettling.” It “isn’t really beautiful like Paris or San Francisco,” but on the other hand, “Unlike more demure European or American cities, Mexico [the common name for Mexico City] pours out onto its streets with unrestrained exuberance.”

John Scherber writes about a much smaller city in “Why San Miguel?” where he has lived for many years. Out of a population of 75,000, about eight to ten thousand are expatriates (mostly from the U.S. and Canada) and some of them “wander around wondering whether they’re living in the real Mexico or not.” Scherber tells us “Not too long ago…Condé Nast Traveler named San Miguel de Allende…the world’s best city to live in.” (Paris came in at #22.) Scherber also notes that Mexico is still “tracing an upward curve in its economic development. The middle class is growing here, if from a smaller base, even as the middle class in the U.S.is shrinking”

Moving to San Miguel (or to lots of other parts of Mexico), a gringo or gringa automatically is “granted a pass from the class system” and you can reinvent yourself “as if your overseer has vanished.” You have the choice to “justify your prior life or simply forget it.” Scherber assures us that “If you were a nun in your working life north of the border, you can be naughty down here without apologizing or blushing. If you were a plumber in Peoria, you can now be a photographer, a painter of portraits, or a poet….”

A very stimulating collection of essays and stories, and at $0.99 for the Kindle version, it basically costs nothing.

That Scherber piece has got me thinking: that plumber turned poet. I, on the other hand, have been a practicing poet for fifty years, and so perhaps it’s time to reinvent myself here in Mexico as a plumber, maybe in a little village near the Pacific, where the plumbing struggles as hard as the rest of the pueblo. I do handle joints fairly well and so that might be a really fitting occupation for me. And who knows what twists and turns might be just around the corner…a señorita aging but lovely, in late afternoon waiting for me in the plaza, pliant as new putty in the Mexican sun.

As the sun goes down, the two of us will  sip a little 7 Leguas tequila and fantasize about future plumbing delights. Later I’ll settle back in my hammock and reread a favorite short story or essay from Mexico: Sunlight and Shadows. And then I’ll probably doze off and wake up dreaming I was one of the contributors to this fine anthology. 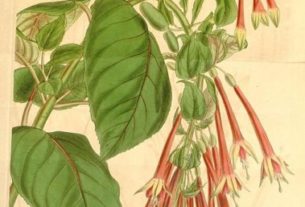